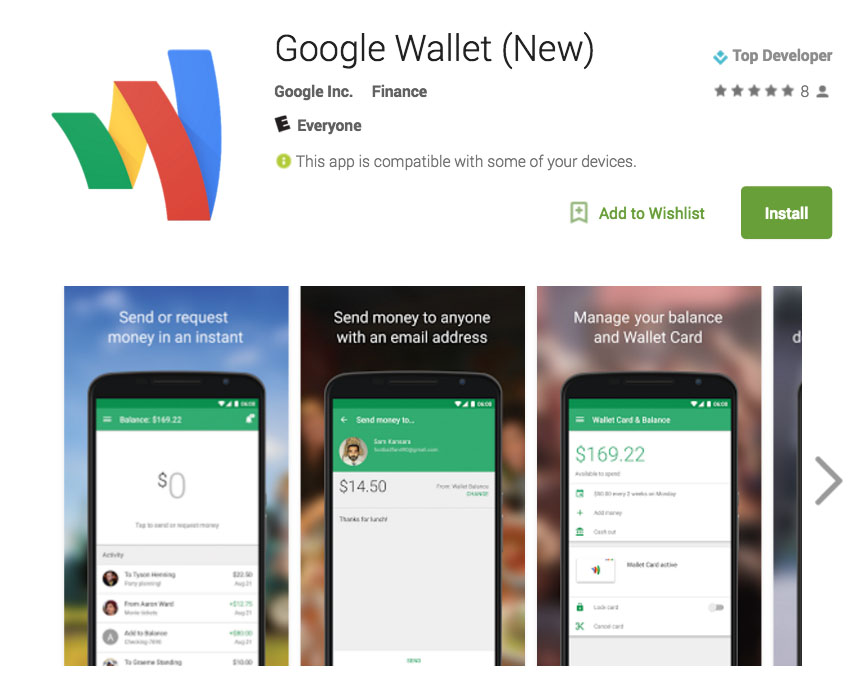 You can install it at the link below.

Update 2:  Here is Google’s announcement for the new Wallet app.

This new app is quite slick. From the quick ways to initiate payments between friends, to its control over the Wallet Card, it’s well done. With that said, bring on Android Pay.