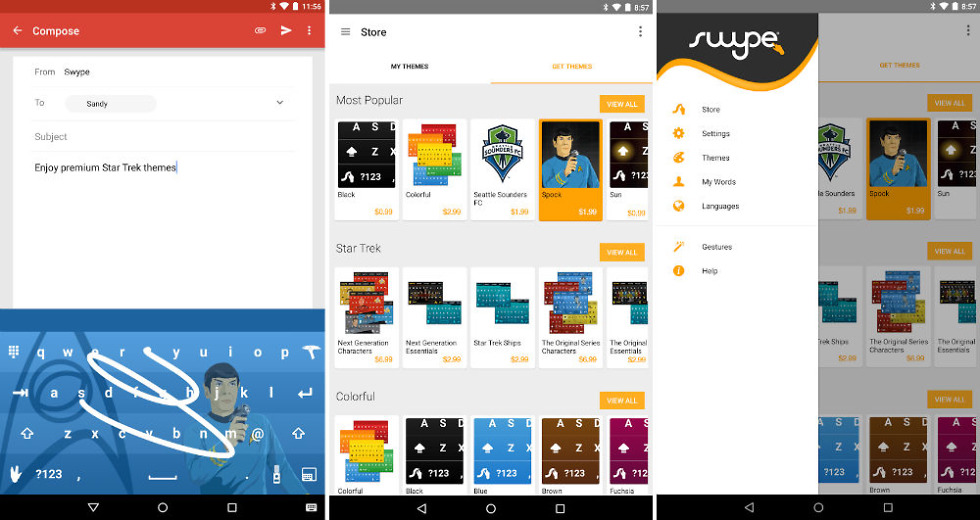 An update for the Swype Keyboard application brings additional premium themes to users, as well as a dedicated emoji keyboard – something everyone in 2015 needs apparently.

A few of the themes now usable should make the Star Trek fans in here extremely happy, as dedicated themes for predominant characters are available, such as ones for Captain Kirk, Captain Picard, and blueprint-like layouts for the USS Enterprise.

In addition to new Star Trek themes, users can utilize a solid emoji keyboard, perfect for sharing little faces for what you want to say, instead of using actual words. Swype also lists that auto-correction improvements have been implemented, as well as bug fixes and crash fixes.

To download the latest version, head on over to Google Play.