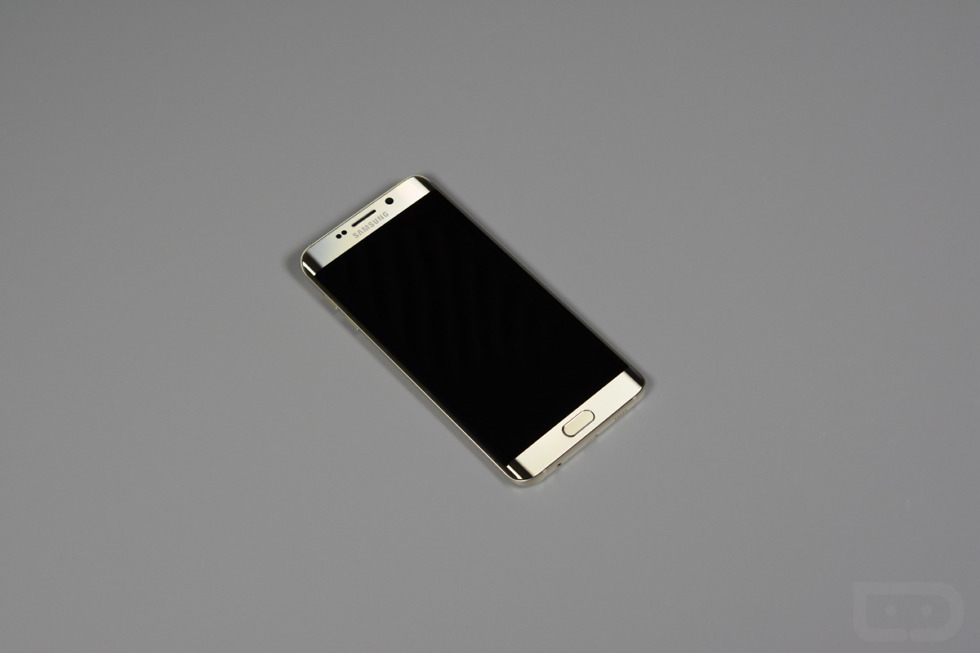 After having spent the last couple of months with a Samsung Galaxy S6 in hand, you would think that setting out to review the newly released Galaxy S6 Edge+ would be easy. And it is, actually.

People have joked since this phone’s unveiling that it’s nothing more than a blown up version of the original Galaxy S6 Edge, and as it turns out, that’s really all this is. It’s a Galaxy S6 Edge with a bigger display, battery, and more shine. Otherwise, it’s got the same set of specs for the most part, but it feels slightly different in hand. So yeah, reviewing a phone that’s a bigger version of a previous phone really is as easy as you would think that it would be.

With that in mind, understand that this is going to be somewhat short because well, we’ve already said just about everything there is to say about this phone in two separate reviews here and here. If you haven’t yet, be sure to read both of those, then come back to get the specifics about the differences from those phones to this one.

This is our Galaxy S6 Edge+ review. 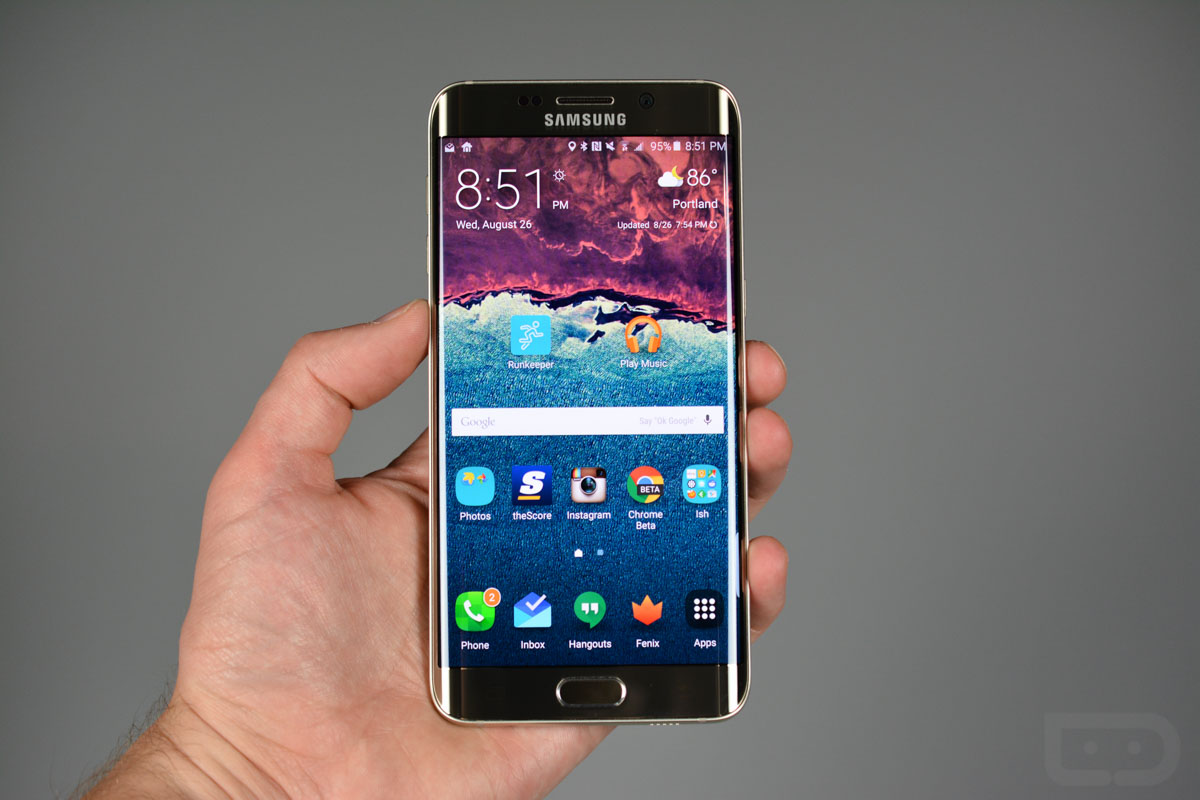 I mentioned this in the video comparison at the bottom of this review, but I’m confident in saying again that this is the best smartphone display I have ever seen. It probably has something to do with the way this gorgeous bit of AMOLED cascades off each edge or the fact that it looks like it was pasted to thinnest piece of glass ever used in a phone, making it seem like you are touching the wet ink of digital icons. Whatever it is, we need more of this.

The display might be large at 5.7-inches and with a ridiculously high QHD resolution of 2560×1440, but when you stare at it for even a couple of minutes, you kind of find yourself wanting more. You want to flip up a 4K YouTube clip, play a gorgeous game like Monument Valley, or snap macro photos of flowers, just so you can gaze into their beauty.

Seriously, this display is bonkers good. I’ve never seen viewing angles that hold clarity like this. I’ve never felt a display that is so inviting to the touch. And I’ve never seen details in something as simple as a wallpaper make my mouth drop so quickly.

The best smartphone display ever. Ever ever. 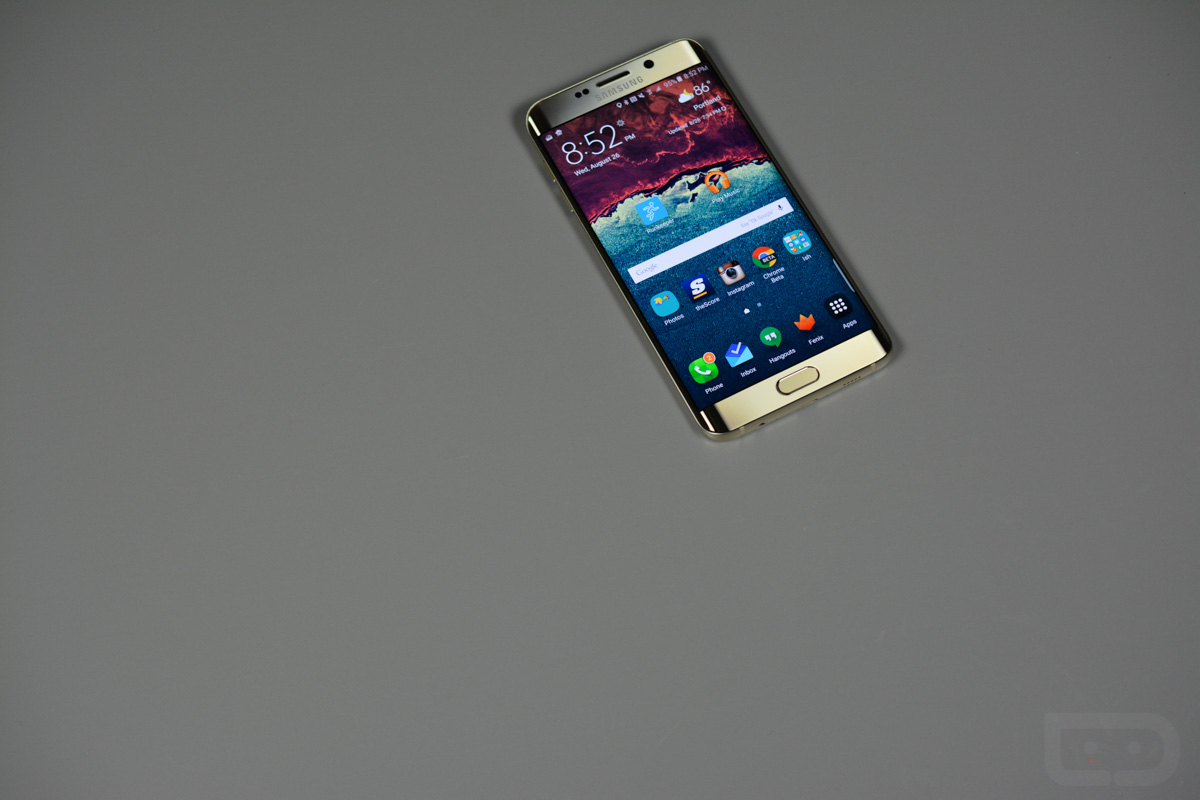 Like its littler brothers, the Galaxy S6 Edge+ features the best specs you will find in any smartphone. It has the best smartphone display ever (5.7-inch QHD, 518ppi), 64-bit Exynos 7420 octa-core processor, 4GB RAM, 3000Ah battery, 16MP rear camera (f/1.9, with OIS), 5MP front camera, fast wired and wireless charging, 32GB/64GB storage options, best-in-class fingerprint sensor, and a heart rate monitor, all wrapped up in a body that is made of metal and glass.

So far, even as we approach the end of 2015, no other manufacturer has included this kind of package. Some have come close, but this phone, like the Galaxy S6 and S6 Edge, is about as good as it gets.

This camera is pretty good. It’s very much similar to the 16MP f/1.9 camera found in the regular S6 and S6 Edge. As far as we know, it’s the exact same sensor. It’s still very fast at launching with a double-tap of the home button. It focuses instantly. It’s solid in low light situations. It snaps photos faster than all other phones not named “Galaxy.”

I’m not sure if the optimizations done here by Samsung haven’t made it slightly worse than those original Galaxy S6 devices, though. In the images I’ve captured and included below, they just seem to lack the sharpness and clarity that we saw in the regular Galaxy S6. The regular Galaxy S6 absolutely blew my mind, but this phone just isn’t doing that. Don’t get me wrong – the camera is still one of the best in the business, it’s just not the best. That crown still lies with its smaller brother. 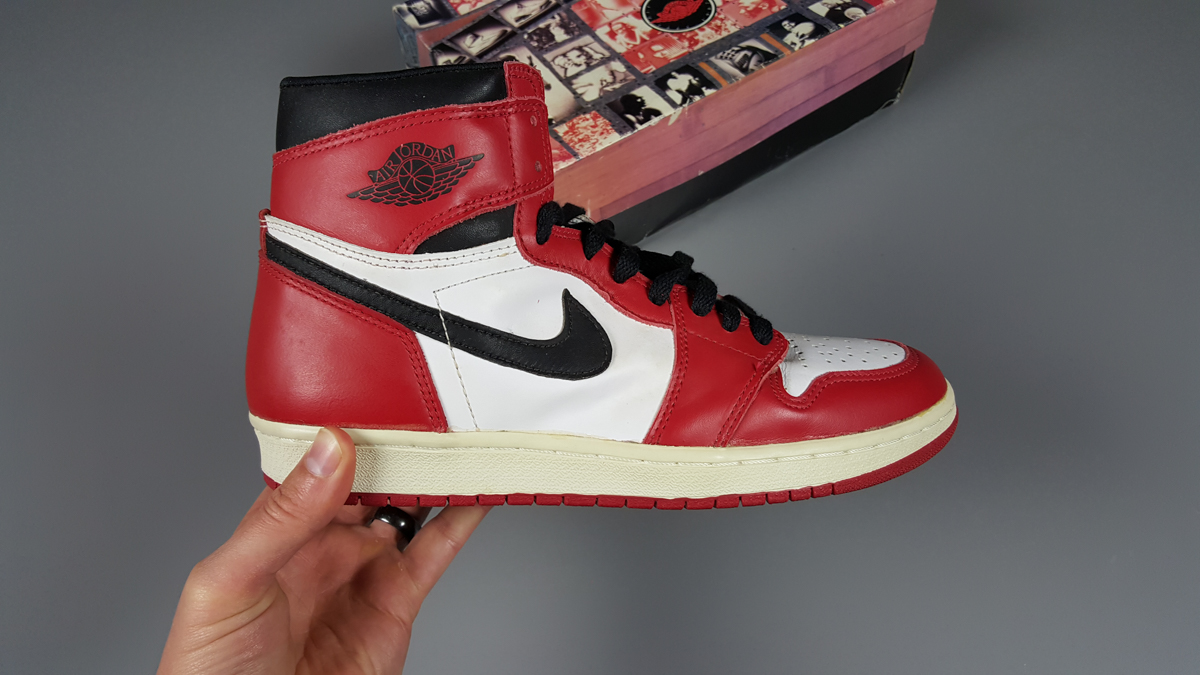 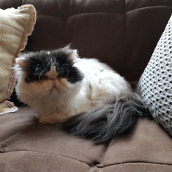 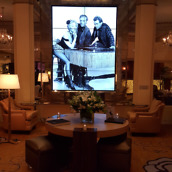 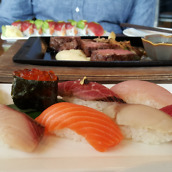 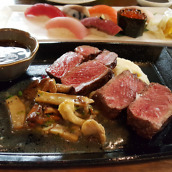 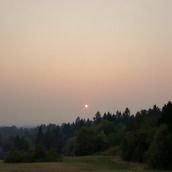 In my short time with the S6 Edge+, I’ve found it to have solid battery life. That surprises me since I can’t say that I have actually had anything nice to say about the battery life on the regular Galaxy S6. In fact, at this point, I’d go as far as to say that the Galaxy S6 has terrible battery life for a 2015 phone. This phone, though, even though it only jumps from 2600mAh to 3000mAh, seems to hold its own. I haven’t had a day yet where I finished work and didn’t have at least 35% left after a solid 2 hours of screen on time. 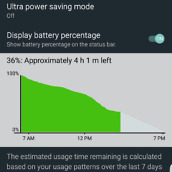 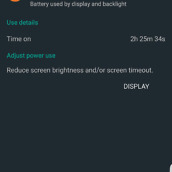 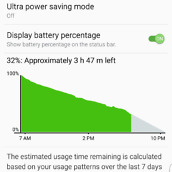 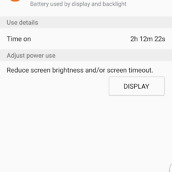 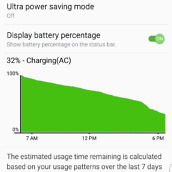 I don’t know that this is industry leading battery life here, but it’s good enough.

For the most part, performance on the Galaxy S6 Edge+ has been great. The phone is mostly blazing fast, handles any app I throw at it, and only occasionally stutters. It’s got an octa-core processor and 4GB RAM after all, so it shouldn’t have any issues. But even with next-gen specs, I’ve run into bugs or design flaws or something I just haven’t yet figured out how to describe that have made it slightly unenjoyable at times.

For one, within the last day, the phone has had issues waking up. It’s like it tries after I press the home or power button, slowly lights up the display, freezes, then times out and goes back to being dark. This happened to me for a good hour this morning, which meant I was unable to use the phone, even after 2-3 reboots. It eventually started working again and hasn’t stumbled the rest of the day, but I shouldn’t run into issues with my brand new phone where the phone is left useless for hours on end.

Edit:  I lied. As I was typing up this review and went to take another sample picture, it decided to freeze up with that wake issue for another 20 minutes. Fun.

Another issue I run into frequently seems to have to do the phone not recognizing touches, either from edges or the top of the phone. And yes, I am well aware that I just got done calling this the best smartphone display ever, but I was simply talking about how it looks. These issues, I actually don’t think are display related as much as they are the phone getting hung up and then reacting to touches late. Whatever the case, it can be frustrating.

And look, my T-Mobile Galaxy S6 has turned in the king of lag in recent weeks, so I can’t help but be nitpicky and hesitate in praising the this phone for performance. I just don’t trust Samsung to fully optimize TouchWiz. Almost all of their phones slow down after months of use or with the help of an update or two. 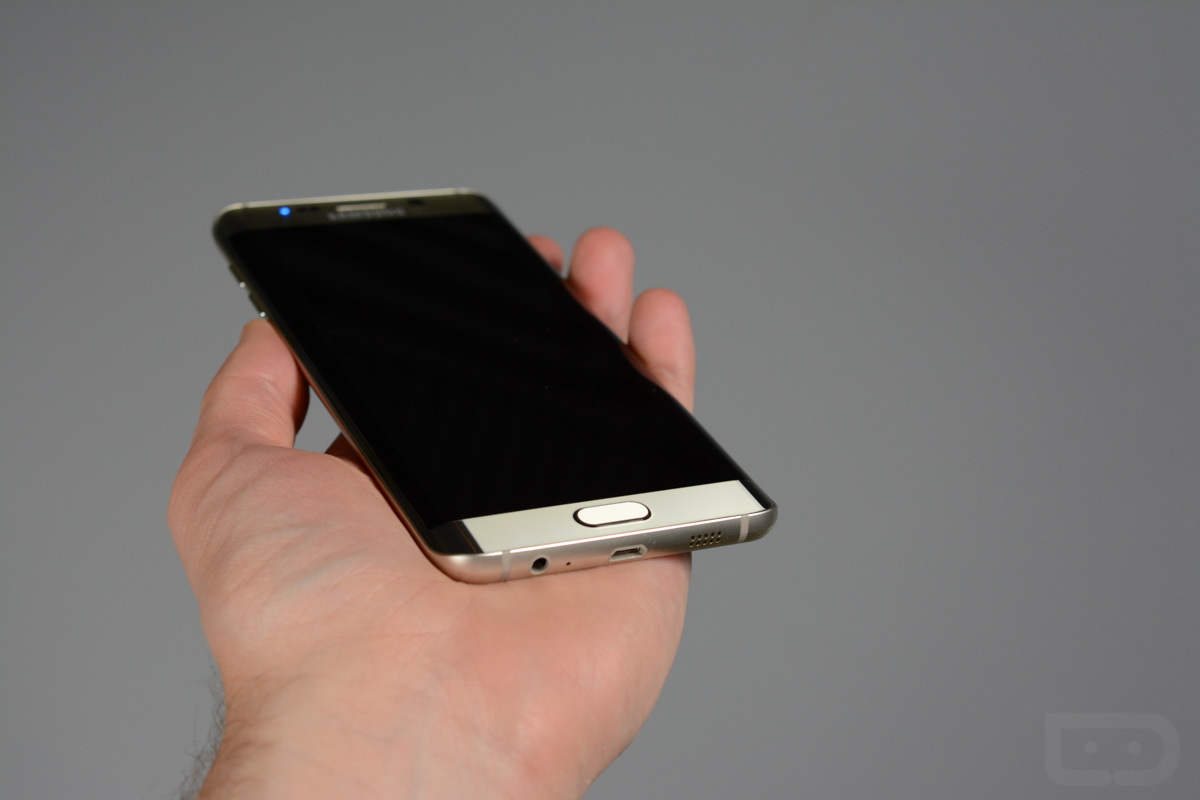 Do I like the design of the Galaxy S6 Edge+, or the regular S6 Edge, for that matter? Eh, it’s OK. I think it looks cool when sitting on a desk or in pictures. Do I find it enjoyable to hold in my hand? Not really. I like phones with curves that nestle in gently to your palm. I like phones that aren’t sloped at the edges, especially since Android utilizes side swipes to access things like menus. I like Android phones that don’t show constant vertical lines of glare on each side of their displays because their manufacturer decided to curve them steeply.

Call me a hater of change or innovation if you want. I just prefer a standard phone experience to a curved one that still hasn’t proven why it exists other than because a manufacturer wanted to prove it can be done.

Outside of the display, I do still enjoy the glass and metal combination of this phone, just like I did on the regular S6. It looks and feels about as premium as any phone I have ever held. This gold version that I’m testing isn’t exactly tasteful, but at least you have other choices.

Overall, Samsung did a heck of job putting together another incredibly premium device that looks like high-end jewelry. 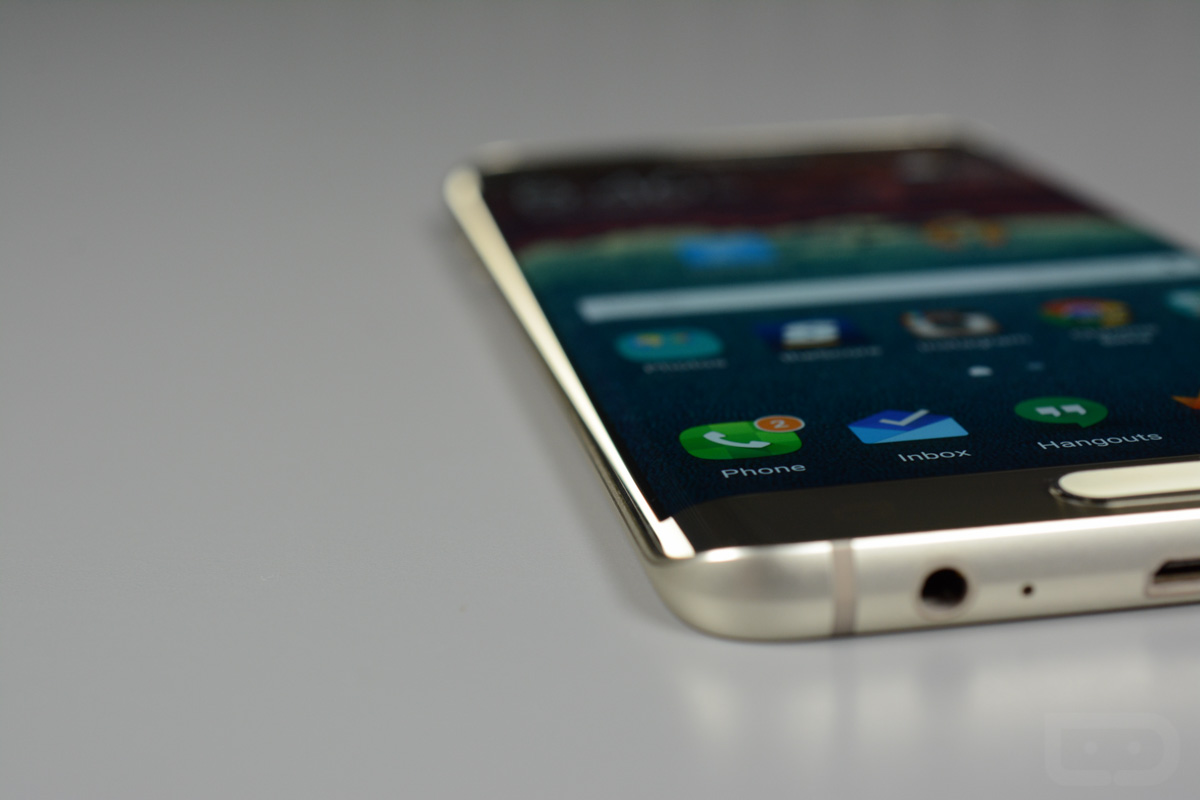 The software here isn’t really worth going into again, because it’s Samsung’s new TouchWiz on top of Android 5.1.1. The only new features introduced with the S6 Edge+ over the regular Edge can be found in expanded Edge add-ons. For one, you can now add up to 5 of your favorite apps to a second Edge page called Apps Edge. So not only can you swipe through and quickly connect with your 5 favorite contacts, but you can also access your 5 favorite apps.

Along with that new apps page, Samsung also gave us more customization within the Edge screens, like the ability to adjust the Edge swipe-out tab or by telling the phone that you want to be able to access the Edge from any screen, not just the home screen. That’s pretty much it, though.

If you want full software tours and thoughts, hit up those previous reviews of the S6 and S6 Edge. 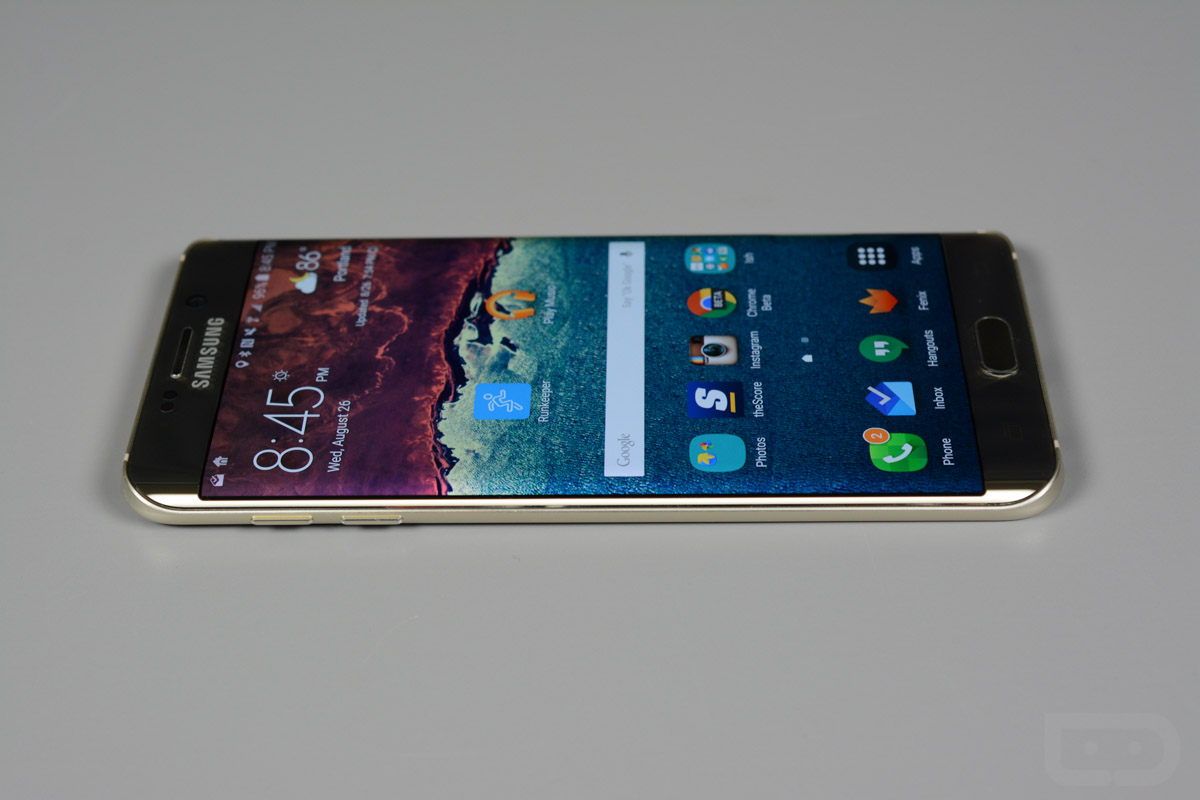 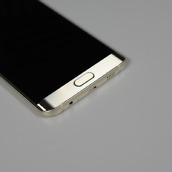 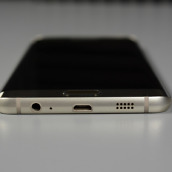 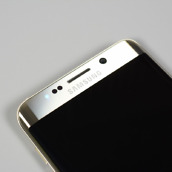 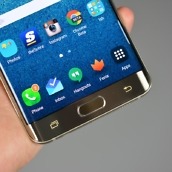 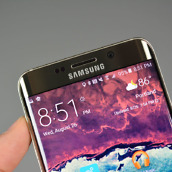 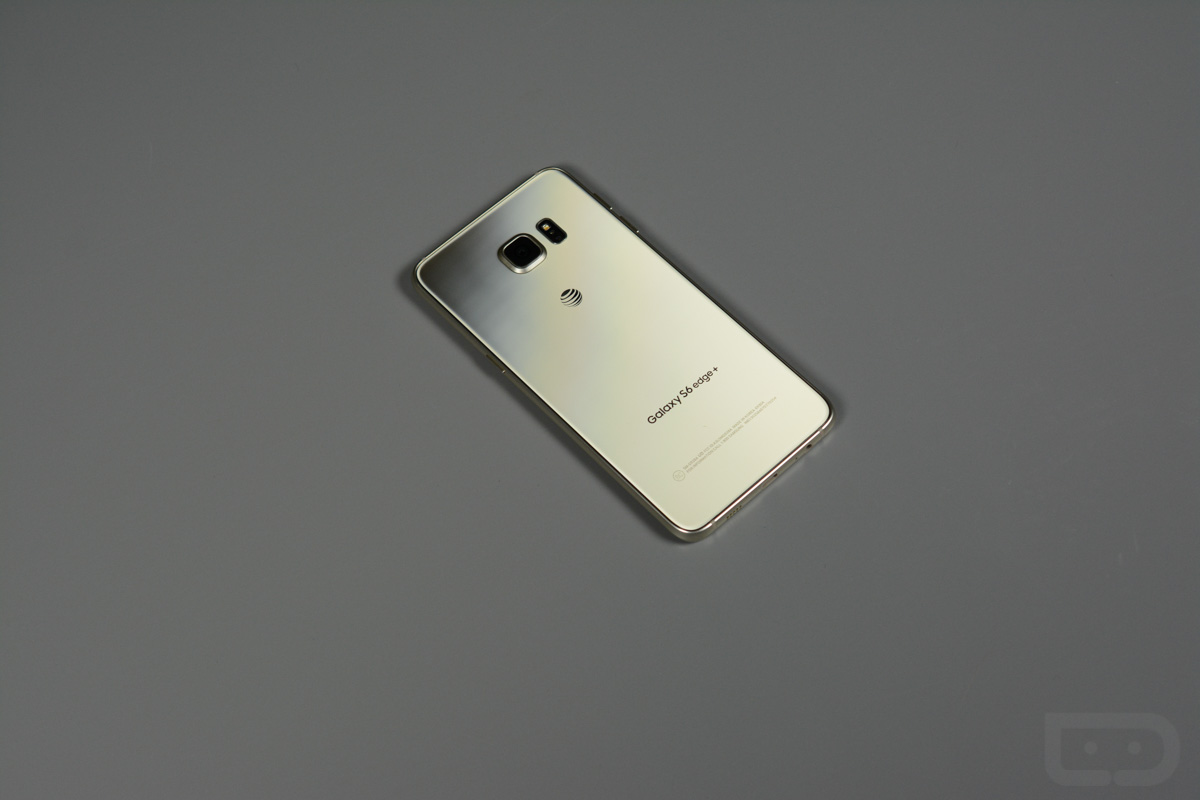 Oooh, the big million dollar question – should you buy the Galaxy S6 Edge+? If you do, please find a nickname for the phone, so you don’t have to say “Galaxy S6 Edge Plus” very often. It’s a tongue twister.

But back to the question at hand – should you buy this phone? It’s a really good phone. I personally wouldn’t go for this phone because I just don’t get this whole edge thing, but I also didn’t get it with the regular S6 Edge either. So at this point, I probably never will and that’s why I’ll just do that really obnoxious review thing and say, “You need to decide if the Edge is for you!”

In the end, you have an ultra-premium smartphone package that has few downsides. It looks great, has a top tier camera, and may use the best smartphone display ever. For some, those things are enough. For others, maybe a more traditional phone is the better option. I know where I fall.