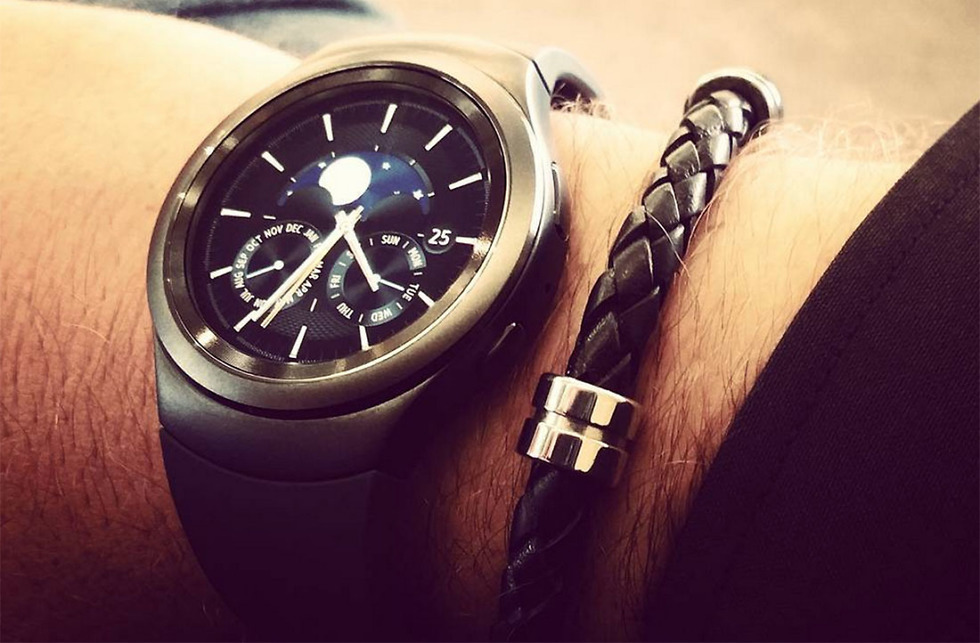 Samsung’s new round smartwatch, the Gear S2, will be here shortly – at IFA in Berlin in just over a week. We have already seen the device on the wrist and in the hands of models looking all sorts of modern, but today’s new image comes courtesy of a Samsung executive, who is  taking the round wearable for a “test drive.”

Oooooh, round watch that will only ever pair with Samsung devices, oooooooh. Oooooooh.

We also get to see a decent watch face with moonphase, date and day dials. It looks much classier than those fake reflective, embossed things that LG tends to put on its watches. Hey, the tech industry can be classy!

We still don’t know when this thing will be available for purchase or how heavily it’ll damage our bank accounts. September 3, though, will be here before you know it!