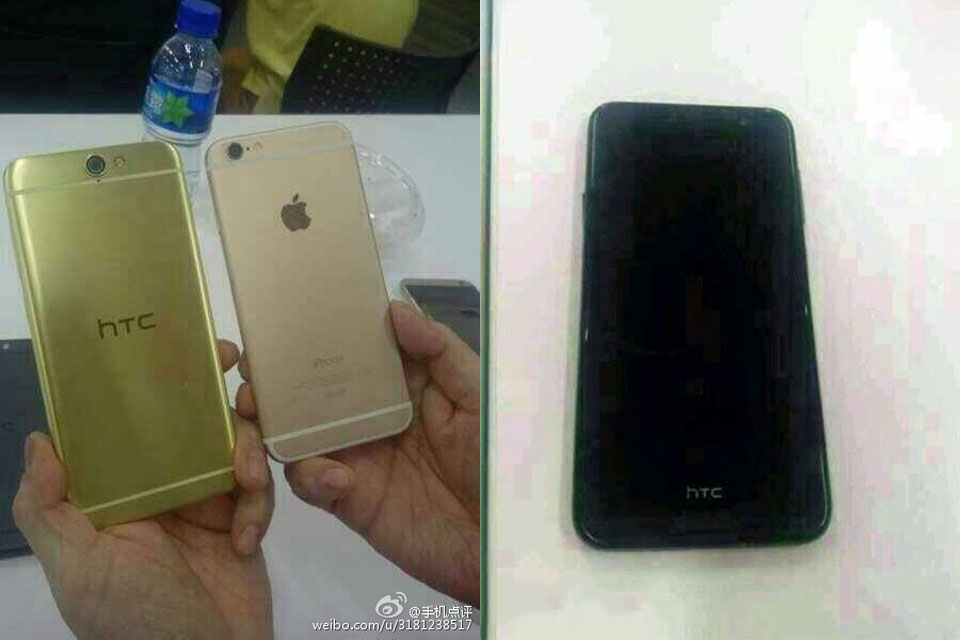 Yesterday, this really terrible render of a supposed upcoming HTC device surfaced that we almost instantly ignored. Why? Because it looked like a terrible Photoshop job of an iPhone 6, with an HTC logo in place of the Apple logo and the camera and flash centered. Otherwise, it was an iPhone 6. It was bad. So bad, that we laughed at how bad it was, then laughed again before dismissing it forever.

And then these photos arrived a couple of hours later.

I don’t know what to say.

Seriously, what? This can’t be reality?

I guess it worked for Samsung…

OK, please be real. This will be awesome.

Awesome as in, hilariously disastrous.

NOTE:  I see a recurring theme in the comments that I believe is completely missing the point and need to comment on it. Look, I get that HTC created the One M7 and M8 and they both included those familiar white bands at the top and bottom of the phone. That’s not the point here. We aren’t talking about white bands. The point is, this phone, from front to back, looks exactly like an iPhone 6, except that the camera is centered. The camera housing and flash are almost perfectly mocking the iPhone design. And have you seen the front of an iPhone 6? It’s all black, with softly rounded edges, just like we are seeing here, sans HTC black bar area.