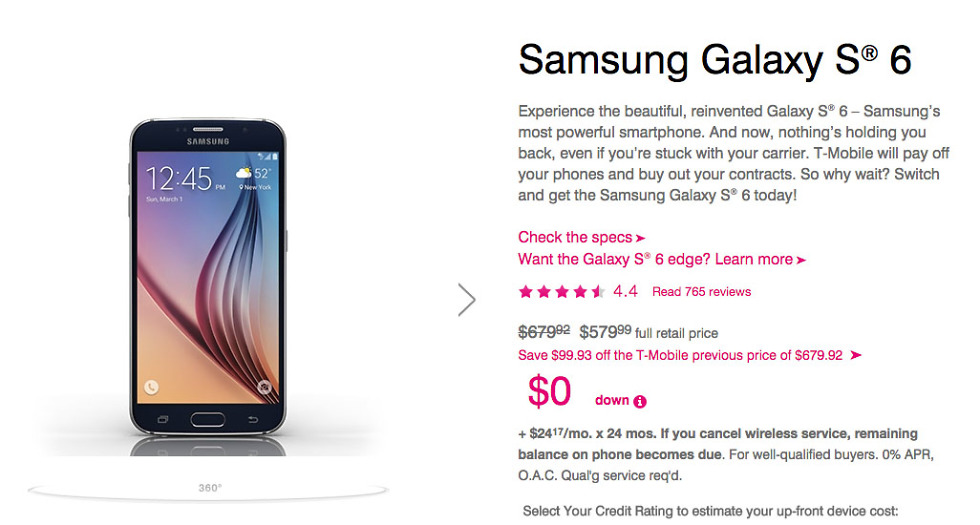 After reporting another somewhat disappointing quarter, Samsung said that we could see price cuts to its flagship phones, the Galaxy S6 and Galaxy S6 Edge. Either the  T-Mobile version is the first in line to receive those cuts or T-Mobile just feels like giving you and I solid discounts on a phone that is the best you can buy.

We’ll monitor the other carriers and let you know if they follow suit.