Last week, we told you about a new Motorola device that had stopped off at the FCC looking like the company’s next unlocked flagship phone. It featured a body bigger than the DROID Turbo, supported turbo charging, 802.11ac MiMo WiFi, LTE Advanced, and almost all of the US LTE bands outside of Verizon’s. We speculated that it is the rumored 5.5-inch QHD device currently hiding under codename “Kinzie.”

This morning, after looking through a couple of other recent Motorola FCC filings that could be new Moto G, E, or DROID line variants, we’re pretty sure we found the Verizon equivalent to the phone above. Well, it may be even better than that.

Let’s talk briefly about them all.

The phone we covered last week fell under FCC ID  IHDT56UC2, so it would make sense that an identical phone could be UC1, which we are seeing here. This phone sports the same exact dimensions, LTE-A, MiMo WiFi, and turbo charging, but differs in that it also includes support for Verizon. What makes this phone really interesting, though, is the fact that it also seems to be ready for every single other US network, along with Verizon.

The “UC2” we saw last week lacked Verizon, but this phone is ready for AT&T, T-Mobile, Sprint, and Verizon. That’s shocking because we tend to see phones with support for Verizon’s network lack bands for those from other carriers. The only Motorola device I can think of that currently works everywhere, is the Nexus 6.

I don’t know exactly what this phone is, but it sounds like this year’s flagship from Motorola, one that is fully unlocked and ready for whichever carrier you like. 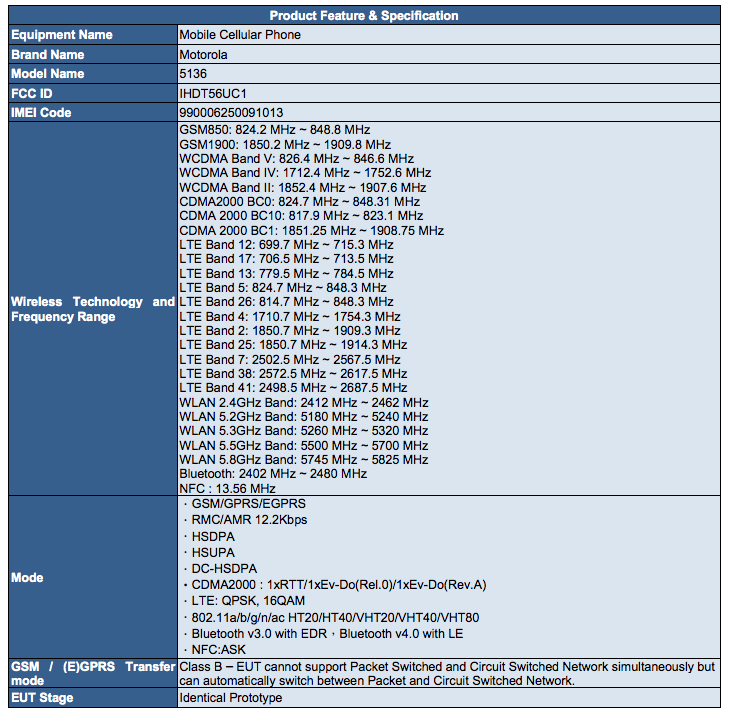 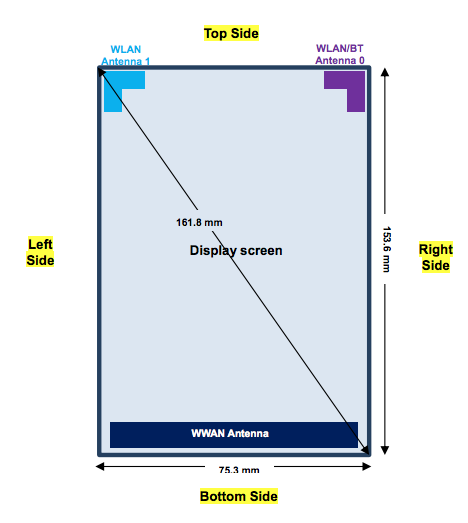 Dropping things down a notch, we also stumbled upon a phone that could either be a new Moto G (3rd gen) or new DROID Mini-like device on its way to Verizon. I say that because this phone must be a mid-ranger. It has all of the band support it needs for Verizon, but it doesn’t have 802.11ac WiFi, which almost all flagship phones have these days. It has a removable back, as well, which is a common feature for the Moto G and Moto E series, since Motorola likes to offer up some customization on those through interchangeable backs. The “UB1” was not tested with a Turbo Charger. This phone is also smaller than the phone above, but is close to the Turbo in size, which could drop it in around the 5.2-inch range.

I’m guessing it could be some new DROID model, because it seems to big to be the new Moto G, which I’ll get to in a second. I’m not sure why Motorola and Verizon would team up for a mid-range DROID phone, unless again, it’s marketed like the DROID Mini was. 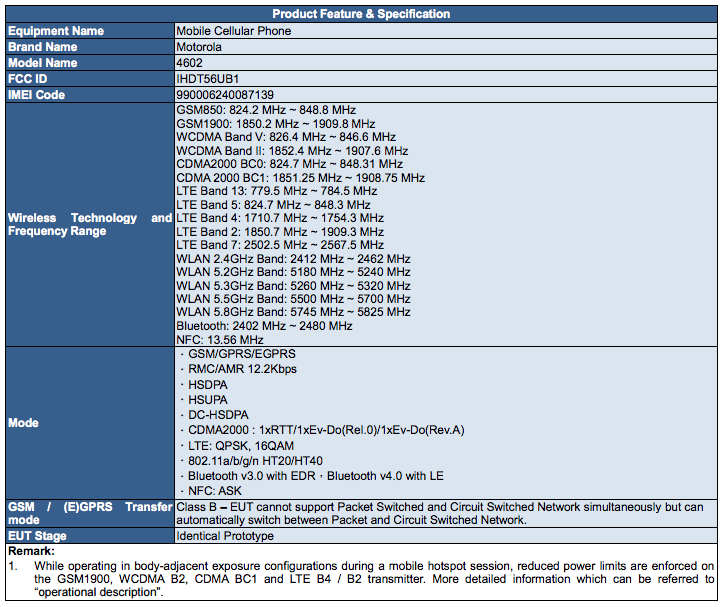 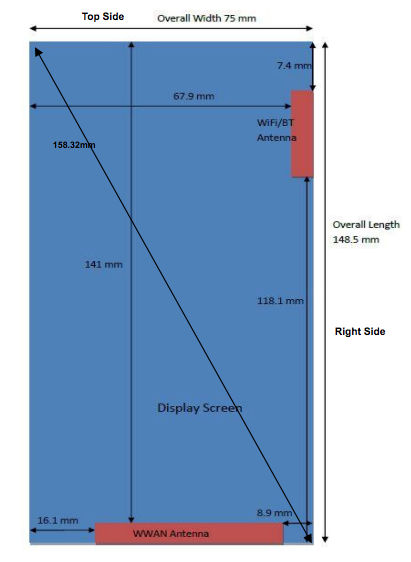 Finally, a similar phone to the mid-ranger above appears to be headed to Sprint. This phone is smaller than both of those mentioned above and lacks 802.11ac WiFi, but does have a removable back. My guess is that this is most definitely the new Moto G (3rd gen). It’s dimensions match up almost identically to last year’s model. 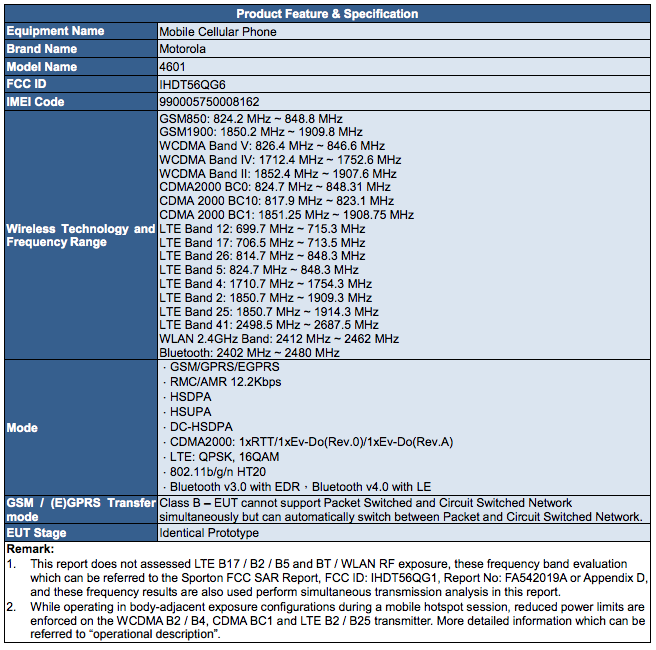 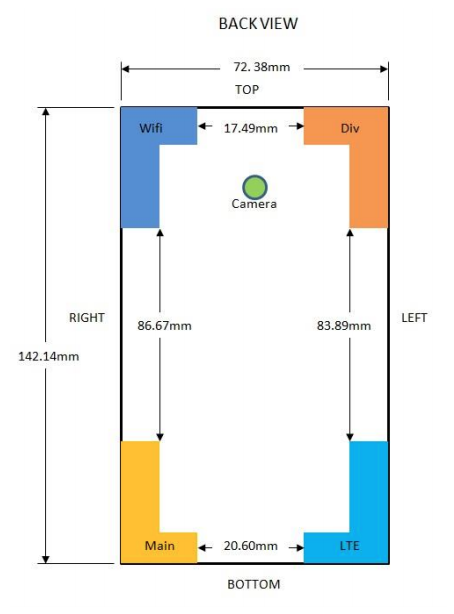 More FCC fun on the way!