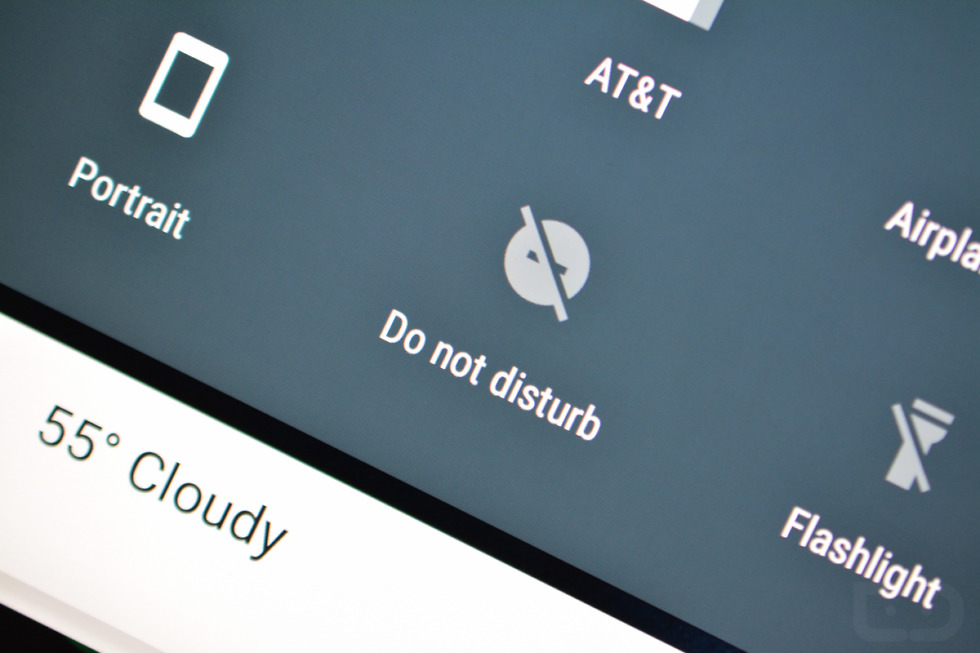 In the Android L developer preview, Google introduced a Do Not Disturb to Android for the first time, then randomly changed its name to “Interruptions” when it went stable as Lollipop. “Interruptions” never really made much sense as an adoptable or recognizable name, so now in the Android M preview, we are back to Do Not Disturb (hopefully, for good). And with that name change, we have new features and a different setup to it all, so let’s talk about it.

First of all, Do Not Disturb (DND) mode is now no longer a part of the volume controls. Well, for the most part. Instead of showing options for None, Priority, and All when adjusting the volume, like you saw in Lollipop, the volume slider is now without DND options unless you had previously set some sort of DND mode. If you have, the slider will let you “end” whatever DND mode has been set. Otherwise, volume is volume and DND is a separate entity altogether.

In order to access Do Not Disturb in Android M, you have a quick settings toggle that when pressed, shows you options for “Total Silence,” “Alarms only,” and “Priority only.” “Total silence” and “Alarms only” are pretty self explanatory, but if “Priority only” is throwing you, just think of it as a DND mode that only lets notifications through from apps you set as “Priority” in the notifications control section of Sounds & notifications.

Depending on the option you choose, you can set each to stay until you “turn this off” or specify a time through hourly increments. If you need more settings then that, you can tap “More settings” and get into a deeper view of Do Not Disturb. This is also where we are seeing new features arrive. 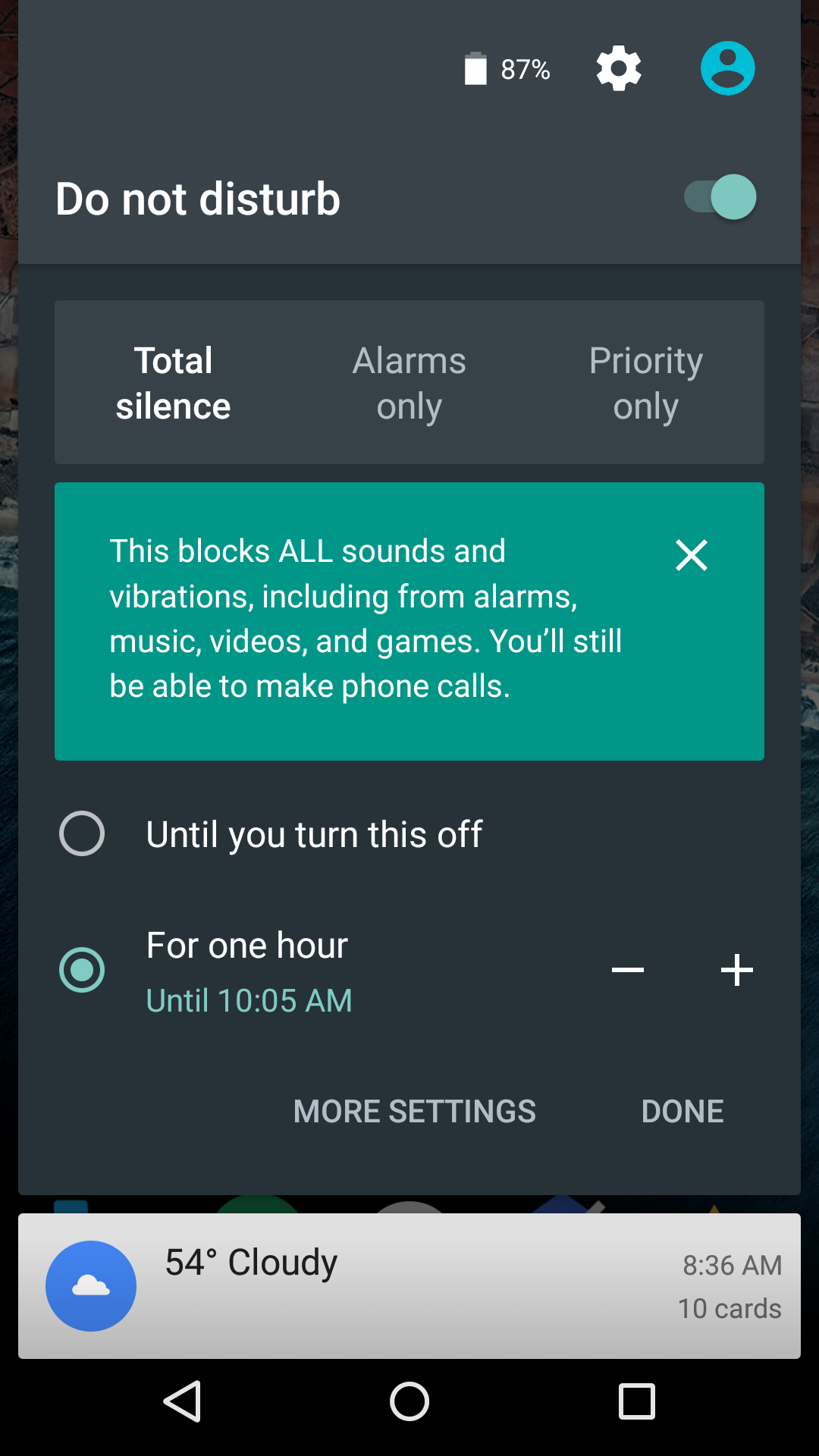 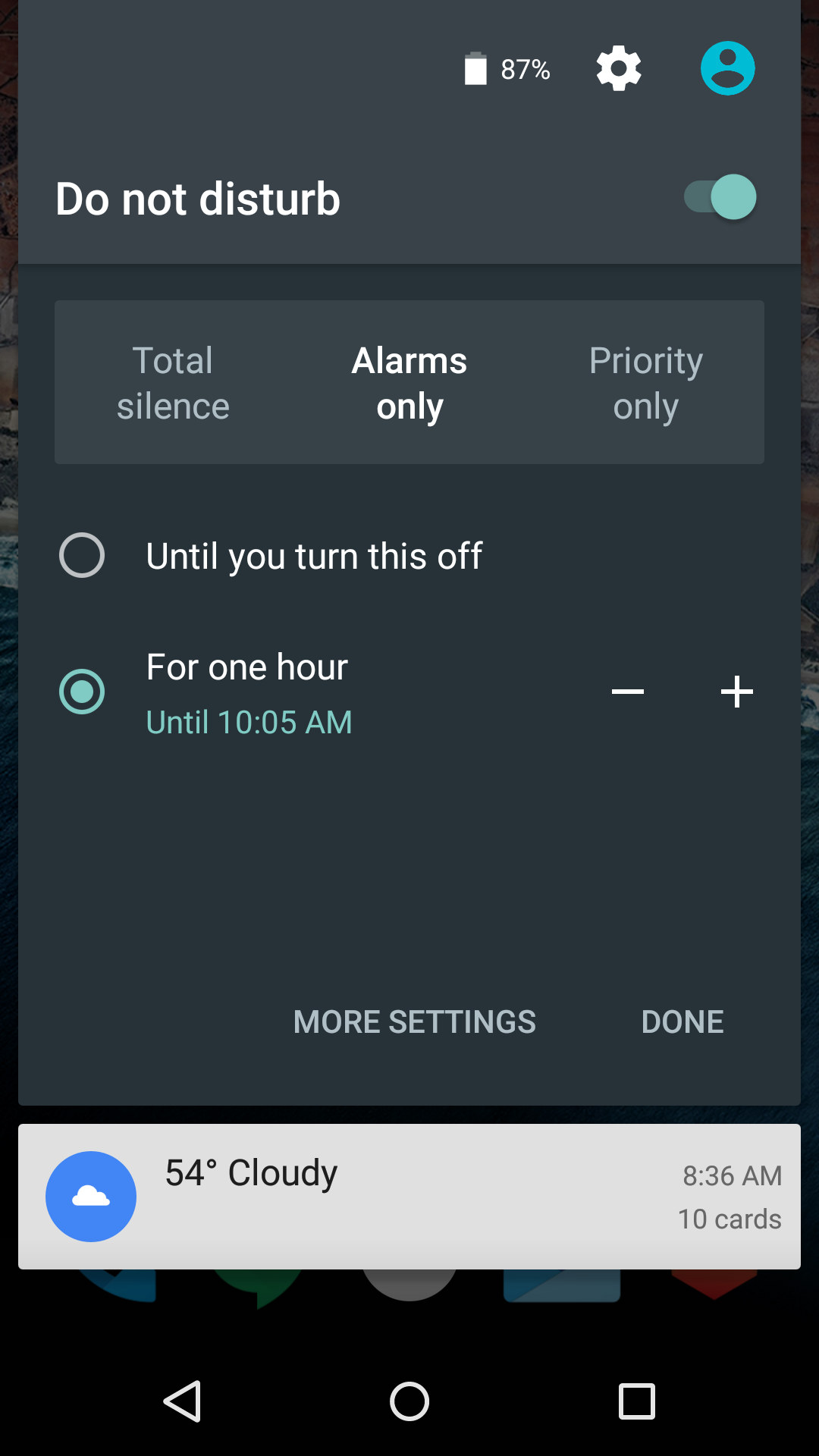 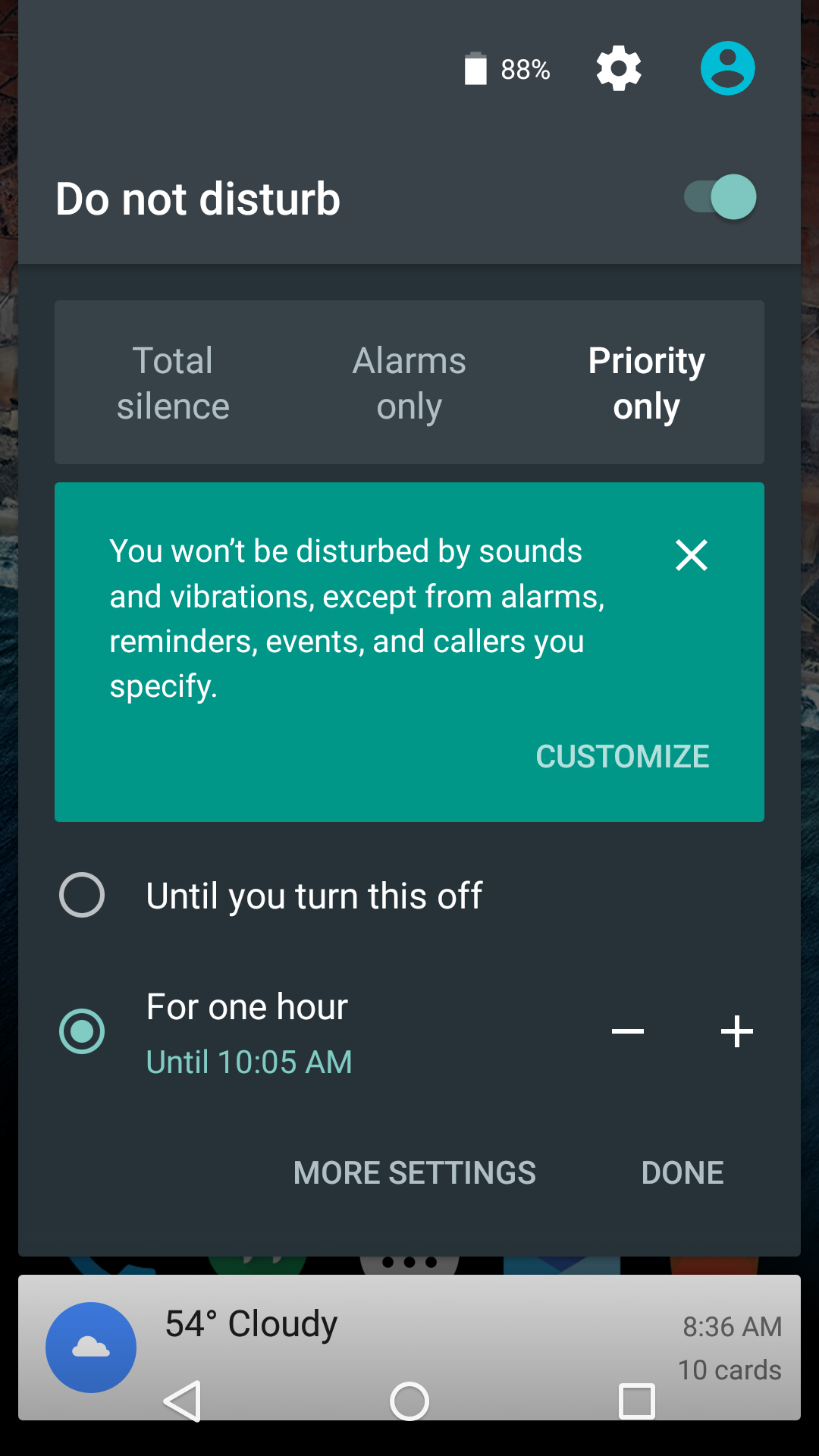 Once in “More settings,” you have two areas to jump into – “Priority only allows” and “Automatic rules.” In “Priority only allows,” you get a familiar set of settings for DND that let you decide what comes through when in Priority Only mode. There are options for reminders, events on your calendar, or messages/calls from select groups of people. One new entry has arrived with Android M and that’s “Repeat callers.” Repeat Callers is as it sounds, a feature that lets someone who calls you over and over again a pass through your DND mode as it may be an emergency. 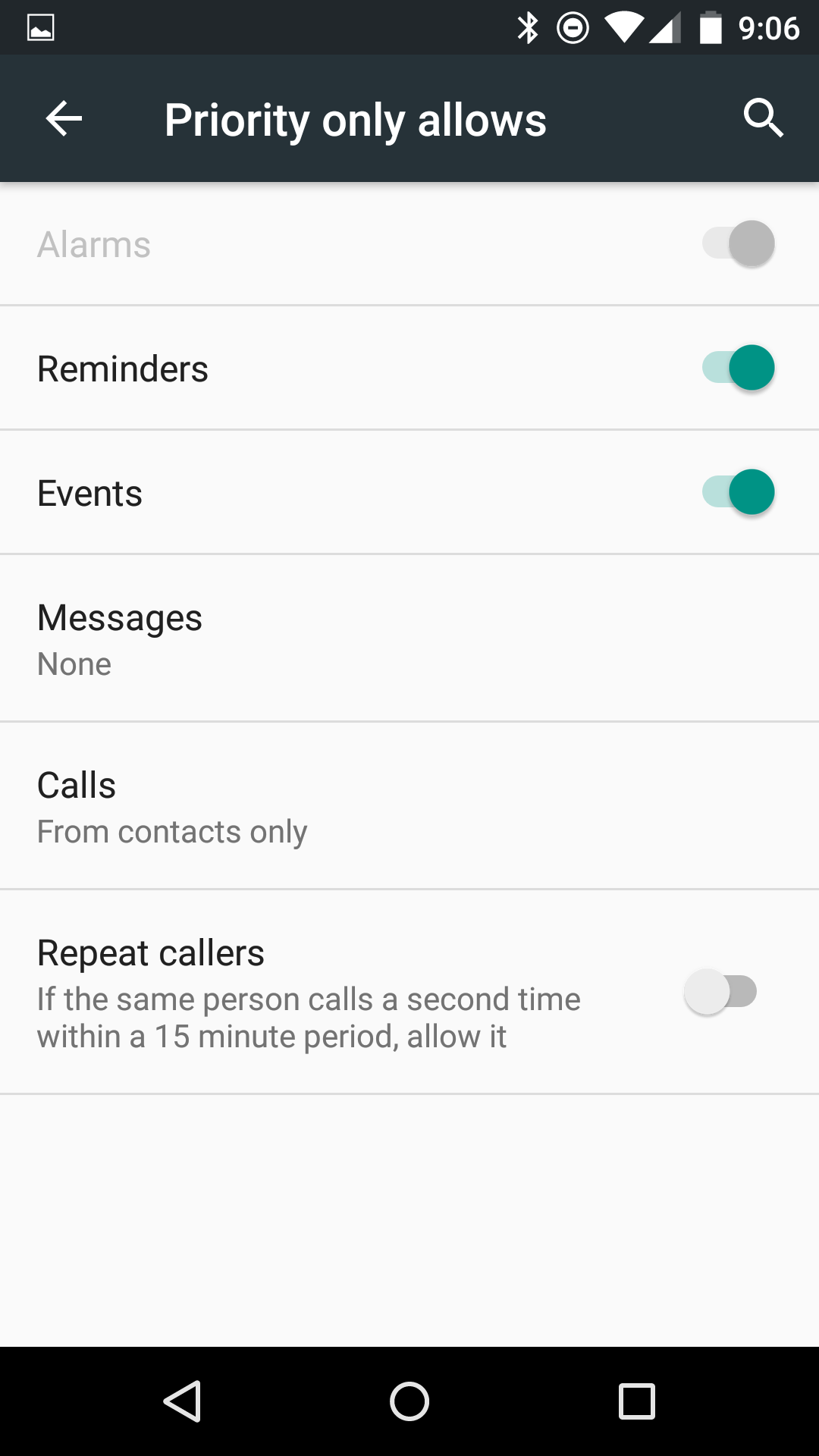 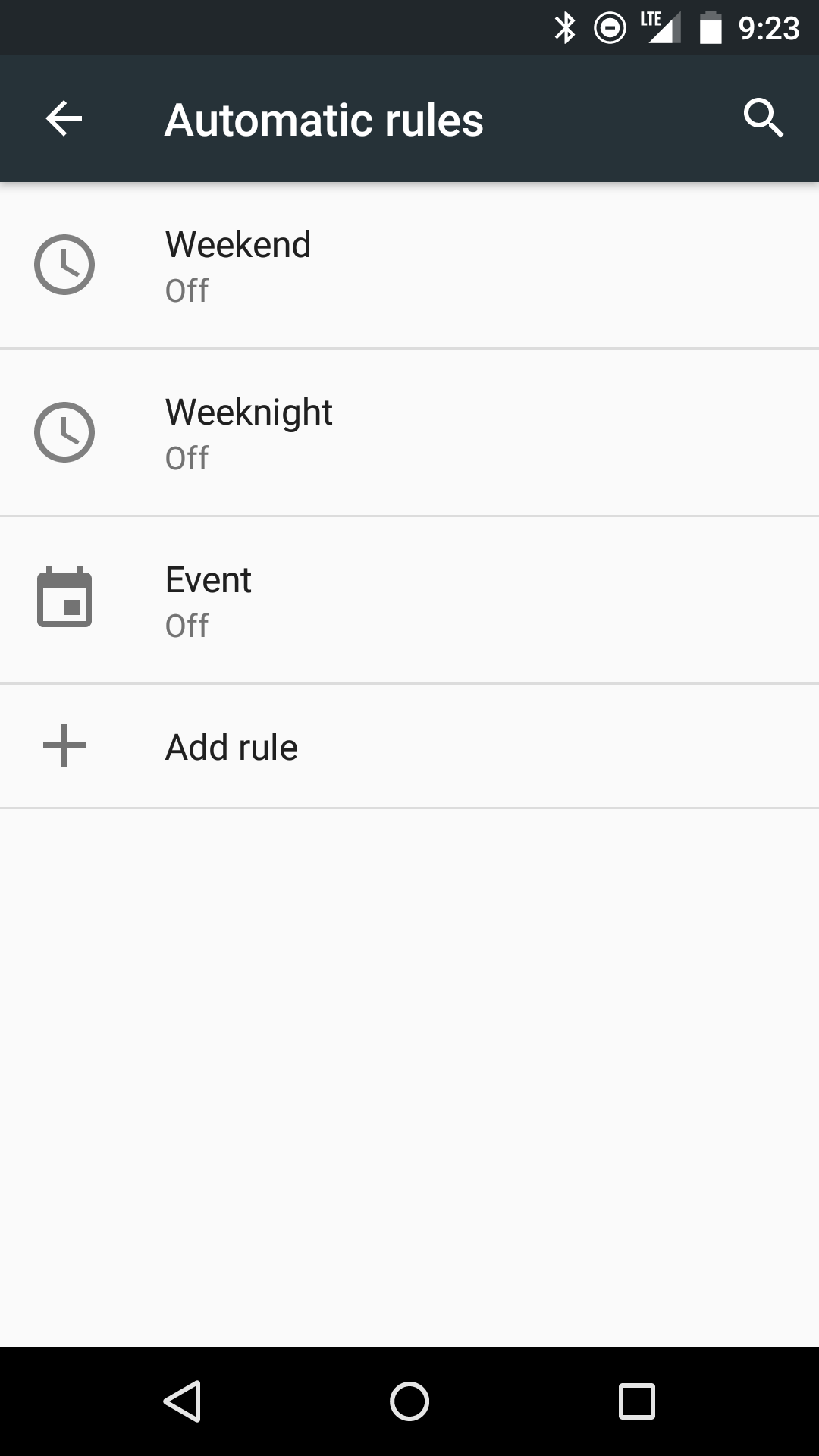 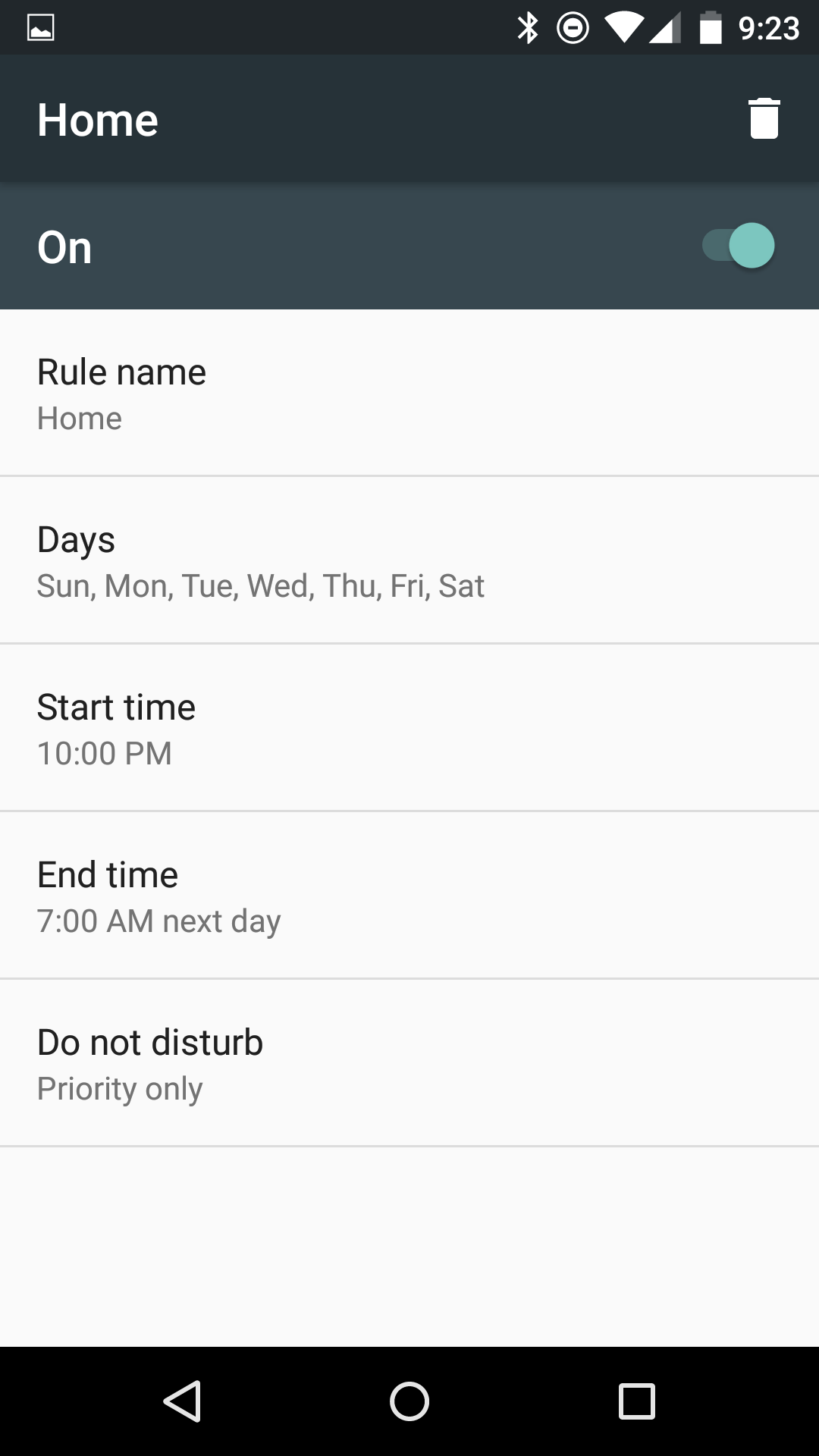 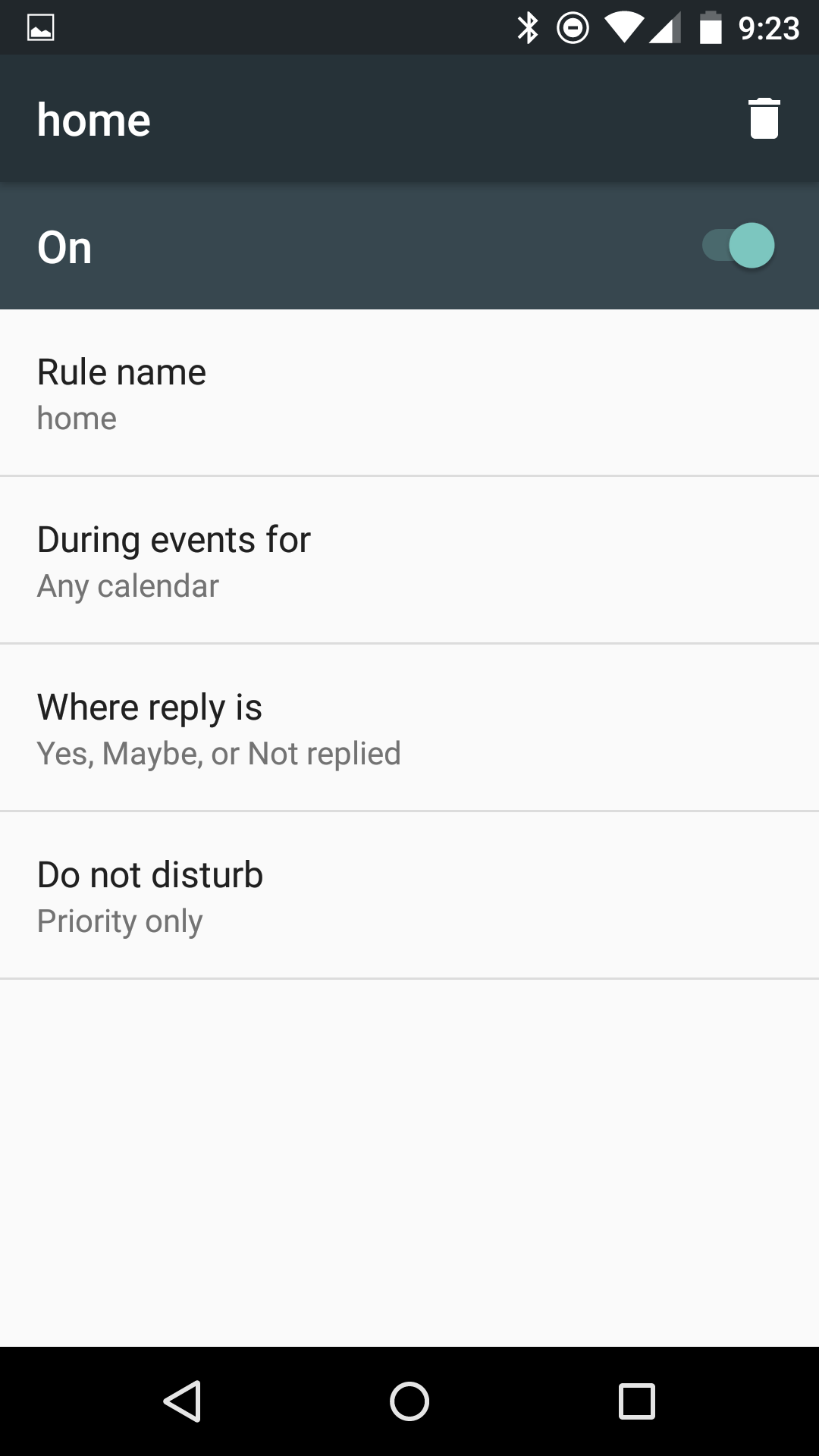 Finally, with “Automatic rules” you get a designated area for setting up automatic DND profiles. There are pre-set rules for Weekend, Weeknight, and Event, to help get you started on automating your Do Not Disturb settings. As you know from Lollipop, these rules try to automate DND by letting you decide set times or days (or based on events) when your phone will remain silent. If none of those work, you can manually setup your own automatic rules based on either time or events.

And that’s the new Do Not Disturb mode in Android M.