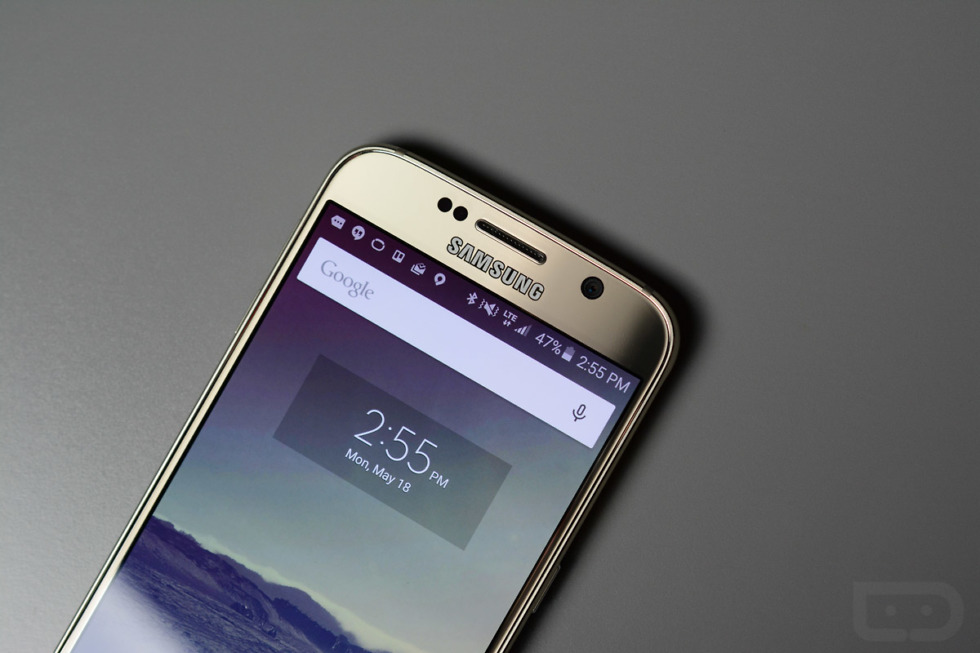 I love unlocked phones. I really can’t see myself sticking with a carrier-branded or locked phone at any time in the near future. In fact, if I have it my way, I’ll never buy another for personal use. Unlocked phones are the phones I regular choose as my day-to-day devices because they not only offer incredible value, but they are filled with added bonuses you may not realize unless someone points them out to you. They are the phones for tinkerers, for tech nerds, for early adopters, and also for those looking for the best bang for their buck.

This story was originally going to be much different than what you are now reading. The original idea was going to focus on why T-Mobile’s network still isn’t ready for prime time. You see, my wife and I just took a quick trip back to our home state of Montana for a wedding, but after taking a trip their last year with T-Mobile service attached to her unlocked phone, we both realized that we didn’t want to experience that type of wireless pain ever again and switched her over to AT&T at the last minute. In case you were wondering, T-Mobile has zero coverage in Montana. Zero. It was at that moment that I changed this topic idea (although, that “T-Mobile sucks” post may still be in the works) to why unlocked phones are perfect for her and I – flexibility.

Since my wife owns an unlocked Sony Xperia Z3 Compact, she didn’t need to buy a new phone or even enter an AT&T store when we switched her from T-Mobile prepaid to AT&T prepaid. All we did was go on Amazon last Monday, order a GoPhone SIM with 1-day Prime shipping, and follow the simple steps to get her setup the following day when it arrived. We did have to call AT&T after activating to get her phone number switched over, but the entire process was pretty painless. And if you don’t need to port a number over, then you are looking at being active within a couple of minutes on a new carrier. So within two days of realizing that she was on T-Mobile and we were about to enter a T-Mobile dead state, we had her up and running on a new carrier with solid coverage for our trip ahead. She even got to keep her old phone and phone number. 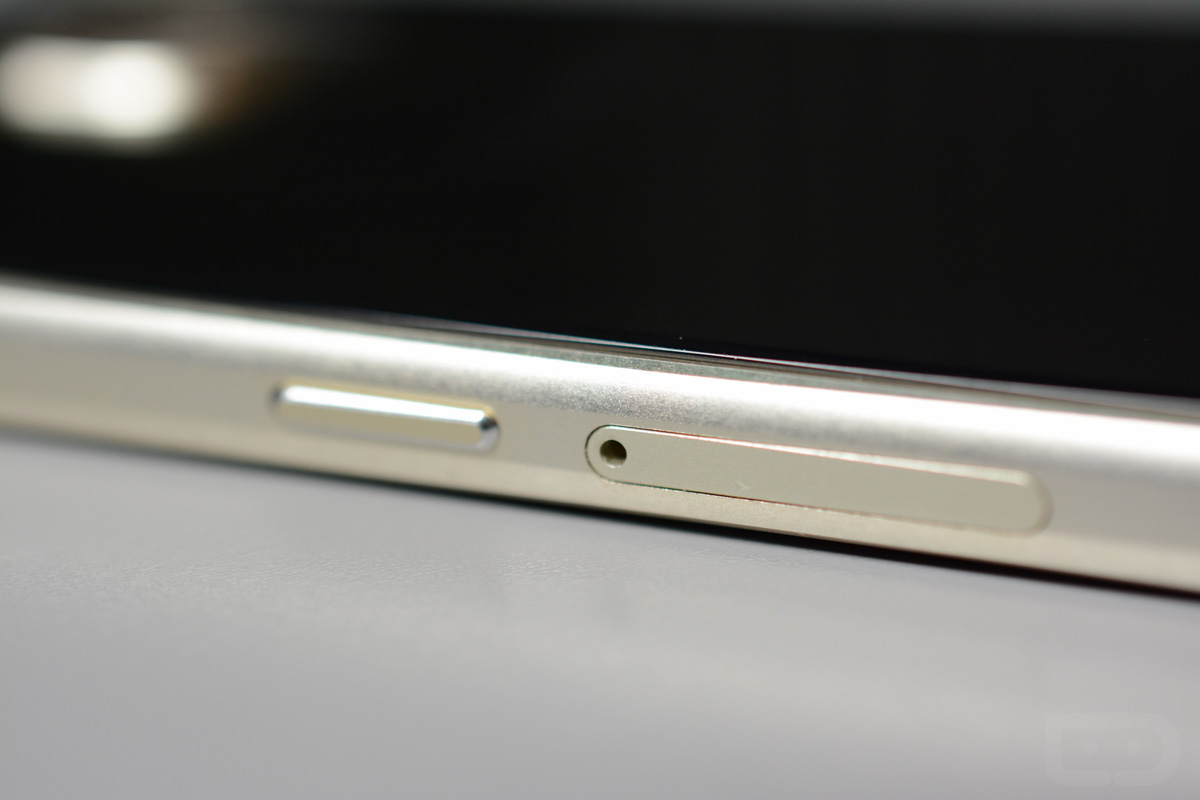 As for me, I find that with my unlocked phones, I am constantly jumping between the next big discount prepaid service or whichever seems to give me the best signal in my cave. I’ve used most of the prepaid options, including Straight Talk, Cricket, T-Mobile, and GoPhone, but had recently settled on T-Mobile because of the coverage at my house. But like my wife, I also needed to go to GoPhone for our Montana trip. So I simply swapped out the T-Mo SIM in my unlocked Galaxy S6 for an AT&T GoPhone SIM I had in another phone. Because most unlocked phones work seamlessly these days on both T-Mobile and AT&T, it really is that easy. Now that I’m home, if I want to go back to T-Mobile, I can.

While the network jumping is something that won’t come up all that often, it’s the fact that you have that flexibility with an unlocked phone that is so valuable. Whether you are taking a vacation or moving or simply want to test out someone else’s network for a bit, an unlocked phone gives you the option to do so without needing to buy a new phone.

If you follow us on Twitter, then you will know that we have been giving Motorola and Verizon hell over not pushing out Lollipop updates to the DROID Turbo. With an unlocked phone, you will more than likely never end up with a DROID Turbo, a.k.a. a phone that seems like it’s never going to get an important update. With an unlocked phone, because there isn’t the need for the manufacturer to go through strict carrier partner testing, updates almost always arrive before anyone else gets them. Look at how easily Google is able to update its Nexus phones when they aren’t tied to a carrier. Motorola is also fast at pushing updates to its unlocked Moto X products, as is HTC with its unlocked One variants. Even this Galaxy S6 I have has seen two updates since launch, one that includes fingerprint scanner improvements and important bug fixes that your Verizon Galaxy S6 may not see for months.

In a day where everyone is complaining about not seeing Android updates in a timely manner, an unlocked phone is your best chance at shortening that wait time. 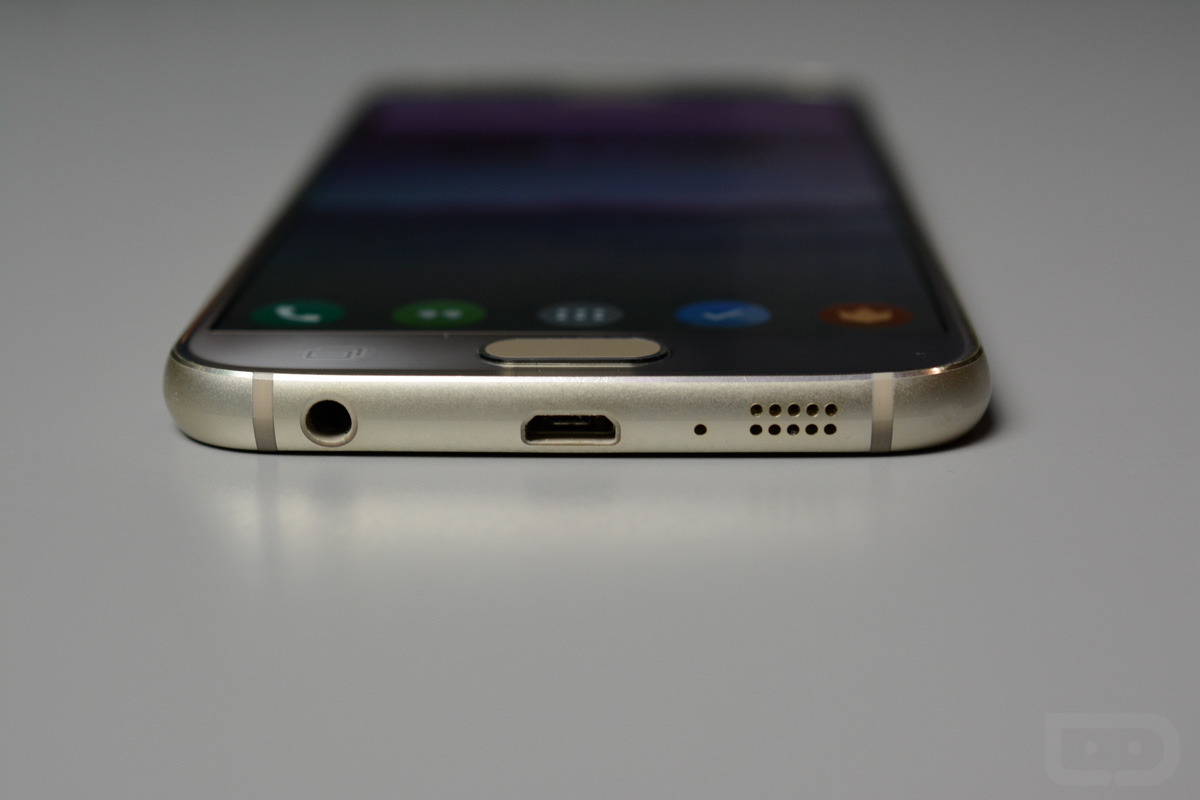 They aren’t that expensive

For years, one of the negatives almost always associated with unlocked phones is this idea that they are incredibly expensive. That’s just not true anymore. Most unlocked phones can be had these days for the same price, and some times even lower, than their carrier-tied brethren. Take the Galaxy S6 for example. You can buy an unlocked Galaxy S6 with 32GB of storage and support on both T-Mobile and AT&T for $636. T-Mobile, on the other hand, wants $680 and AT&T wants $685.

“But no one buys phones at full prices!,” you say. True. Very few people do. But when you are buying a phone through carriers with a contract, you are essentially paying a monthly payment for that phone that is wrapped up in your bill. If you buy an unlocked phone from eBay or Motorola or HTC or a variety of other retailers, you can finance one and then pay small monthly payments and enjoy the same low monthly costs without that large upfront $600+ bill. Financing one is in many ways the same as using Verizon’s Edge or AT&T’s Next or T-Mobile’s device payment plan. So there are ways to reduce the cost of the newest phones.

And should you not want the newest of the new, keep in mind that you can almost always find phones that are less than a year old for rock bottom prices. Right now, you can grab a brand new HTC One M8 or Galaxy S5, which are barely a year old, for under $300. The brand new Moto E 4G LTE is under $150. There are so many deals to be had, that you can no longer use the excuse of “Unlocked phones are expensive.”

Exclusive colors and no carrier branding

On a related note, many times these unlocked phones come in exclusive colors that you won’t find from a carrier. For now, the Blue Topaz Galaxy S6 or Green Emerald Galaxy S6 Edge are only available as unlocked phones. In years past, Samsung has released all sorts of colors of phones that often only show up for purchase through unlocked phone resellers.

And you know how we hate the fact that carriers like Verizon think it’s necessary for them to include two or more logos on the phones they sell? Unlocked phones won’t ever have a carrier name attached. Some, like my unlocked Galaxy S6, go even more minimal than that. Notice anything different in the picture below? That’s right, it doesn’t even say “Galaxy S6” on the back like almost every other Galaxy S6 on the planet. Unlocked also means no weird “4G LTE” logos in your notification bar either.

With an unlocked phone, you actually get to feel like you own your phone and aren’t just borrowing one from a carrier. 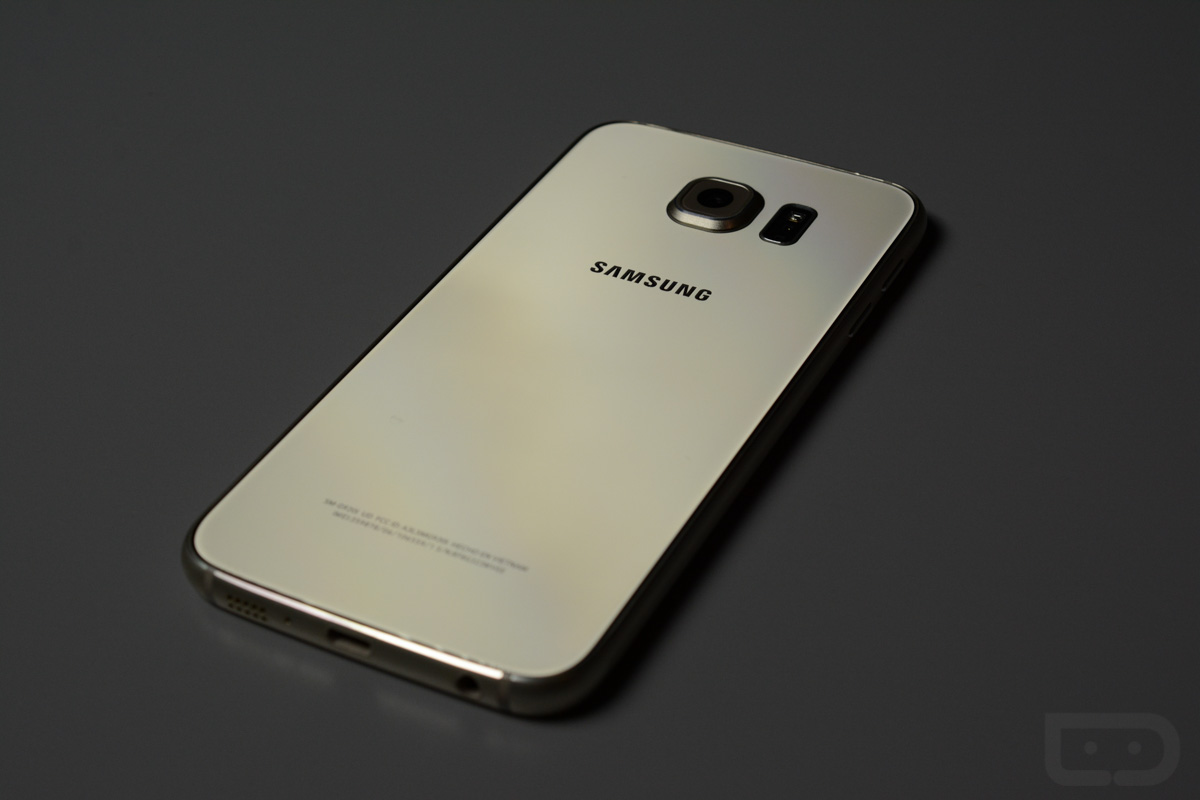 In most cases, unlocked phones ship with as clean of a build of Android as you will find. Sure, manufacturers still have their skins installed and have made deals with app creators to pre-load your phone with some bloatware, but it’s never anywhere near the level our favorite carriers go to. With unlocked phones, you won’t find AT&T’s garbage navigator app or Verizon Tones or T-Mobile’s hotspot service pre-loaded. But should you want any of those, you can almost always find them on Google Play for installation, assuming you are paying for service on one of their networks.

So what are the downsides?

For me, there aren’t many. But one big one will deter a number of you, and that’s the fact that unlocked phones more than likely won’t work on Verizon at the moment. Because of Verizon’s 3G CDMA2000 network, you don’t have an open network that is begging you to come use it like you do with AT&T and T-Mobile. At some point in the future, when you can buy LTE-only phones that no longer need to access Verizon’s 3G network, this will all change. Until then, you are stuck with either AT&T, T-Mobile, or one of many GSM prepaid networks.

You may run into network compatibility issues from time to time or at least confusion on whether or not your phone will work with this or that carrier. You will need to do your research to make sure the phone you are about to buy actually works properly with all of AT&T or T-Mobile’s bands. Thankfully, we have this really handy US wireless carrier band cheat sheet that will help you figure it out. You also may need to manually input things like APN settings in order for your phone to get full service. APN settings for individual carriers can be found all over the internet, so again, this isn’t really something that should stop you.

And that’s really about it. Unlocked phones all have warranties and support from manufacturers, so there isn’t a worry there. There are third party insurance companies outside of carriers that will help you get phone coverage as well.

I know that buying a phone outside of a carrier can be a confusing task at first, but trust me, with a little research, you should be able to end up with a phone built for you at a great value, that’s flexible, works on whichever carrier you choose (for the most part), and should be running the latest version of Android before most.

If you have any questions, be sure to drop them below!