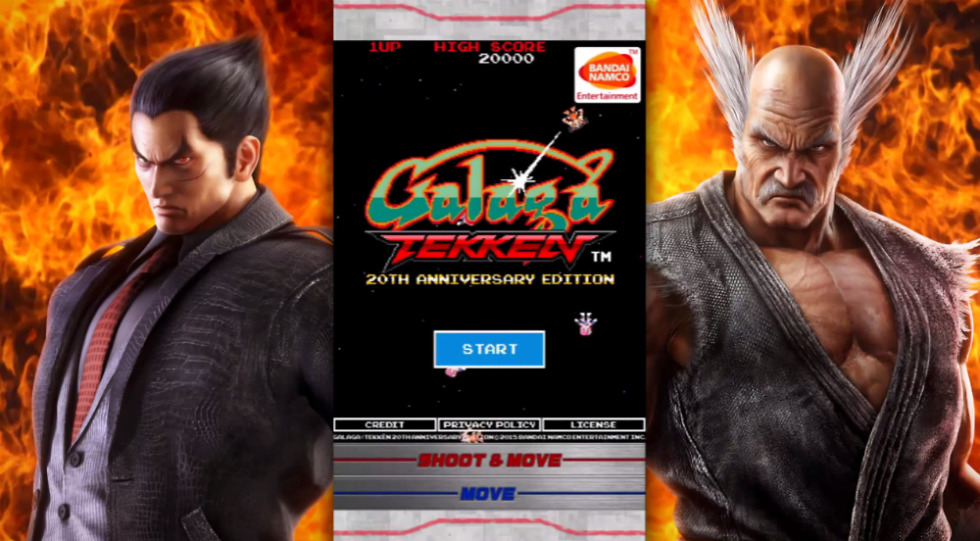 A new game from BANDAI NAMCO, a well-known publisher of countless titles, has been released onto Google Play. Titled, Galaga: TEKKEN, the game fuses your favorite old school TEKKEN characters with the classic arcade shooter Galaga.

To celebrate TEKKEN’s 20th anniversary, players shoot incoming aliens with laser beams and torpedoes, ultimately trying to save the world. According to Katsuhiro Harada, Game Director and Chief Producer of the TEKKEN series at BANDAI NAMCO, “With Galaga: TEKKEN 20TH Anniversary Edition, we wanted to give our fans something unexpected to celebrate such a huge milestone for TEKKEN. The crossover gameplay is sure to surprise and delight both TEKKEN and Galaga fans.”

The game is free to download, featuring zero IAPs, according to the Google Play listing.

Go give it a shot.