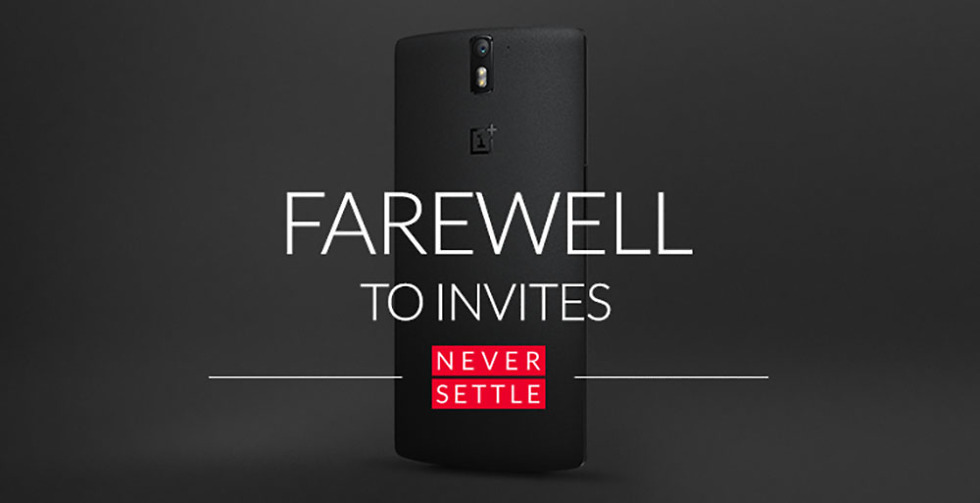 The April 20 event that OnePlus teased on Friday with a virtual invite isn’t an event at all. That teaser was simply a symbol in reference to the company ditching the invite-only system that has accompanied their OnePlus One for the last year. That’s right, it has been a year since the OnePlus One went on sale in that really weird invite system that frustrated many of you for months. Frustrations be gone – the invite-system really has come to a close. Well, sort of.

In a blog post and press email, OnePlus talked about ditching the invite-only system permanently for the One as of today. Going forward, should you choose to, you can buy the OnePlus One without an invite. Unfortunately for OnePlus 2 future owners, the invite system will be back with fire. OnePlus mentioned that invites will be required to buy the “2” at launch, but they are “far more prepared” to make this transition.

Why the invite system with the OnePlus 2? Because OnePlus is a small company that wants to continue to limit its risk. By making phones on-demand like it can through invites, they aren’t keeping an inventory around, which is a big deal when you sell phones as cheaply as they have been doing with little margin.

So yeah – the OnePlus One invite system is gone, but it’s coming back when the OnePlus 2 launches in Q3.

Oh, to celebrate, OnePlus is pushing a 24-hour deal of 75% off on their Flip Covers and “Premium” screen protectors. You can buy those here.