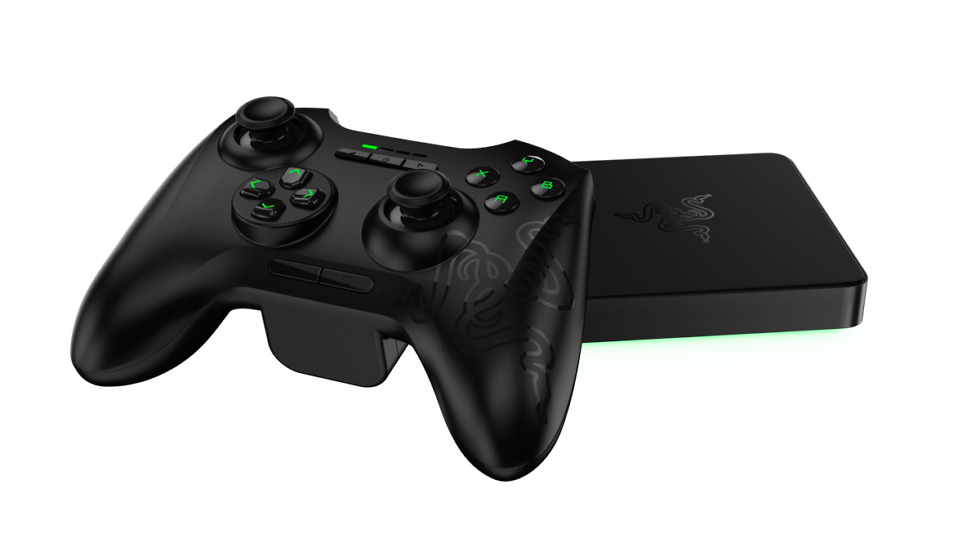 Forge TV, Razer’s Android TV-powered set-top box, is now up for pre-order on Amazon. Priced at $150, your Forge TV should ship on or by May 1. Introduced at this year’s CES a few months ago, the Forge TV features a Snapdragon 805 quad-core processor, Adreno 420 GPU, 2GB of RAM, 16GB of storage, Bluetooth 4.1 + HS, USB 3.0, HDMI output, and gigabit ethernet.

In addition to the ability to play games straight from Google Play, Razer bakes in its own Cortex: Stream service, allowing gamers to stream PC games to their HDTV. However, this feature is not quite ready for the mainstream, and is marked as “coming soon” on their website.

Owners will be able to use their cellphone as a dedicated Forge TV remote, capable of speaking voice commands and scrolling through menus. Of course, the box comes with a Razer-made game controller, and you have the option to connect up to four controllers in total for multiplayer game sessions.

If you think you are interested in picking this up over the SHIELD from NVIDIA, go check it out.