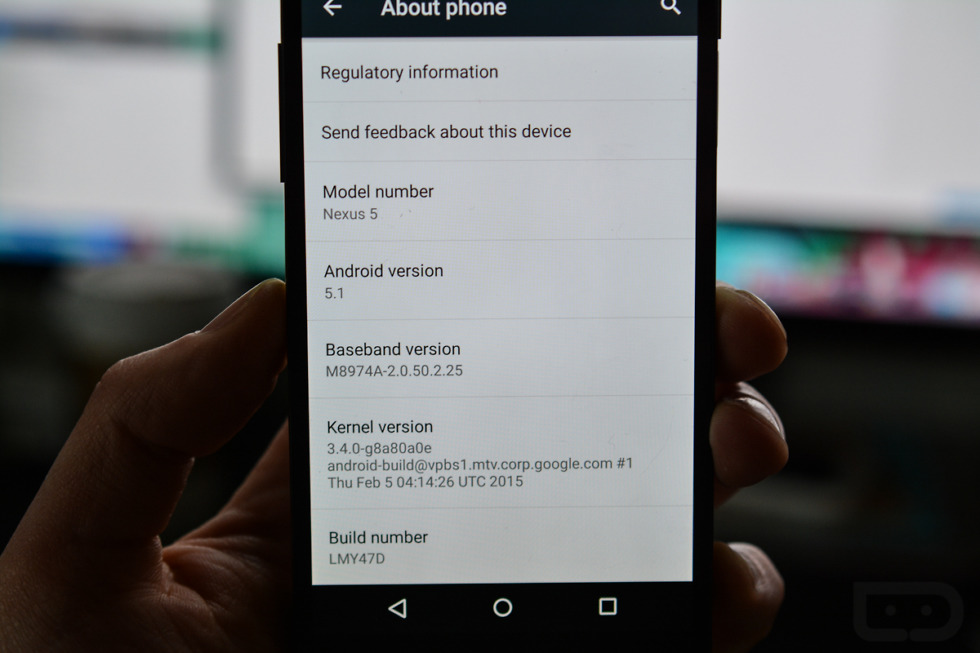 Now that Android 5.1 has begun rolling out, we are starting to capture over-the-air (OTA) .zip files for you to sideload should you not feel like waiting for the update to hit your device. The first to arrive is for the Nexus 5, but we wouldn’t be surprised if either Nexus 7 or the Nexus 10 or the Nexus 6 weren’t far behind.

As we continue to receive new file URLs that are direct downloads from Google, we will continue to update this post.

*Note – In order to flash a .zip file in adb, be sure to match up the build number on the file to your current or the update will fail. For example, the first Nexus 5 link we have will only work for those running Android 5.0 “LRX21O.” Many of you may already be running LRX22C and will need to wait for the next file.