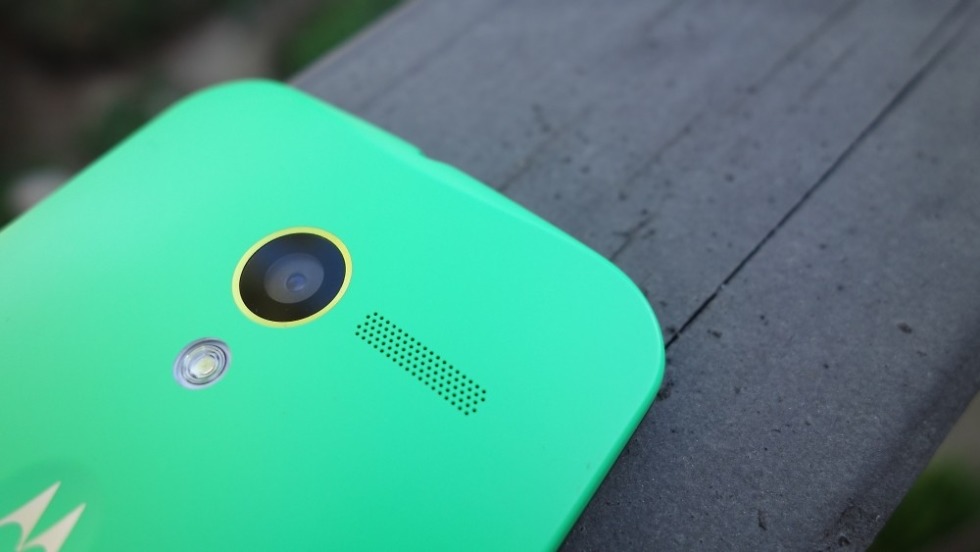 Every year we see new flagship phones released, followed by more buzz words explaining why each OEM has the best camera on their smartphone. If you are not a camera aficionado, seeing these kinds of words probably raises more questions than it does answers. Do I actually need optical image stabilization in my smartphone? This phone has a 20 megapixel camera compared to this one’s 8 megapixel camera, so the 20 megapixel camera is better, right? How do I cure the f-stop blues?

Here’s the truth: in the best lighting conditions, any modern smartphone can take decent pictures, but it does take some education to know which smartphone has the best camera in the most situations. My goal is not to give you a Photography 101 lecture, but rather, to give you some basic pointers so you can better understand what different manufacturer’s cameras are offering. Read on to find out a little bit about how cameras work, what marketing information actually matters, and what this all means when you are comparing smartphone cameras. 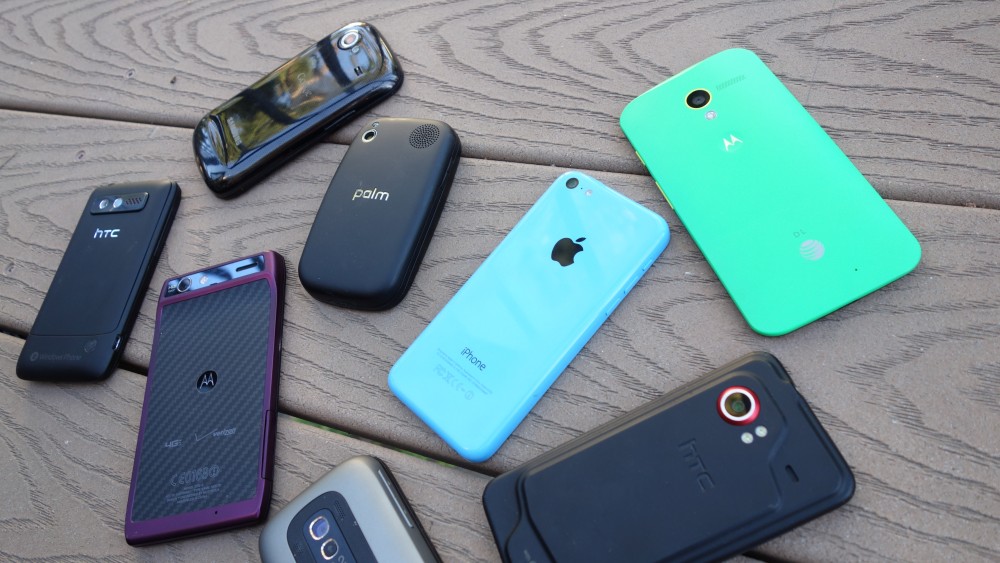 There is a lot of jargon when people talk about cameras, but it’s actually not that complicated to learn the basics of what is happening in your phone when you take an picture. The three major components, ISO, shutter speed, and aperture, work together to use the available light to capture an image. These three components each have advantages and disadvantages, so your smartphone will try to adjust some of these components to compensate for different lighting environments so that you get the best image every time.

ISO is a term that carried over from the film age to the digital age, but all you really need to know is that it’s a measurement of how sensitive the sensor is to light. The higher the number goes, the more sensitive the sensor becomes to light. At the same time, the higher the ISO goes, the more noise is introduced to your picture. So while ISO 6400 is a lot more sensitive to light than ISO 100, an image taken with that high of an ISO will have a lot more noise (or grain in it).

Shutter speed refers to how long the shutter is open to expose the sensor. The longer the shutter is open, the more light is exposed to the sensor. The problem with shutter speed is, if it’s open for too little time then the sensor might not get enough light exposed on it, leaving you with a darker image. And if it’s open for too long, then your image is more likely to be blurred because of your movement while holding the camera or overexposed because there was too much light.

Aperture refers to the size of the opening in the lens. On full-sized cameras you can change the aperture to make this opening bigger or smaller, which (surprise) affects how much light is hitting the sensor. If you have a low aperture, then that means the opening in the lens is wide open, letting a lot of light come in; if you have a higher aperture, then that means the opening in the lens is smaller, letting less light in. The less light you let in (the higher the aperture), the more you will have in focus in the shot. When you see those images where just a bit of the subject is in focus and everything else is blurred (bokeh), that’s accomplished with a lower aperture. Unfortunately, smartphones are so small that they can’t have different apertures, so each phone will list one aperture, which is measured in f-stops (f/1.9 on the Galaxy S6, for example).

TL;DR: If you want to take a picture on a bright sunny day, your phone will use a low ISO because there is plenty of light and it will use a fast shutter speed because the sensor does not need to be exposed for very long. If, on the other hand, you are taking a picture in the dark, your phone will use a higher ISO and a longer shutter speed so that the sensor is more sensitive to light and is exposed to the light longer, which means you will have a noisier (or grainier) image and you might have a blurrier image. 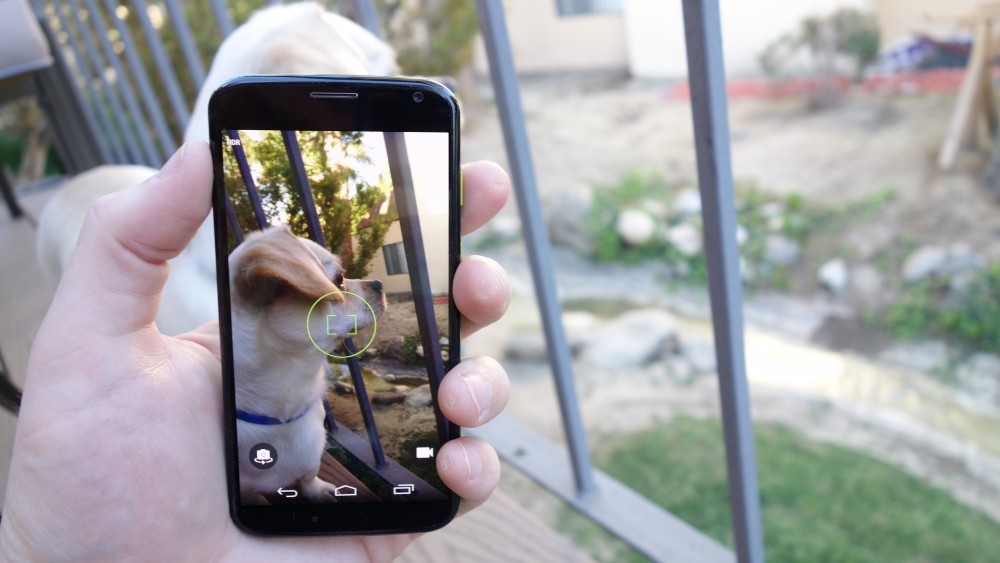 Let us dispel the biggest misconception about smartphone cameras that I hear all of the time – more megapixels does not mean a better image. Megapixels are a measurement of the size of the image captured, so the more megapixels there are, the larger the image is. But bigger is not always better. You can have a 20 megapixel camera, but that does not mean the sensor can capture clear, sharp images at that size.

The reality is, the sensors that we can fit into smartphones just are not that good in most circumstances. Don’t believe me? Look at any image you take on your smartphone at 100% resolution. Can we take some incredible images on our smartphones? Absolutely! I have taken plenty of images that I am really proud of, but that does not mean that I would not have rather had a Fuji X-T1 with me instead.

TL;DR Megapixels are not everything, but they do still matter. HTC made a big deal with the One M7 and One M8 about their UltraPixel technology, which amounted to using a sensor that had larger microns so that it could receive more light than your average smartphone camera sensor. However, it came at the cost of megapixels. In theory, this meant you should have better images, even though the size of the images was smaller. If you are only ever going to look at your images on Facebook and Instagram, then a 4 MP image is more than enough, but if you are taking images of your kid that you want to have blown up and printed, then you probably want to pull out a real camera.

So What Should I Look For?

There are a few things that I think are important to look for in a smartphone camera. If you can, get one with optical image stabilization (OIS). OIS can be implemented in a number of different ways, but the goal is the same – reduce the effect that motion has on the sensor’s ability to capture an image. This is important when you’re taking video, moving around while snapping photographs, and when you are taking pictures in low light situations.

You will also want a smartphone camera that has a low aperture. Most smartphones have a very low aperture as it is, but the lower the aperture is, the more light is available to the sensor. With more light, the camera does not need to use a higher ISO, which means your images will be less noisy. Lower apertures are also called fast apertures because they allow for more light, meaning the camera can use a faster shutter speed, which leads your images to have less blur.

I would get a phone with somewhere between 8 and 16 megapixels. Like I said before, smartphones are working with tiny sensors, so your images will rarely look great at 100% crop, but you want an image big enough that you can crop it some without losing a lot of clarity. If you only ever post images on social media and you never intend on printing them or looking at them after they pass through the Snapchat ether, then you probably don’t need to pay a lot of attention to what kind of camera your phone has anyway.

Finally, wait for the reviews to come out. Not every reviewer is a pro photographer, but by comparing reviews, you should be able to get a sense of what the camera is capable of so you can decide if it is something you can live with as your main camera for the next two years of your life. Is the software easy to use or does the reviewer recommend using a third party app? Do images look good as taken or do they require editing? How does it do in low light situations? Any good review will cover most if not all of these questions so that you don’t get stuck with a smartphone that takes great pictures at the beach, but horrible pictures when your kids are running around the house.

Feel free to share your smartphone camera recommendations below, as this topic has plenty of room for debate and conversation.