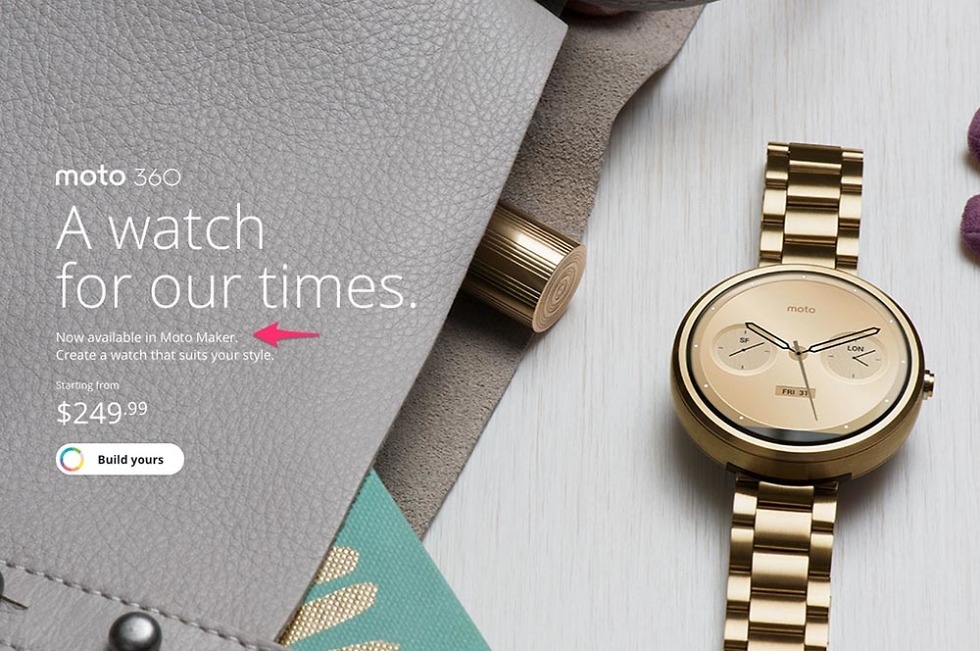 At the end of February, Motorola announced that they would bring Moto 360 to their Moto Maker customization tool in March. Well, we are in March and they appear to be ready to go live with it. The Moto 360 page changed today to say “Now available in Moto Maker” and now has a “Build yours” button, similar to the one seen on the Moto X page that redirects to Moto Maker.

As of this moment, the Moto Maker listing for the 360 isn’t live, but we’ll keep an eye on it and update this post. They likely just need to flip a switch.

With Moto Maker, you should be able to walk through the process of choosing an individual band (leather or metal), watch color (black, silver, or champagne), set a watch face to load out of the box (apparently there are some new ones to choose from), and maybe more.

Again, we’ll update this post as it goes live.

Update 2:  Motorola has now announced it.