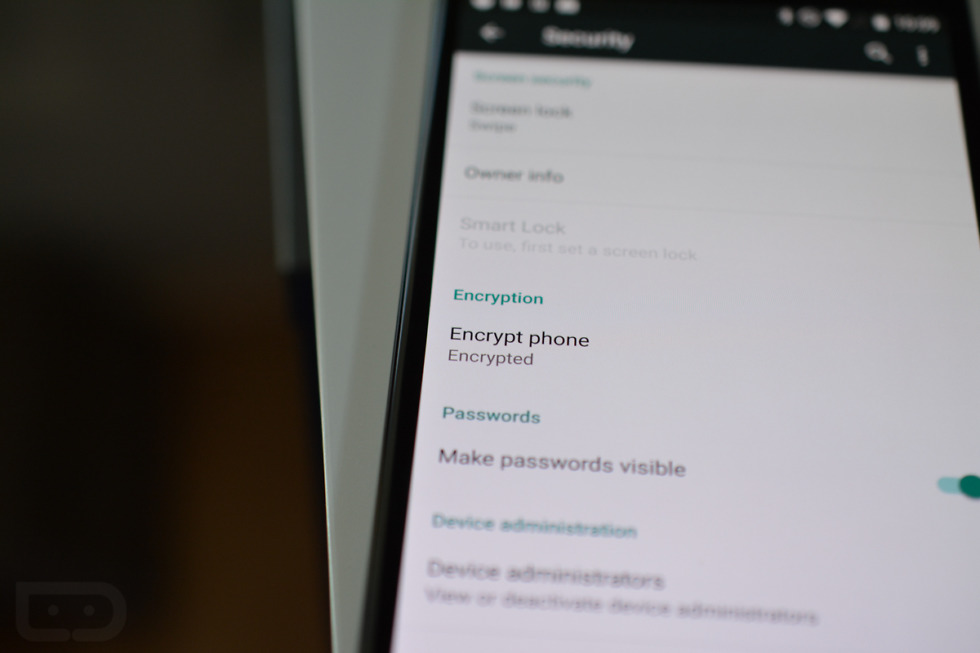 As it turns out, Google did indeed drop the requirement for full-disk encryption on new devices running Android 5.0 “Lollipop” because of “performance issues.” In a statement issued to Engadget, Google confirmed that a change was made to their final Lollipop hardware requirements document, going with “recommended” instead of “must” for new devices.

Google made it clear that this change was because “partner” devices were the ones experiencing issues, not their Nexus line. A couple of reports suggest differently, but either way, Google remains committed to making default encryption a requirement at some point down the road.

You can’t win them all I guess.

In September, we announced that all new Android Lollipop devices would be encrypted by default. Due to performance issues on some Android partner devices we are not yet at encryption by default on every new Lollipop device. That said, our new Nexus devices are encrypted by default and Android users (Jelly Bean and above) have the option to encrypt the data on their devices in Settings —> Security — >Encryption. We remain firmly committed to encryption because it helps keep users safe and secure on the web.