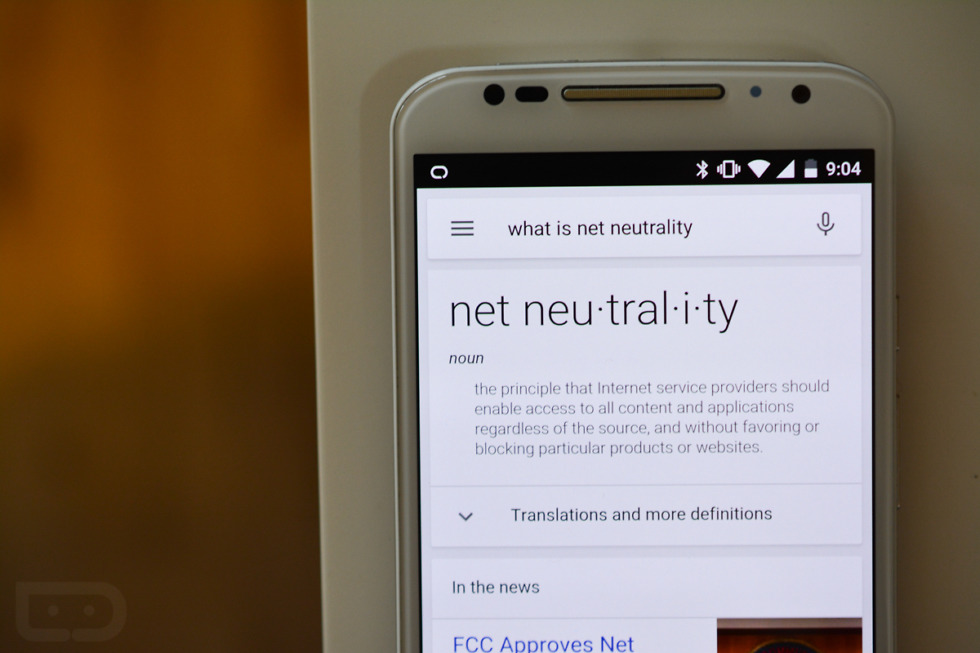 Sorry that we didn’t have a chance to touch on this yesterday, but yep, the FCC passed chairman Tom Wheeler’s plan to keep the internet open and free and awesome. In a 3-2 vote, the FCC passed “strong, sustainable” rules that will “protect the open internet.” The FCC firmly believes (as do we) that these new rules will “preserve the internet as a platform for innovation, free expression, and economic growth.”

The new rules reclassify broadband internet as a telecommunications service under Title II of the Communications Act. This includes mobile broadband, which would be the data moving in and out of your phone. The rules also include three points that will try to preserve the way you use the internet, both at home and when mobile. Things like “no blocking” of legal content, “no throttling” of your usage based on content, and “no paid prioritization” or “fast lanes” to the highest bidder are all major focuses.

Of course, not everyone is in favor of these new rules because they limit the opportunities to rip more cash out of your hands at will because you have no other options for internet service. Companies like Verizon, Comcast, and AT&T will scream and shout and talk about net neutrality as being terrible. Again, it’s because they want you and everyone else to pay, pay, pay, and pay for every little bit of activity through their service.

What changes for you? Not much, really. The point of this move is to keep the internet the same, to keep it as it is now. The entire idea here is that the FCC wants to preserve the internet as it is before big corporations ruin it. And trust me, they have been scheming up ways to ruin it all, which is again, why they are spouting off about how terrible this stuff is.

For now, the rules have passed, but you can bet that internet providers will try and fight them. Still, this is a victory for you and I.