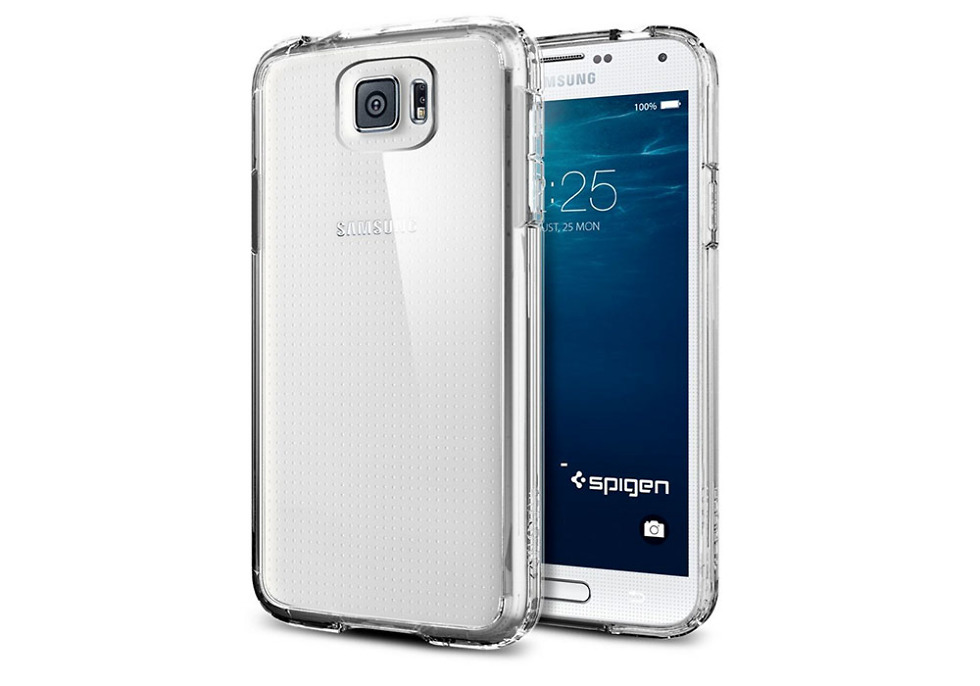 Samsung has become one of the best at keeping its phone designs a secret up until they take the wraps off of them at an official unveiling. They are without a doubt better at it than HTC and Apple. Over the last couple of years, designs for the Galaxy Note and Galaxy S series have floated about before the phones are announced, but few have been credible. So what do we make of the Galaxy S6 cases that popular casemaker, Spigen, has posted to its Amazon sales pages? Well, they have been right in the past when it comes to giving us hints and silhouettes of yet-to-be-announced phones. Are they right again?

For some background, understand that casemakers often get molds or specs of upcoming devices long before they are announced, so that they can have their related products ready for launch. When a casemaker posts up a case for sale of an unreleased device, we would imagine that they are basing their renders off of something semi-realistic.

And again, Spigen has been doing this for years. They tend to post up cases of unreleased devices well ahead of official announcements, more than likely to get their name in headlines (hey, success again!) and their products pre-ordered.

But here’s the thing – they outed design elements in the Nexus 5, HTC One (M8), and LG G3 that turned out to be correct. In fact, they completely outed the dimensions and design of the G3 before LG made it official. They do have a decent track record at giving us glimpses of phones before they are supposed to.

So what about these new “Galxay S6” cases? Tough to say. A couple of blurry cam photos have surfaced within the last couple of days that look like the phones Spigen is using. The camera and flash/heartrate sensor are in the spots that Spigen is showing here. To me, though, the rest of the phone just looks like a Galaxy S5, which Samsung seems to have said they will move far from using new materials and an innovative design. Nothing seems innovative or new about this, other than the camera situation.

What do you think – is this what the Galaxy S6 will look like, or is Spigen just trying to make headlines again? 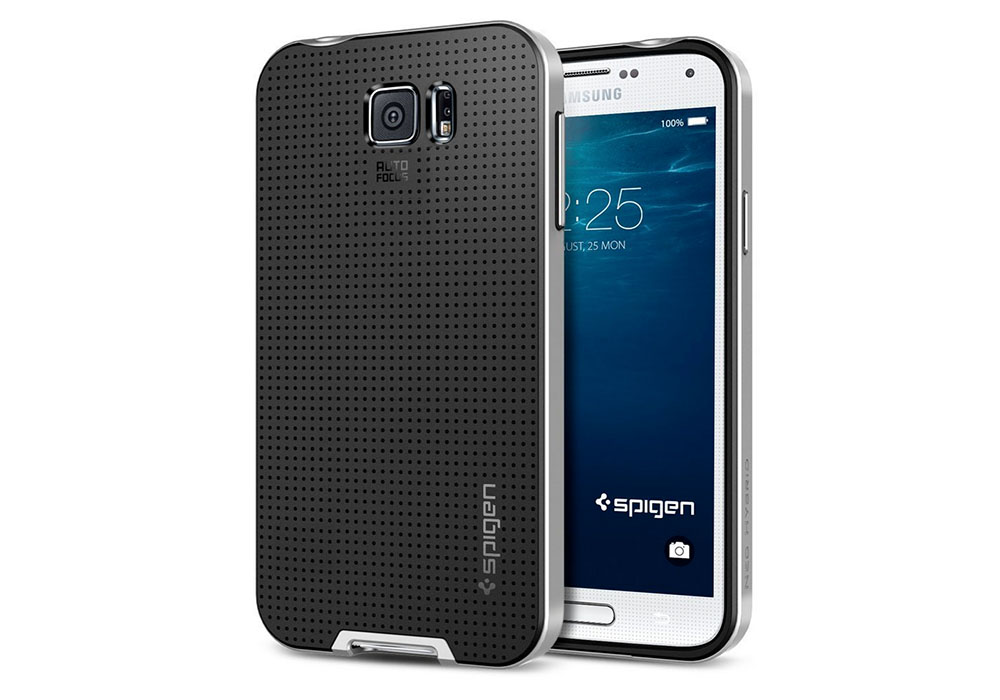