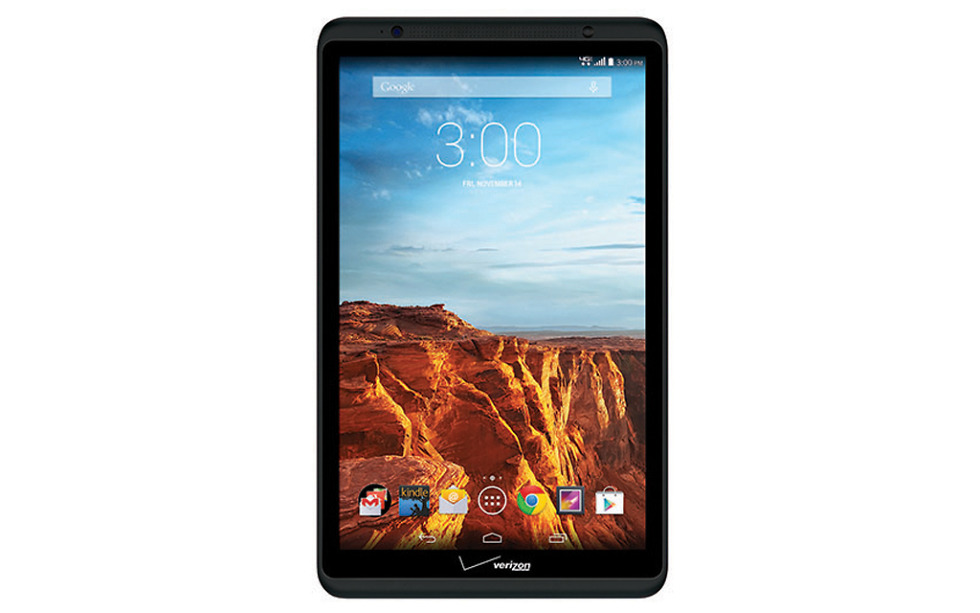 Yesterday, somewhere around mid-day, just as Google and Motorola were pushing out all sorts of new pages for the Nexus 6, Moto 360, G Watch R, and a bundle of accessories, Verizon was announcing a new tablet – the Ellipsis 8. No one noticed, of course, because the Ellipsis line of tablets isn’t exactly meant to dominate headlines. Like the Ellipsis 7 before it, the Ellipsis 8 is a super cheap tablet, with low-end specs, that’s meant to get a first-time tablet owner to buy one as an add-on to their MORE Everything plan. You see, Verizon, in this competitive wireless industry, is hoping that tablet add-ons and other connected devices will be the …err future of tech fun!

Hey, at least it has access to their XLTE network and Google Play!

Look, for $249, you can do a lot better. Hang around ebay’s Deals page for a couple of days and you should walk away with a real tablet.