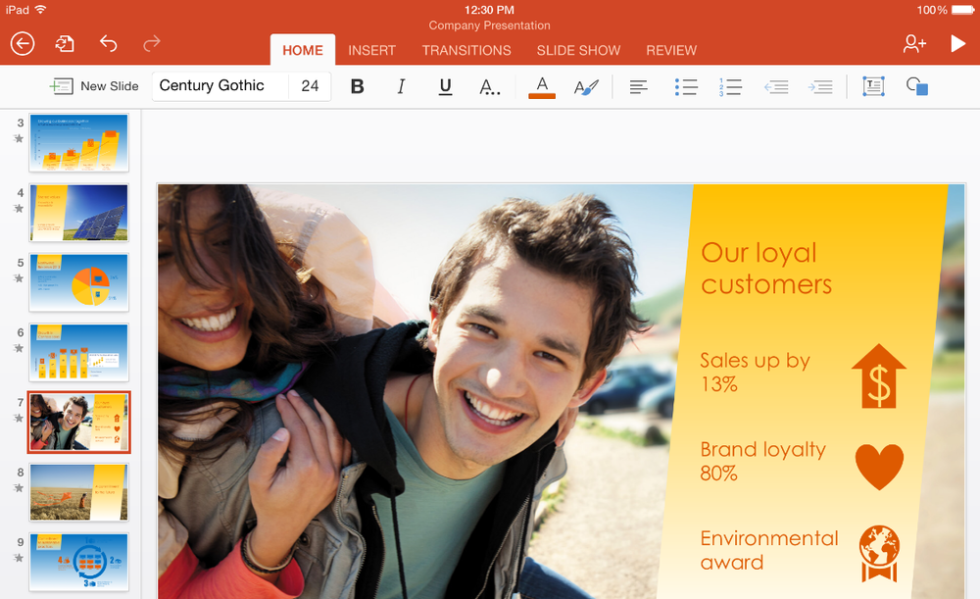 Microsoft is stepping up its productivity game with changes to Office on Android. The company recently announced Dropbox integration, and this morning, made Office consistent with the company’s offering on iOS by removing the Office 365 subscription requirement. Microsoft also unveiled a tablet-optimized version of Office for Android, which enters closed preview starting today.

Office 365 subscribers will continue to receive additional benefits like unlimited OneDrive storage and advanced editing capabilities, but the base Office experience is now completely free. Considering the wealth of productivity apps on Android, not to mention Google’s own Drive suite, dropping the paywall was probably a necessity. Still, however long overdue, the change will surely be appreciated by those invested heavily in the Microsoft ecosystem.

In more exciting news, Android is gaining the version of Office released for iPad earlier this year. Designed with larger displays in mind, it features touch-optimized tools that mirror Office on desktop. It is not rolling out widely just yet, but you can sign up to preview the application before its official release.