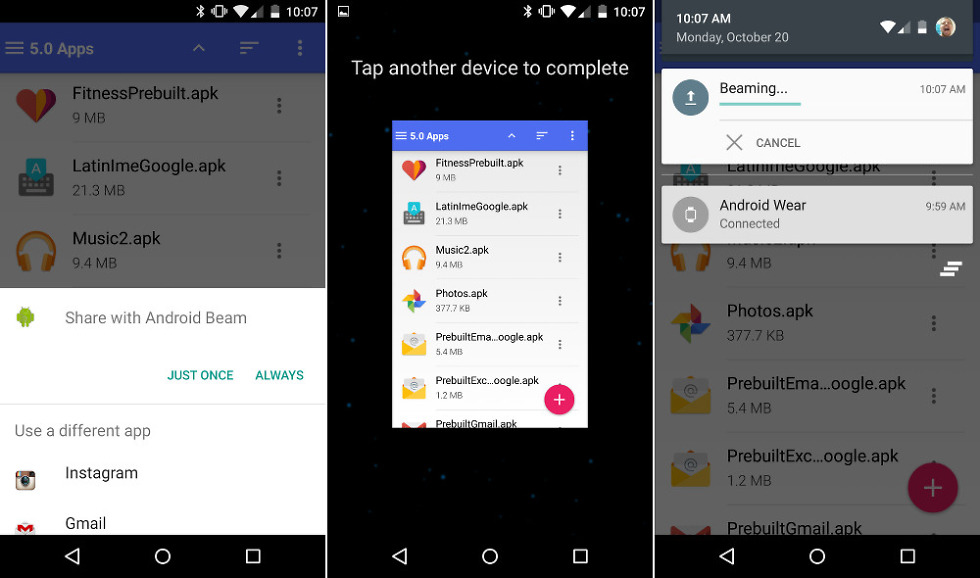 Back when the Android L preview was first released, we told you how excited we were that Android Beam was now included in the share menu. With Android 5.0 “Lollipop” official and up and running on our Nexus 5, we wanted to show you exactly why it is that we are so excited. In short, it makes sharing almost anything (more than just photos and links) in between devices so much easier.

As noted in the post from a couple of months back, adding Beam to the share menu removes one of the awkward steps when trying to share something between two devices. Instead of initiating a share through Beam by first tapping devices together, then following up a finger tap on the screen, you can now initiate the share through the share menu, and then follow through by simply tapping the devices together – there is no additional finger press.

Beyond ease of use, adding Beam to the share menu eliminates the need for the item you want shared to be on your screen. For example, you could be looking at a list of files in a file manager, tap the menu of the file you want to share, choose “share” in the share menu, and then Beam that specific file with a tap of two phones. In the past, I’m not sure there was even a way to initiate a share like that. Also, yes, you can share files like APKs.

To see the new Beam in action, check out our video below.

Here are the rest of our Android 5.0 feature highlights.