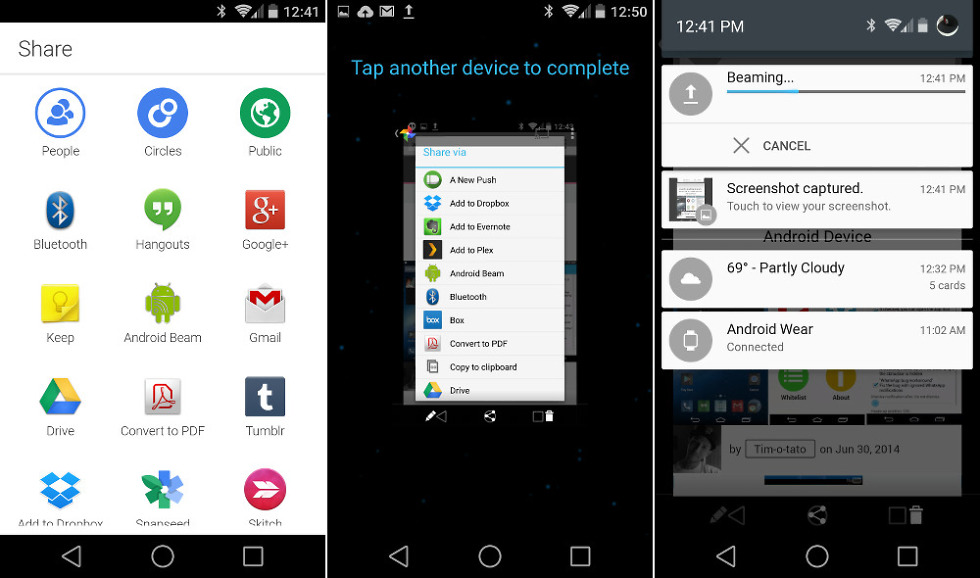 When you go to share an item now in the L version of Android, you will see an icon for Android Beam, along with your icons for Drive or Box or Dropbox or any other app capable of sharing. Once Android Beam has been tapped, your device will tell you to “Tap another device to complete,” which then sends the item as soon as the second device is touched.

If you are running Android L, give it a shot and tell us if this method is easier than the original or not.