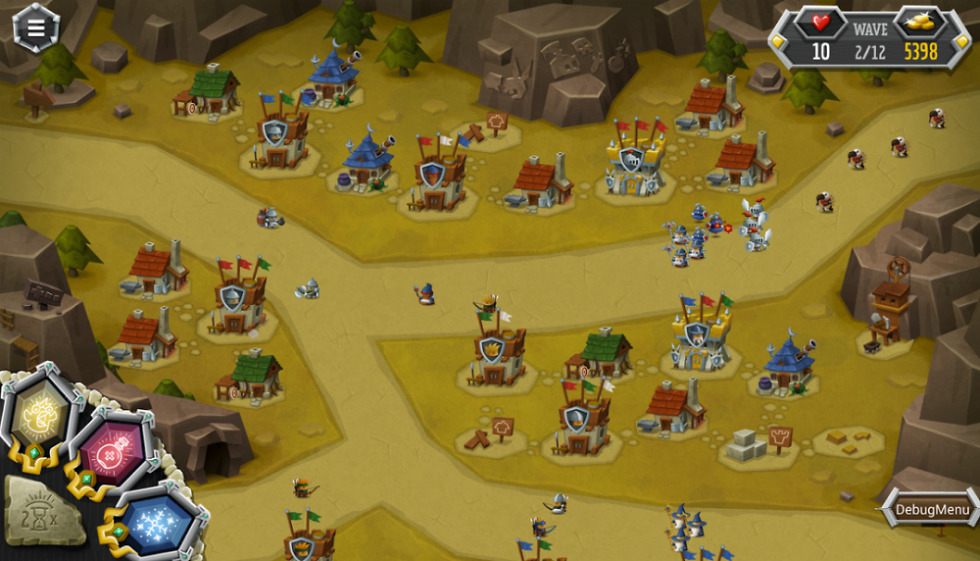 If you watch TV from time to time, you have likely seen a commercial for Clash of Clans. In fact, I don’t think I have seen more commercials for a mobile game than I have for that particular title, and it does seem rather popular on Google Play. However, after playing for about 15 minutes, I just could not get into it with so many in-app purchase (IAP) requests.

With a new game called Tower Dwellers from Noodlecake Studios, known for their publishing of Super Stickman Golf, Wayward Souls, and Punch Quest, the title looks to strip the genre of the constant bombardment of requests for your cash.

In the game, you play as a commander of forces who must take back his homeland. Strategically using your forces as well as magic spells, you set out to reclaim your home in epic battles against an evolving enemy. Unlike Clash, you can choose which territory you would like to conquer next, dependent on which upgrades it will unlock. The choice is yours.

The game costs $3.99, but for that price, the game promises no IAPs and the artwork appears to be very well done.

Go give it a try.