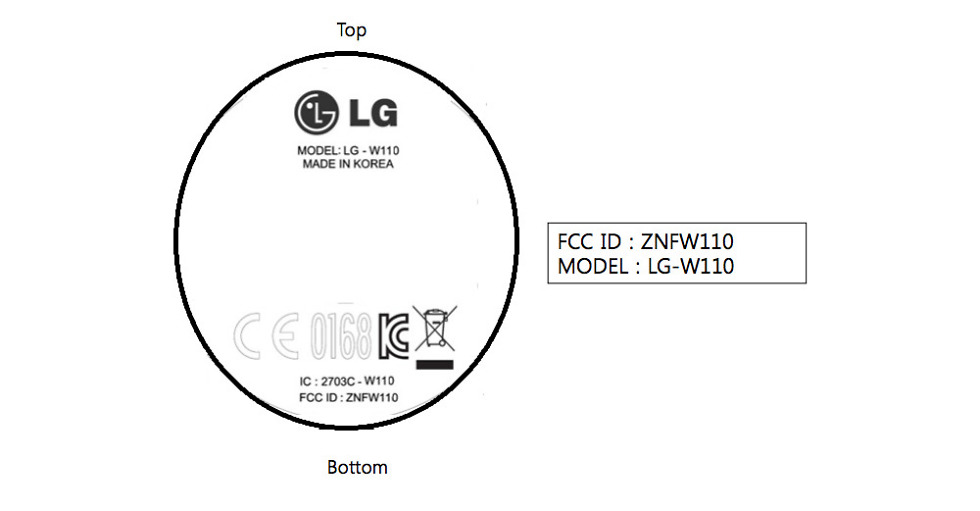 At the beginning of this week, a new smartwatch from LG with a round face was nothing more than a rumor that was somewhat difficult to believe. Fast forward to today and we have both video and image teasers from LG for a watch that is indeed round and will be officially unveiled at IFA next week. It’s name could be G Watch R or R Watch or something completely different, but it is coming. To make matters even more official, the watch has already stopped by the FCC under model number LG-W110.

As can be seen in the image above, the “smartwatch” is round. The actual FCC filing doesn’t tell us much, though, other than that it will support WiFi b/g/n and Bluetooth 4.0.

On a related note, the original G Watch falls under model number LG-W100. This is looking more and more like a quick follow-up!