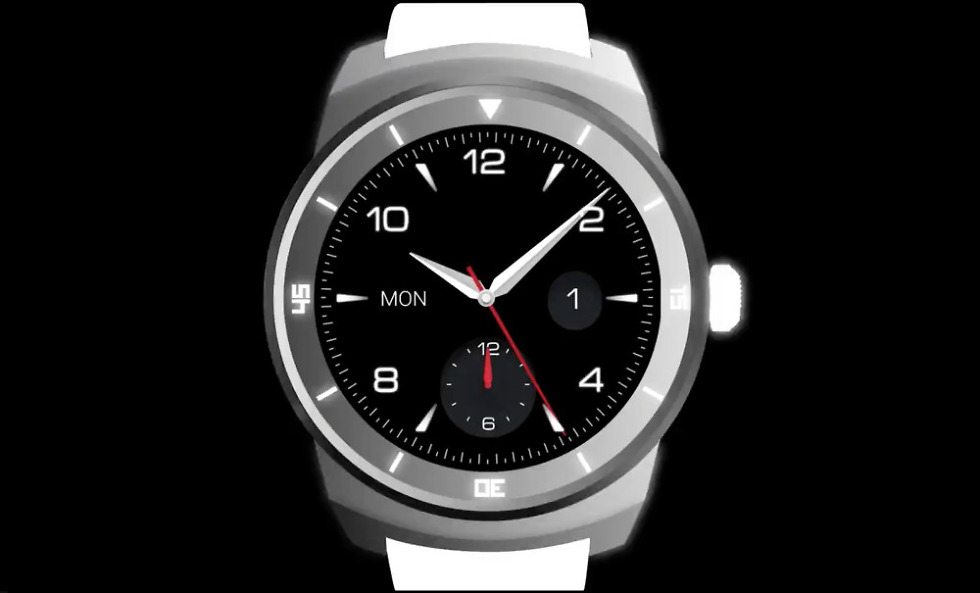 Rumors of a new LG smartwatch making its debut at IFA in Berlin over the first week of September popped up a week ago. Those are no longer rumors, as LG unveiled an official teaser this morning for its latest smartwatch that will indeed be shown off at IFA. And guess what? It will be a round smartwatch. Call it the G Watch R or G Watch Round or whatever you feel like, one thing is certain – the Moto 360 now has a competitor in the round smartwatch space.

The quick clip talks about rounding the corners and bends, feeling the gap, and making the perfect circle, as it animates a square into a circle that eventually overlays watch faces onto a watch. We went frame-by-frame to capture the clearest image (up top) they show us of the watch, though it is indeed a rough render. Assuming their teaser was meant to show this, you could probably assume that the watch will take this sort of form.

The watch certainly comes off a lot more classically designed than other smartwatches. You have a traditional housing with a dial/button on the right side. There is no mistaking that this is a watch and not a futuristic-black-box-calculator-1992-look-at-me-I’m-a-nerd-thingy on your wrist should you wear one. At least, according to this teaser.

After seeing this, a couple of quick thoughts immediately come to mind. First, I am all for another round watch to compete with the Moto 360. With that said, make it premium, LG, make it premium. If this new round watch is as bland and plasticy as the current G Watch, only in round form, I will not be interested. We know the Moto 360 is made up of stainless steel and premium leather, so even though LG is going round, it has to go big.

Second, did anyone else catch the little dig at the Moto 360 in the video below? For months, people have complained about the small black bar that takes up space at the bottom of the Moto 360’s round race, even calling it not fully round. We know that an ambient light sensor is housed there, so it has a specific reason for existing, but again, many can’t un-see it. LG, in this video, goes extra slow-mo during their rounding animation to show them erasing that bottom area (“feel the gap” it says – assuming they meant “fill”) and making the “perfect circle.” I giggled. Good job, LG.