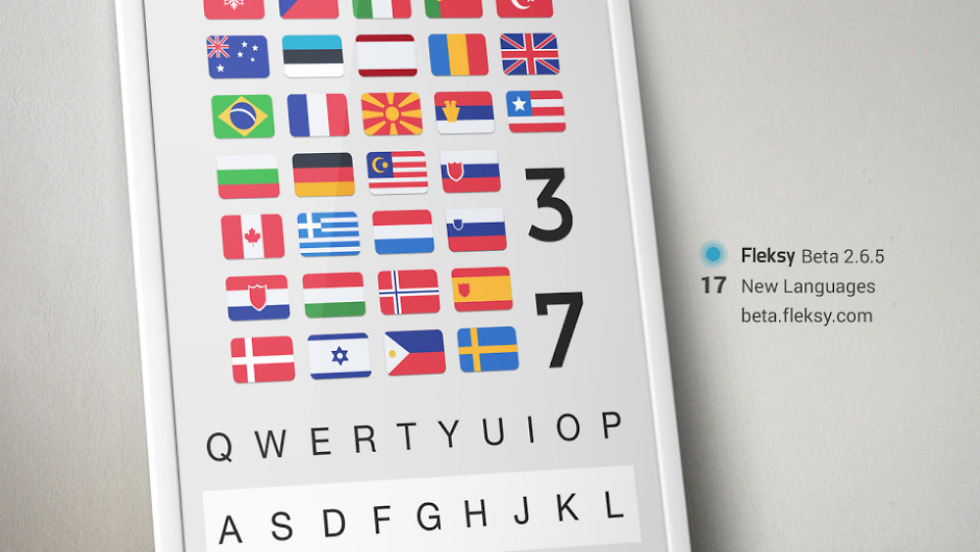 Fleksy may have made a keyboard for wearables, but that hardly means the team is abandoning their core smartphone offering. Case in point, Fleksy Beta 2.6.5 which released this morning, introduces support for 17 new languages. That brings the total number of supported languages to 37, quite the impressive statistic.

Also in tow is improved accuracy and dictionaries for all languages. Taking advantage of that improvement requires navigating to Settings > Languages and updating your language.

Here’s a full list of the newly supported languages:

Interested in enrolling in the beta? Join this Google+ community, opt-in to the beta here, and wait for an update through Google Play.