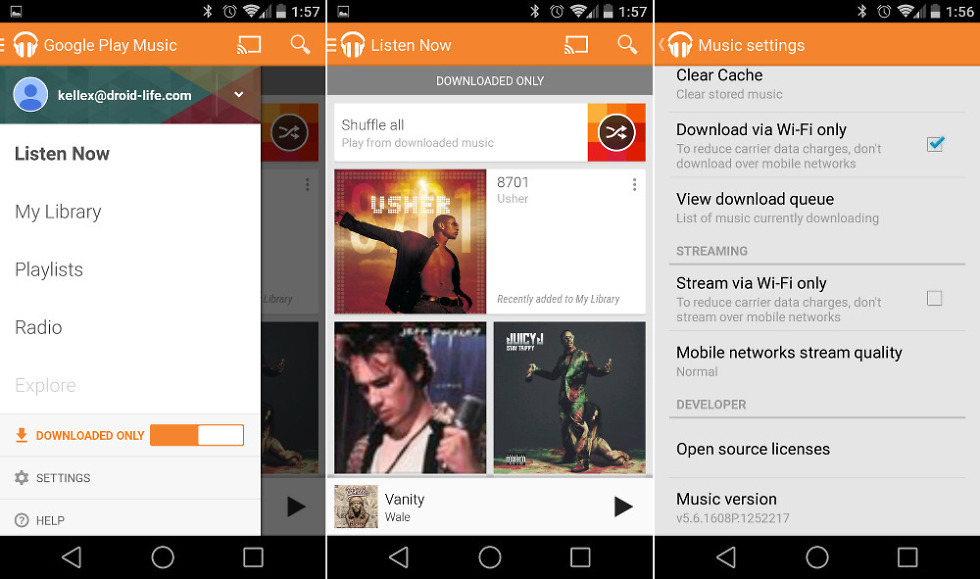 A new update to Google Music is rolling out today as build 5.6.1608P. The update isn’t massive by any means, but does include a couple of tweaks here and there to the layout.

First, in the slideout navigation menu, you will see a new toggle for “Downloaded Only” music, which is a way for Google Music to only show the music that you have stored on-device. This option used to be tucked inside of a drop-down menu at the top of the app, a menu that is now gone completely. The app now shows a “Downloaded Only” text bar when the option has been toggled, as well. Finally, in playlists, the “pin” button seems to have been swapped out for a “download” icon.

As we find more, we will update this post.

Update:  They also made account switching easier through the slideout navigation and are attempting to organize the devices screen.

You can grab the apk below if you aren’t seeing the update through Google Play yet.