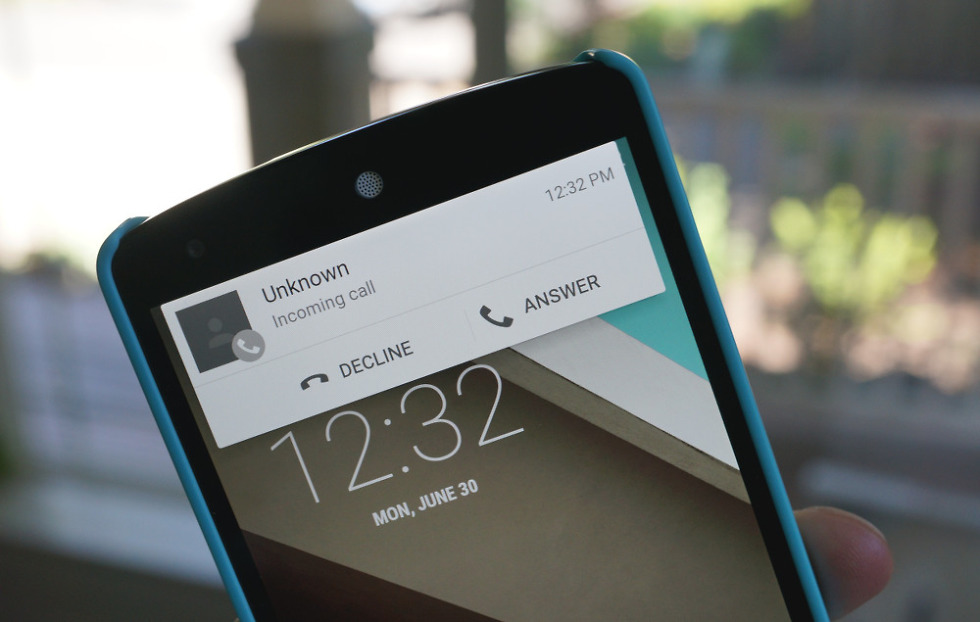 One of the more iOS-like features introduced by Google for Android L during last week’s I/O, were Heads-Up notifications. Think of them as floating notifications that appear at the top of the screen no matter what you are up to. Not only do they allow you to quickly glance at things like incoming messages or calls, but should a developer build in actionable buttons, you can interact with them as well, without ever having to pull down your notification shade.

At this time, we are still waiting for most developers to build in support for Heads-Up notifications. For now, the stock Android L alarm app, dialer, and low battery indicator all take advantage of this new feature, but I am not finding many other apps that do. Facebook Messenger randomly does, though.

Going forward, developers will need to set their set their notifications under priority “High” in order for a Heads-Up notification to display. At least that is my understanding without being an actual developer. Actually, according to the Android L developer preview documentation on notifications, it says that all notifications flagged as High, Max or during a full-screen takeover will be presented as Heads-Up.

This is one of those Android L features that is going to be awesome down the road, once developers make their apps ready for it. Thanks to the Android L preview, it should start to happen quickly.

Of course, for those not running Android L, there is already an app that tries to mimic the experience. 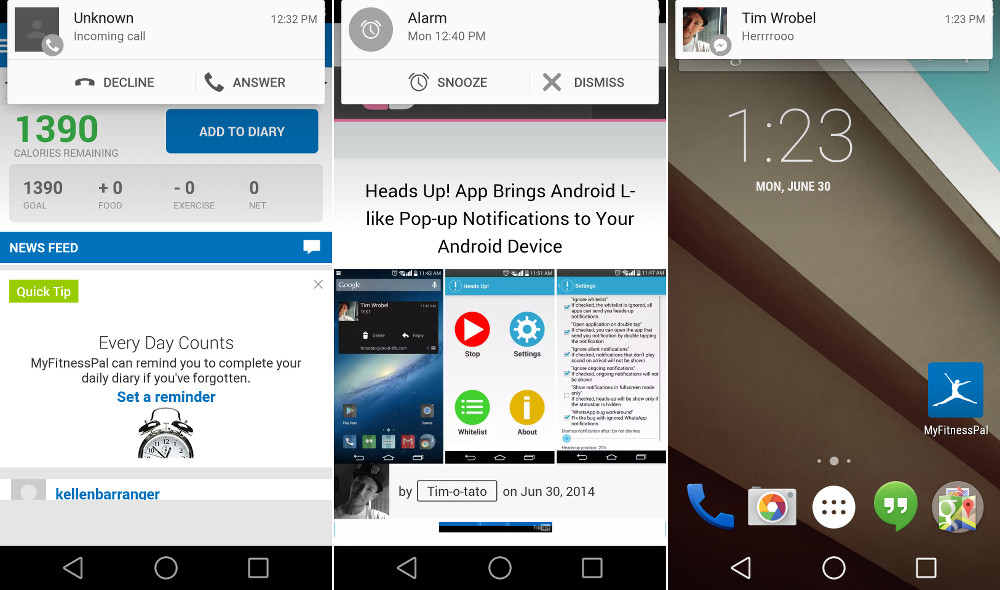