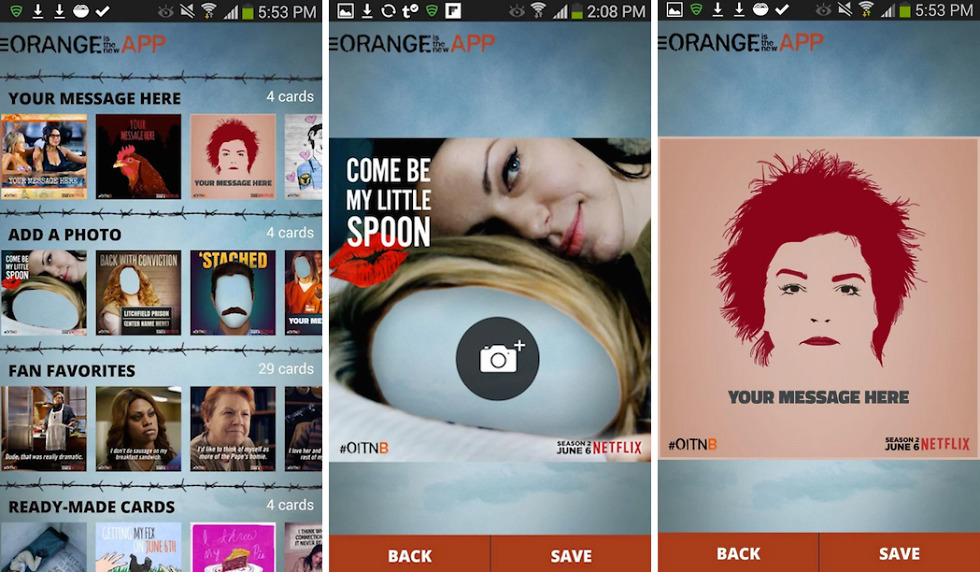 Have you been watching Orange Is The New Black, Netflix’s exclusive series, taking place inside of a female correctional facility? If you have been hesitant to give it a try, go for it – it’s actually pretty funny. Anyway, Netflix has released an official companion app for the series, allowing users to dive even deeper into a comedic drama that takes place inside Litchfield.

For example, users can shop their own face onto a character, who is Alex’s “little spoon.” While it is rather odd, fans of the series may get a kick out of it. You can also create your own character memes, then share them with the Interwebz with the app’s built-in social network integration.

Of course, the app is completely free, so give it a shot if you love yourself some Piper Chapman.