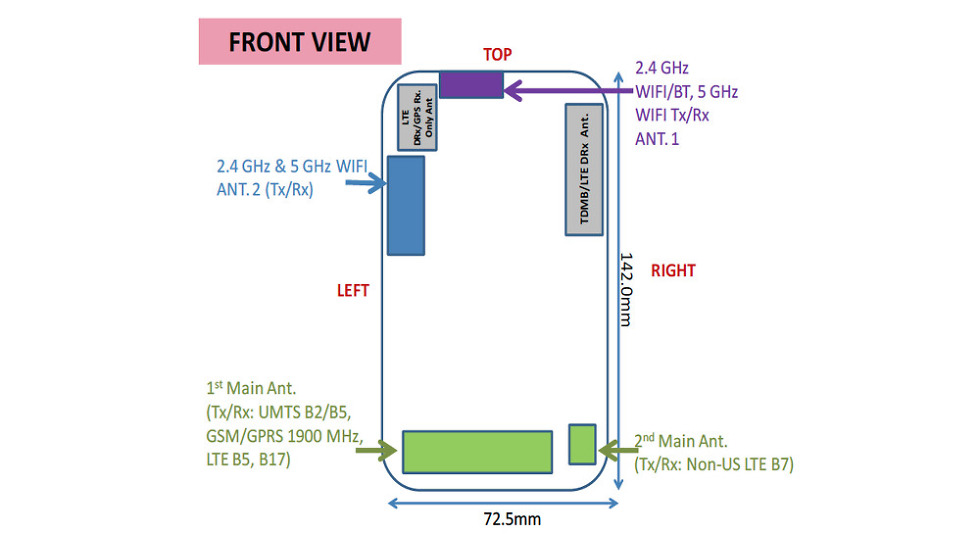 A Samsung device under the model number SM-G906 stopped by the FCC within the last few days, with support for LTE bands 17 and 5. As you may recall, the SM-G906 has long been rumored to be the Samsung Galaxy S5 Prime, or the premium version of Samsung’s 2014 flagship with a Quad HD display. The listing doesn’t tell us much, but does give us three potential models of G906K, G906S, and G906L to keep an eye on.

It is an odd listing, because LTE Bands 17 and 5, along with GSM compatibility on 850 and 1900 doesn’t exactly scream “US carrier!” If these were devices headed for AT&T, they would support band 17 and 4. If they were headed to T-Mobile, the GSM compatibility would need to change. They certainly aren’t Verizon or Sprint phones. So what are they?

Well, they are either the Prime or just another variant of the Galaxy S5. There is a model number listed for the battery used (EB-BG900BBK) in the device during testing by the FCC that brings back nothing by Galaxy S5 hits.

I guess the question now is – does an FCC sighting mean we are closer than ever?