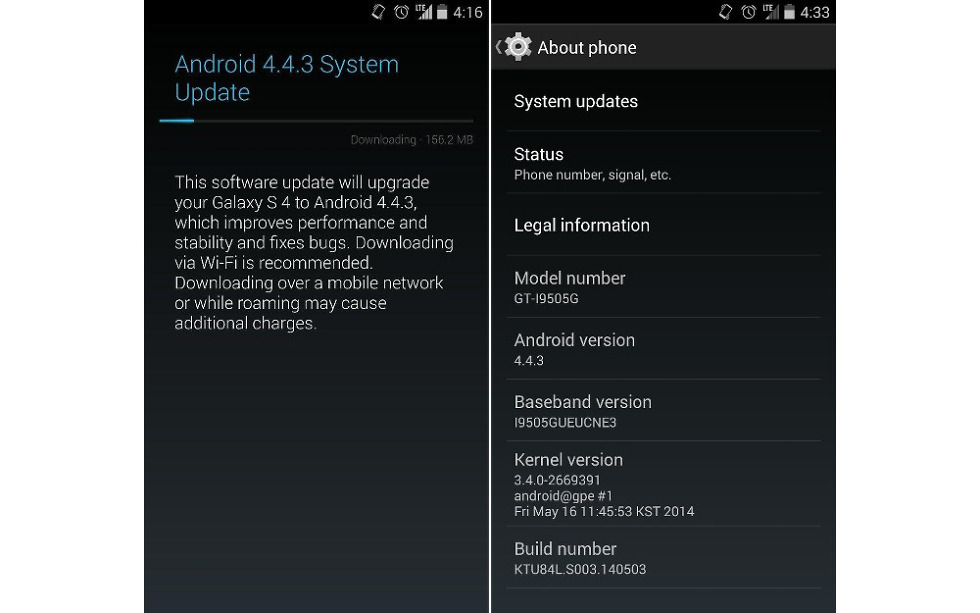 According to at least one proud owner of the Samsung Galaxy S4 Google Play Edition, Google has already started rolling out Android 4.4.3 to the device. As you can see in both screenshots above, the update weighs in at a solid 156.2MB.

As we noted yesterday, stock Android 4.4.3 includes a newly skinned dialer, along with a slightly improved People app. The rest of the update is mostly behind-the-scenes bug fixes.

Update:  HTC One (M7) GPE is receiving it as well! 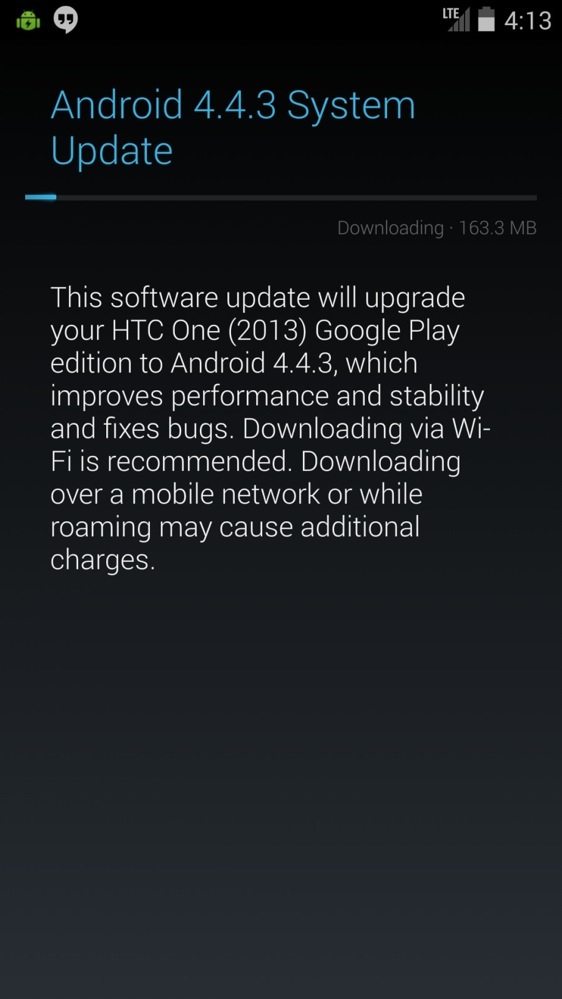 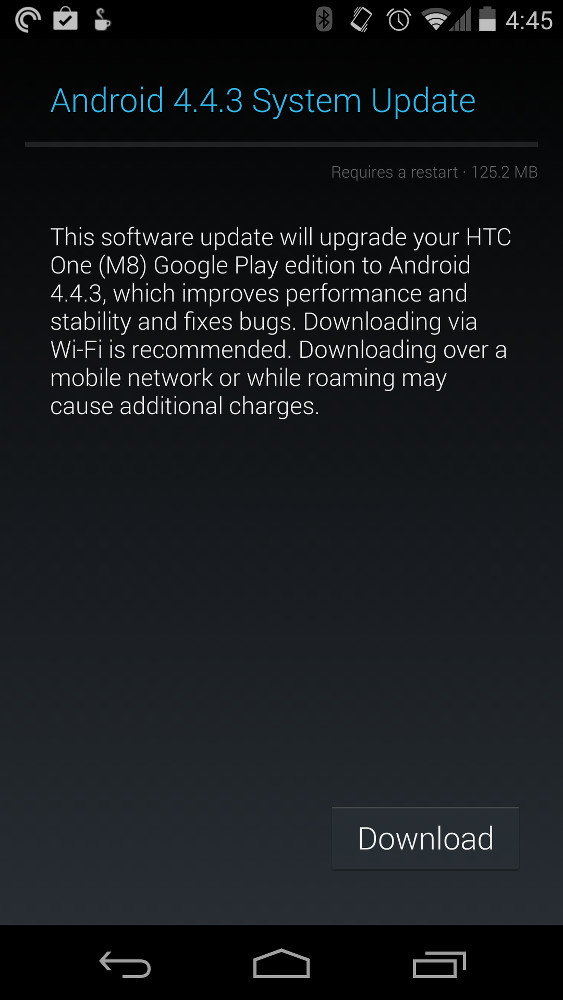