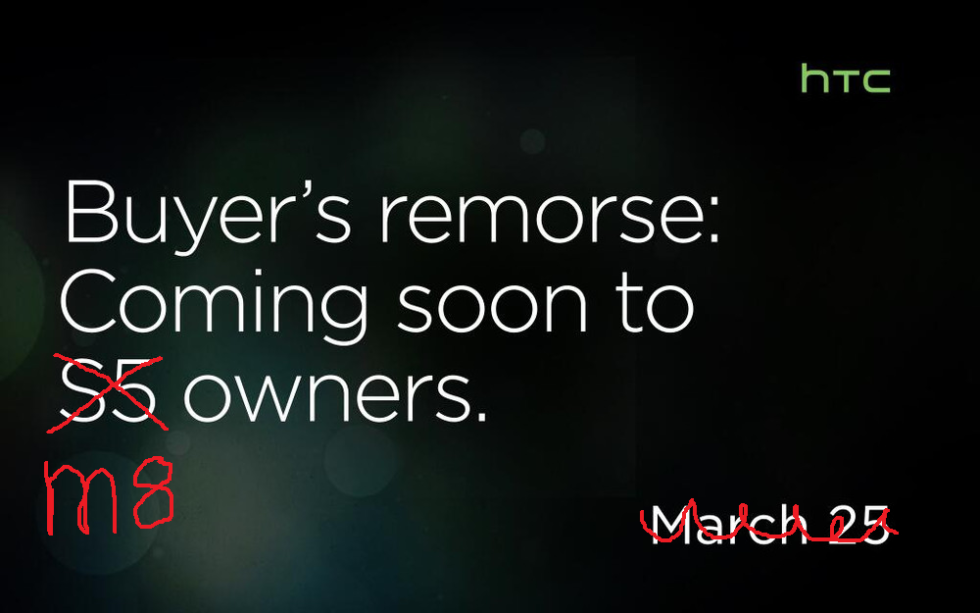 Remember that HTC tweet about buyer’s remorse? The company may be ready to eat its own words if rumblings are to be believed. HTC is allegedly prepping a “prime” version of the HTC One (M8), as evidenced by leaked a terminal code for an “M8_Prime.”

The rumored specs of the HTC One (M8) Prime include a 5.5-inch Quad HD (1440×2560 pixels) display, Qualcomm Snapdragon 805 quad-core processor, 3GB of RAM, and base storage of 16GB. That is all very plausible, considering the LG G3’s specs are nearly identical, minus the processor (the G3 will reportedly pack a Snapdragon 801 chipset).

The camera is where things get interesting. According to the source, the Prime will retain the dual-camera setup found on the M8, but will up the megapixel count to 5 MP for the main camera and 18 MP for depth perception. That’s a little harder to swallow, but HTC can be full of surprises.

HTC reportedly plans to launch the HTC One (M8) Prime in September.