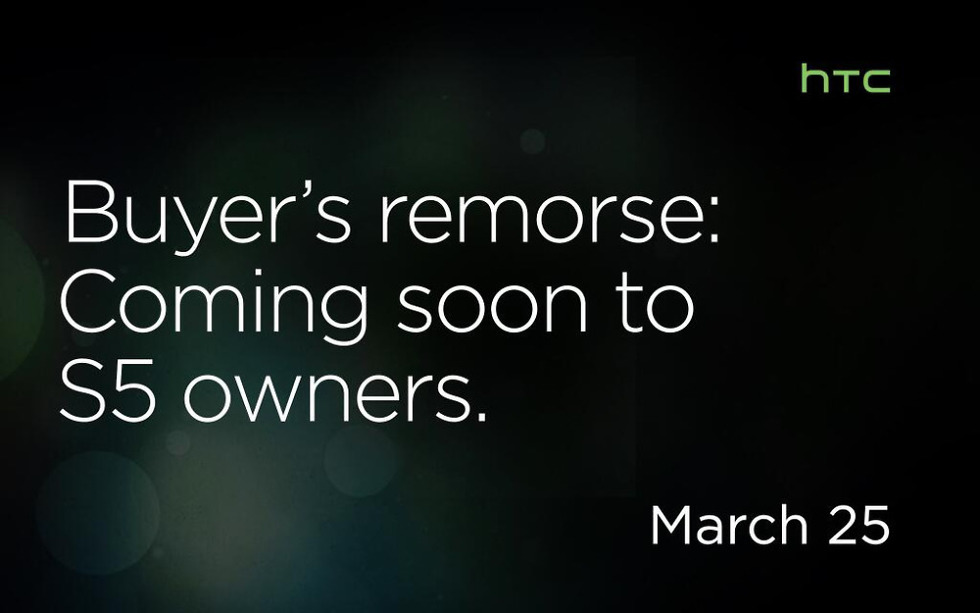 Leave it to HTC to take the first shot following Samsung’s unveiling of the Galaxy S5. Through their official Twitter account, HTC made the bold claim that Galaxy S5 owners will soon experience buyer’s remorse come March 25, when the new One is announced.

While we love the competitive nature and fighting spirit of HTC, they should at least get all of the facts straight before going after the competition. The Galaxy S5 doesn’t go on sale until April, so no one will own the device by March 25. In other words, they can’t possibly have buyer’s remorse.

Update:  Apparently, HTC sent their Tweet before Samsung announced a release date, not following the announcement as I suggested. Either way, the Tweet is wrong and and looks semi-ridiculous. See you on March 25, HTC!