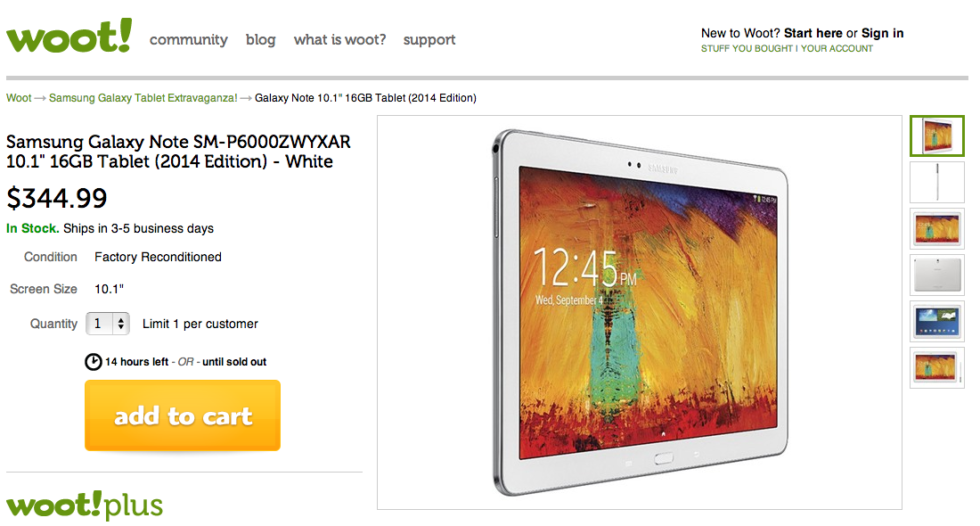 Daily deal aficionado, Woot, is currently hosting what it believes is the ultimate Samsung Galaxy tablet blowout. I wouldn’t necessarily disagree with their mindset, since the tablet lineup includes the Galaxy Note 10.1 (2014), which was Samsung’s flagship tablet from September of last year up until the NotePRO lineup was introduced at CES. We’re talking S Pen, an Octa-core processor, 3GB of RAM, and a gorgeous 10.1-inch display with a resolution of 2560 x 1600. This is a top-of-the-line tablet, my friends.

Keep in mind that these tablets through Woot are “factory recertified,” so they aren’t exactly brand new. With that said, some believe that recertified or refurbished models are often better than originals since bugs and hardware defects have been worked out.