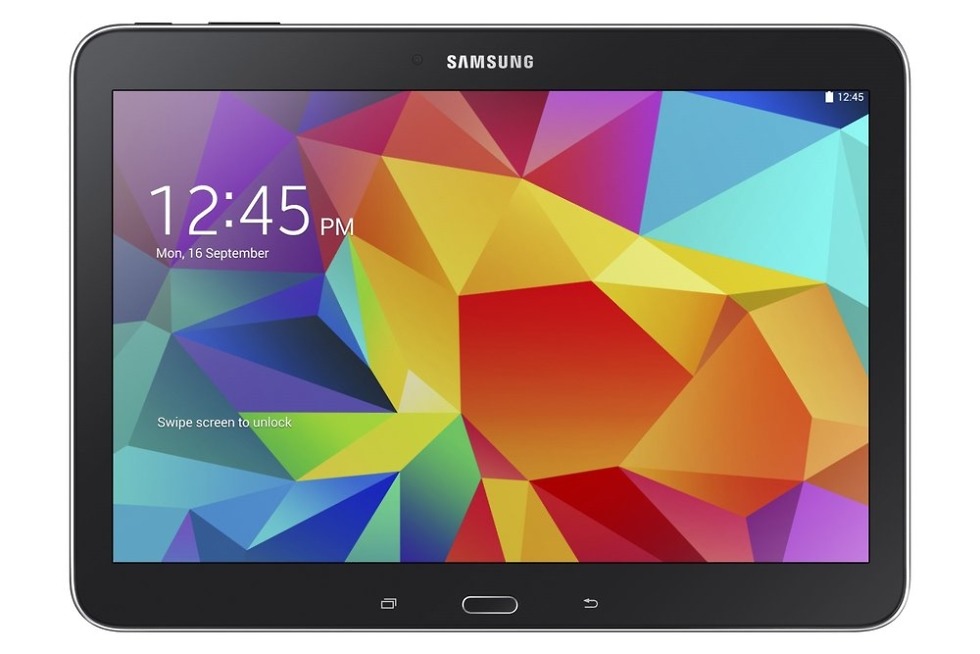 The details of the announcement confirm most of last week’s leak. The Tab4 series devices evoke the Galaxy Note 3 and Galaxy S5 design-wise, but pack low-end hardware. Each has a faux-leather finish evocative of the Note, but capacitive multitasking and back button placement like the S5. In terms of internals, all three models share an identical 1.2 GHz quad-core processor, a 1280×800 WVGX display, 1.5GB of RAM, 3MP rear-facing and 1.3MP front-facing cameras, at least 8GB of internal storage, and MicroSD card slots. A notable difference is power capacity between models; the 10.1-inch tablet packs a 6,800mAh battery, while the 8.0-inch maxes out at 4,450mAh.

In addition to WiFi-only versions, the Tab4 series will come in flavors compatible with LTE and HSPA+. All will ship with Android 4.4 KitKat and Samsung’s Group Play, Samsung Link, ChatON, and WatchON applications.

Samsung intends the ship the devices sometime during Q2 of this year. The company wasn’t ready to reveal pricing, but considering the low-end nature of the Tab series, you can expect them all to be relatively affordable.