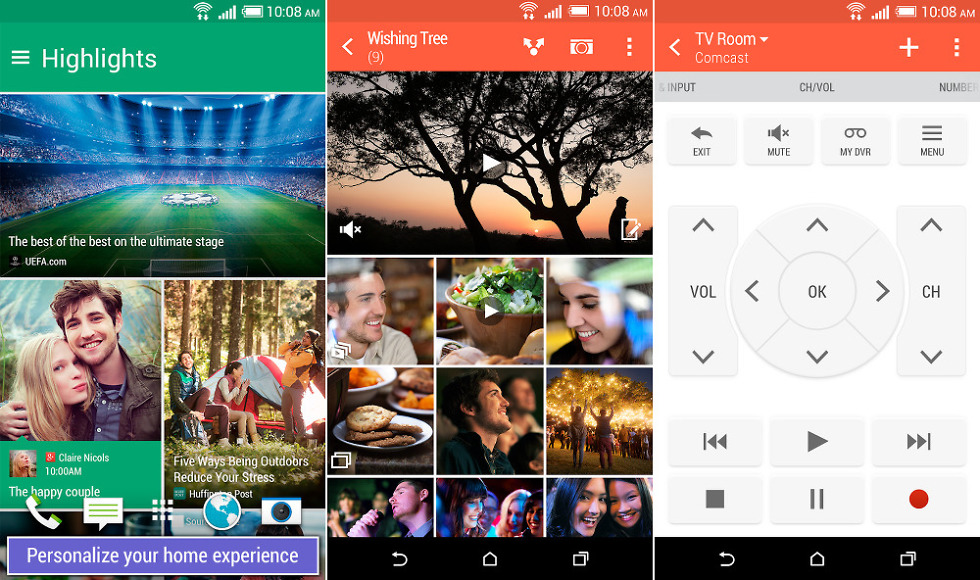 Over night, HTC pushed live to Google Play a whole bunch of apps for the “All New HTC One” that will be announced in under two hours at events in London and NYC. The apps are BlinkFeed, Gallery, SenseTV, Service Pack, and a companion app for their Fetch accessory. The story isn’t the apps, though, it’s what this move means for HTC devices going forward.

Fans of the Moto X know that once Motorola started updating system apps through Google Play, that things became instantly more awesome. By updating Active Display, Touchless Control, and the Gallery for the Moto X, Motorola was able to introduce new features and fix bugs for their key apps without having to issue an entire firmware update to the phone. HTC can now do that as well with this move.

Their launcher – BlinkFeed – can see continual improvement without the need of an OTA update, that as we all know, takes months to get through carriers. Their Gallery app, SenseTV (remote and TV service), and Service Pack are all now capable of receiving updates as well, without interference from a carrier.

In other words, you should see new features and updates for your new One often. This could also mean that general OTA updates will be much easier, as HTC doesn’t have to worry about updating to new core apps, since the Play store will take care of that.

Pretty cool move, one that we certainly can’t find fault in.

Oh, the Gallery app listing also mentions that a Google Play Edition of the new One (M8) is on the way, but we already told you that.