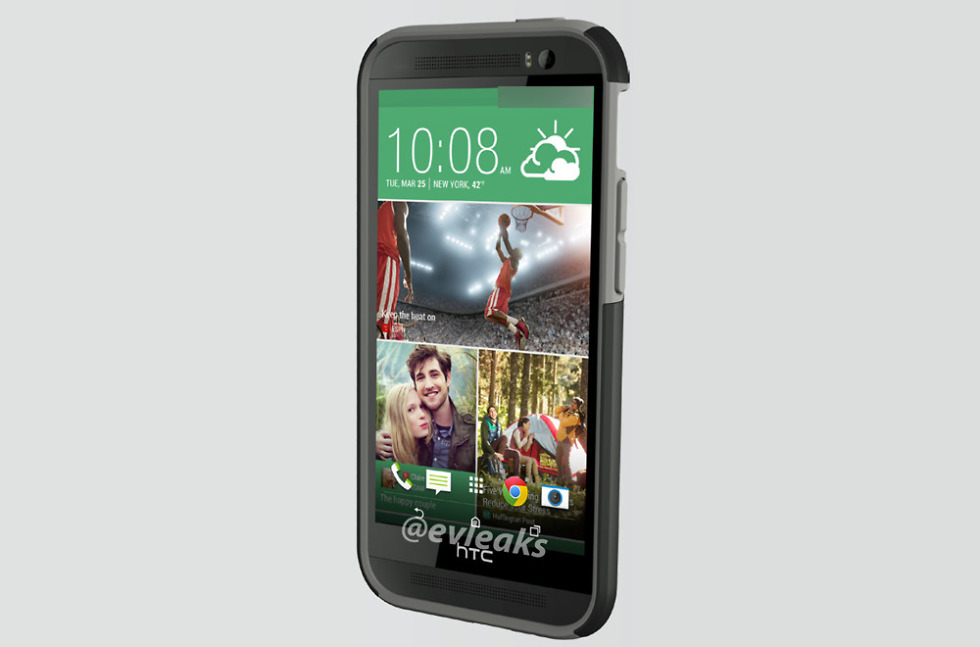 With a March 25 press event now looming, the leaks for HTC’s upcoming flagship phone will likely only pick up. Codenamed the M8 and successor to the One, the latest image of the device with a case on comes to us courtesy of industry leaker @evleaks. The image doesn’t necessarily reveal anything new, but the date of March 25 and location of New York City is listed on the device, both of which relate to the event.

Other than that, we’re seeing BlinkFeed once again, along with transparent on-screen navigation buttons. We also have dual BoomSound speakers, a front facing camera that looks bigger than usual, and an overall design that mimics the HTC One.