HTC is sending out press invites this morning for an event that will take place on March 25 in both London and New York City. Just like you, we are expecting this to be the unveiling of their follow-up to the HTC One, which has been leaked left and right for weeks as the HTC “M8.” While details are certainly not official or confirmed, the device appears to mimic the HTC One, but with an odd dual-camera setup and on-screen navigation buttons.

Samsung is going to give us their next flagship, the Galaxy S5, next Monday, so we can’t help but be a little worried for HTC that they will be late to the 2014 party. We’re not sure HTC can afford to be late to the party anymore after struggling for years to regain ground in the smartphone market.

Let’s hope they have something…I actually don’t know what they need anymore. As a tech fan, and for the sake of all other tech fans, I just hope the phone is awesome. 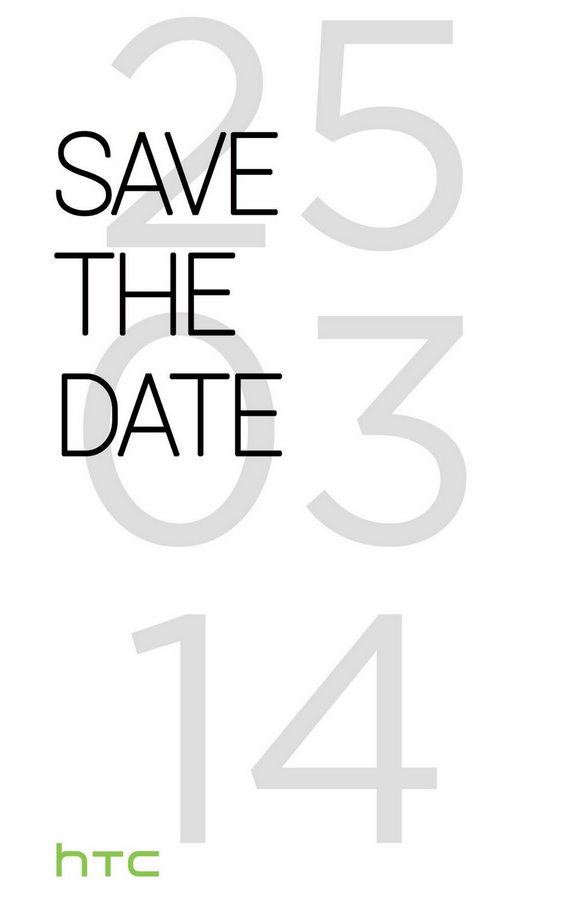