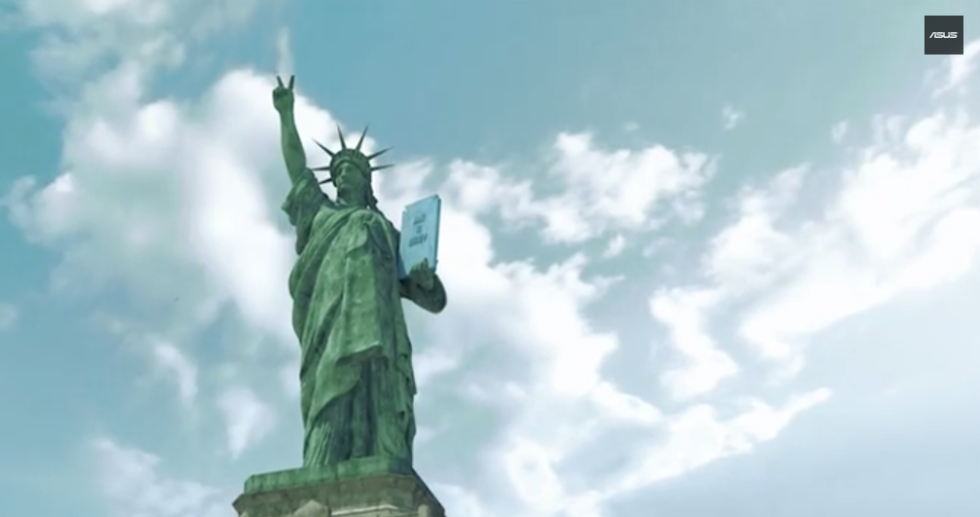 With CES around the corner, expect to see a tease or two per week from companies looking to steal some of the spotlight from competitors or at least make us pay attention for a minute. Asus is one of the first up with this new clip that dropped over the weekend. It features the Statue of Liberty throwing up deuces to tell us that it has a product that can do two things. The product appears to be a tablet of some sort, or convertible laptop-to-tablet dealio, which also flashes green and blue as a potential sign that we’re looking at Windows and Android.

We have seen a couple of dual-booting Android-Windows combo devices over the years, none of which seem to have really caught on. But Asus certainly seems to be into this dual-everything idea. They already have an all-in-one PCs that boots both Android and Windows, plus we’re all very familiar with their Padfone concept of having one device to power both a phone and tablet. Maybe whatever they have in store for CES will finally be the ticket.