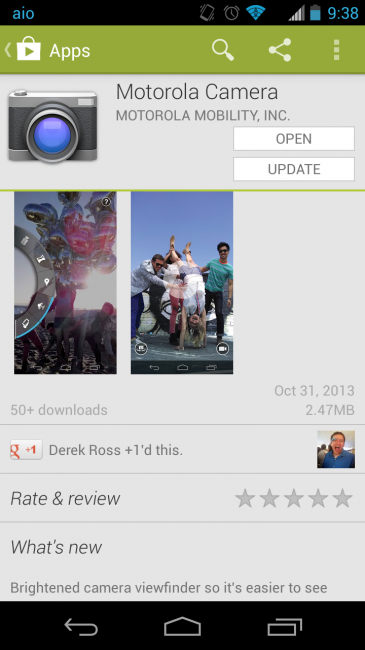 If you own a Moto X, you should find an update awaiting you.

We haven’t had a chance to test the camera after the update since it just went live, but we’re excited to see Motorola taking updates this serious. Google took this route with a number of Google apps over the last year, a move that gives them more control over updates and features. We like it.