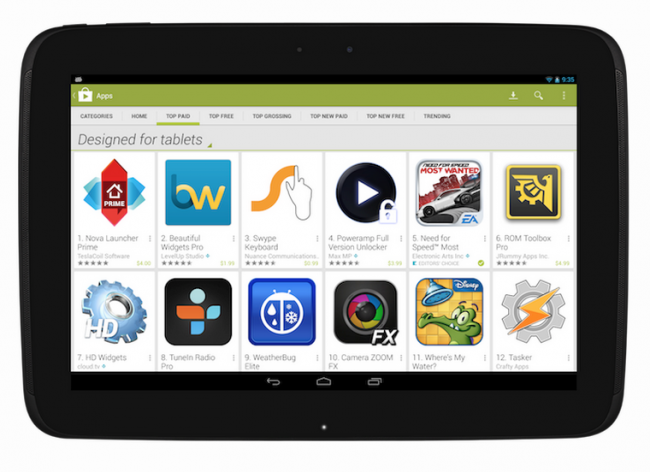 This morning, Google announced that they will make a “series of changes” to the Google Play store on November 21 to further improve tablet app visibility. Even though more than 70 million Android tablets have been activated over the years, there is opportunity to do more.

The news comes via the Android Developers blog as a reminder for developers to get their apps ready for tablet usage.

And I don’t want to look too much into the date, but why November 21? What’s happening on that day?