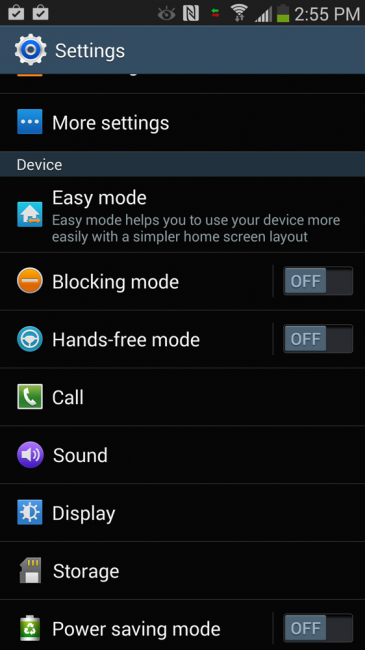 Look! Blocking Mode on a Samsung product that was made for Verizon!

For those not familiar with Blocking Mode, think of it as a setting built-in to Samsung phones over the last few years that allows you to silence or snooze your phone during a specific time period. The idea is pretty simple, really. During those times where you actually care to get a peaceful night’s sleep or are in a meeting, you can turn Blocking Mode on, which would tell your phone to block incoming calls, turn off notifications, and even the LED indicator. Should the thought of your phone shutting down all notifications and calls completely, scare the hell out of you, you can tell it to allow favorites or important persons to pass through.

So why throw a little celebration over this feature being included in a Verizon phone? Well, dating back to what I believe was the Galaxy S3, Samsung started including this feature in every single version of its phones. Well, except for on Verizon’s variants. For whatever reason, Big Red decided that this feature was either going to eat their network alive or use 300GB of data per month, and had Samsung bury it deep in the OS. They then did the same thing with the Note 2 and Galaxy S4. Seriously, we actually have no idea why they removed such a useful feature that doesn’t touch their network, but it happened over and over again.

As the Galaxy Note 3 launch grew near, we started to wonder if Verizon would allow Blocking Mode. From the screenshot above, it looks like they have seen the light. It should be located in the Device area in the phone’s settings.

Update:  The WiFi toggle has returned too! The ongoing WiFi reminder and removal of the WiFi toggle is now a thing of the past, at least with the Note 3. 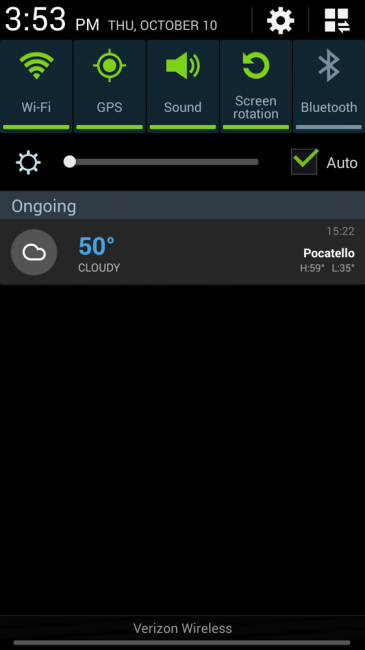