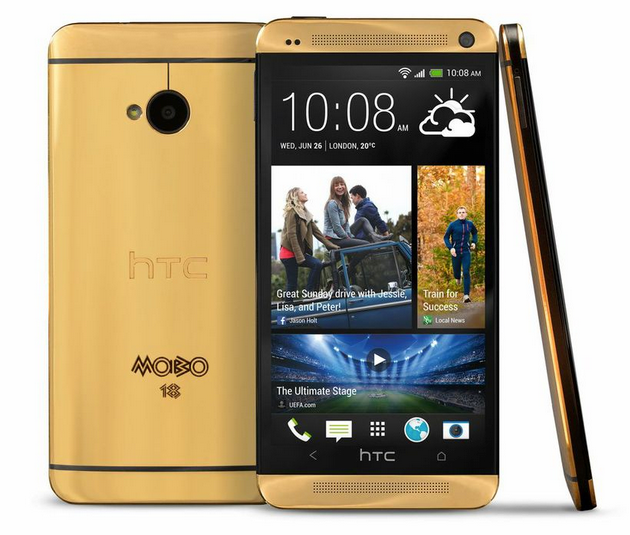 HTC UK announced this morning that they are producing just five units of a very special edition, 18K gold One smartphone. You will be happy to know that there is actually a special occasion that warrants the creation of this device, valued at roughly $4430, and that is the 18th annual MOBO awards. Since only five of these are being made, and the value of them is so high, these are now the most exclusive and expensive HTC devices ever made according to the company.

The device was made in a partnership with Goldgenie, who has actually been selling gold, platinum, and rose gold HTC One units for a few months now. Sure, they are overpriced and only Trinidad James should think about buying one, but they are always available if you have the resources.

Oh, and if you feel like voting for the MOBO awards (Music of Black Origin), then you can do that by following the via link down below. 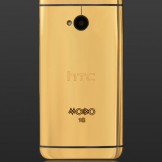 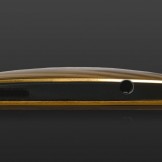 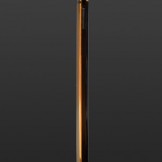 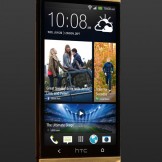 to celebrate the 18th anniversary of the MOBO Awards

London, 8 October 2013 — HTC UK, a leader in mobile innovation and design, today announces the release of the Gold HTC One, created using REAL gold. Produced to celebrate the 18th Anniversary of the MOBO Awards, this very limited edition phone will be presented to the winner of Best Newcomer category sponsored by HTC at this year’s ceremony in Glasgow on 19th October.

Valued at £2,750 and with only five in existence, the limited edition Gold HTC One is the most exclusive and expensive smartphone ever created by HTC. It was crafted in partnership with Goldgenie founder Laban Roomes. To achieve this luxury look, the zero gap unibody of the HTC One on the front and back is plated in 18ct gold. It is polished to give a sophisticated finish and a special MOBO 18 logo is laser etched on the rear of the device. These elements come together to create the ultimate recognition for the prestigious music awards show.

The Gold HTC One includes all the performance of the award-winning HTC One, including HTC BlinkFeed™, HTC Zoe™ and HTC BoomSound™, together reinventing the mobile experience and setting a new standard for smartphones.

Phil Blair, HTC President, Europe Middle East and Africa said: “The best artists have always been given gold discs to celebrate their success, but today most people listen to music on their phone. We wanted to celebrate that fact. The award winning HTC One is the gold standard in mobile design and innovation, so it was an obvious choice to make it even more special. We’re sure the winning MOBO artist will love their unique phone and we will even be giving a lucky member of the general public the chance to get their hands on one soon too.”

Kanya King MBE, founder of the MOBO Awards commented: “MOBO turning 18 is a huge achievement and a special time for us.  The 18ct Gold HTC One phone is a great addition to our coming of age celebrations and helps add MOBO glitz to proceedings!”

You can vote for the winner of Best Newcomer and the recipients of the Gold HTC One on the MOBO website at http://www.mobo.com/voting2013/best-newcomer. In the running are:

Goldgenie has previously made bespoke phones for Denzel Washington, Will Smith and Kate Moss, but this is the first time they have worked directly with an Android manufacturer.

Since its launch, the HTC One has attracted a host of editorial and industry awards which recognise its superior performance and new benchmark in design. Just last week the HTC One collected Gadget of the Year, Phone of the Year and the Design Award at the T3 Gadget Awards 2013. Other highlights include the GSMA’s Global Mobile Award for Best New Mobile Device or Tablet at Mobile World Congress 2013, Computex Taipei’s Gold Medal in Design and EISA award for Best European Advanced Smartphone 2013-2014.