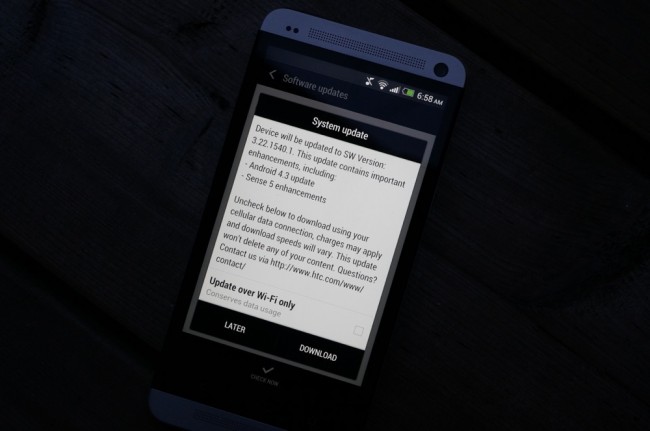 HTC told announcement a couple of days ago that we should see an Android 4.3 update for the HTC One Developer Edition before the end of the week. That update is now rolling out to both the Developer Edition and Unlocked variant of the phone here in the U.S. as build 3.22.1540.1. As you can see in the image above, my unlocked version is a part of the rollout.

The update jumps the device from Android 4.1.2 to Android 4.3, which means it receives all of the goodies introduced in Android 4.2, like quick toggles in the notification bar. But the bigger deal here is likely what HTC has done with Sense 5 enhancements, which range from new Highlights options to swiping up on Home to access Google Now. We’ll be diving in as soon as this install finishes up and will report back on our findings.

Who doesn’t love a 7AM update?