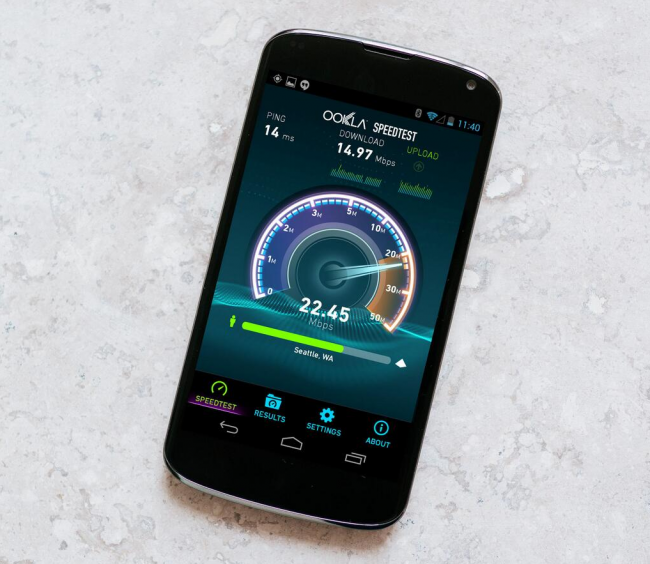 According to Ookla’s Twitter account, we should see a revamped Speedtest 3.0 app arrive on Android this week. In the teaser pic posted this morning, we get a glimpse at the end of an era in terms of ancient smartphone app design. The Speedtest app – which has 10-50 million downloads on Google Play – has long-been our source for LTE, HSPA+, and WiFi speedtests from mobile devices, but has also been one of the most cringe-worthy in terms of appearance. In fact, the official screenshots for the app date back to pre-Gingerbread – likely Froyo territory.

The app pictured looks decent, outside of its wild neon color scheme. Anything is an improvement over the current and very neglected offering from Ookla. The layout appears to remain the same, with Speedtes, Results, Settings, and About buttons layering the bottom. As Adam has already mentioned in the comments, it looks exactly like the iOS version.

Hopefully, it does a better job at finding the closest server for more accurate results.