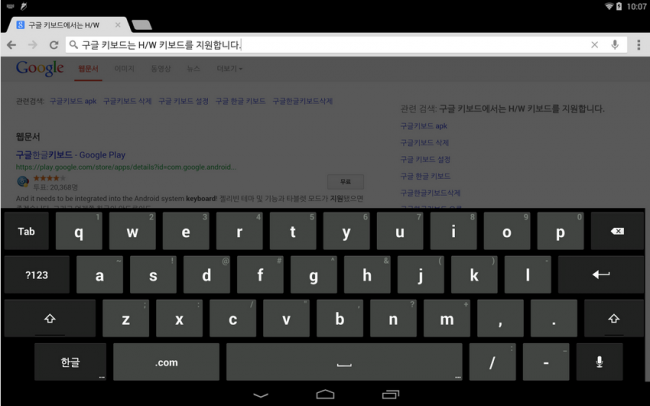 Thanks to a recently uploaded screenshot to the official Korean Google Keyboard listing on Google Play, we may have our first look at Android 4.4, which has officially been dubbed Kit Kat. The screenshot, as you can see above, shows a grey notification color scheme along with a Key Lime Pie debug icon. As you all know, Key Lime Pie has been Google’s internal codename for Kit Kat as they get Android 4.4 ready for release. Depending on how recently this screenshot was taken, they still may be running with KLP up until the last possible minute.

So what can we learn? Well, a recent rumor suggested that Android 4.4 may offer users the option to customize the default system color scheme away from the Android blue and onto whatever you’d like. For example, you could go straight up DL pink across the system if you’d like. Seeing grey doesn’t necessary confirm this new feature, but I certainly hope Google wouldn’t force a drab black and grey scheme on us without the option to change. Color is a good thing, right? Other than that, not much else can be seen.

For reference, the Jelly Bean debug icon is just that, a Jelly Bean icon.

As we inch towards October, we should learn more and more about Kit Kat. This is only the beginning.