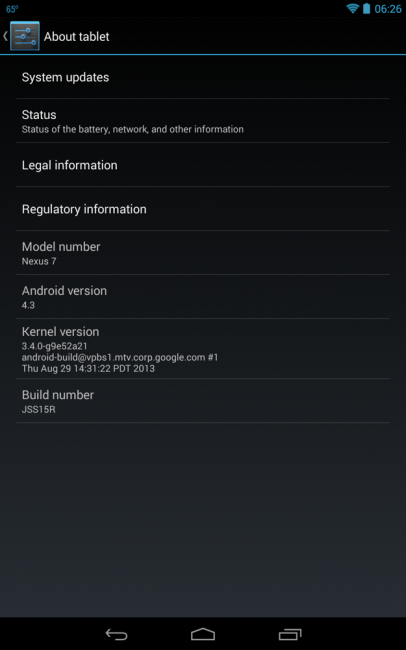 A new Android 4.3 update is currently rolling out to the new Nexus 7 WiFi models this week as build JSS15R. The update is tiny, so we’re not even sure if it does much but fix bugs. We were hoping that it would address the ongoing touch-screen issue saga, but reports out of Google’s support forums aren’t giving us much hope.

The update is 8.0MB in size and can be grabbed by visiting Settings>About tablet>System updates, if it hasn’t already downloaded automatically for you. 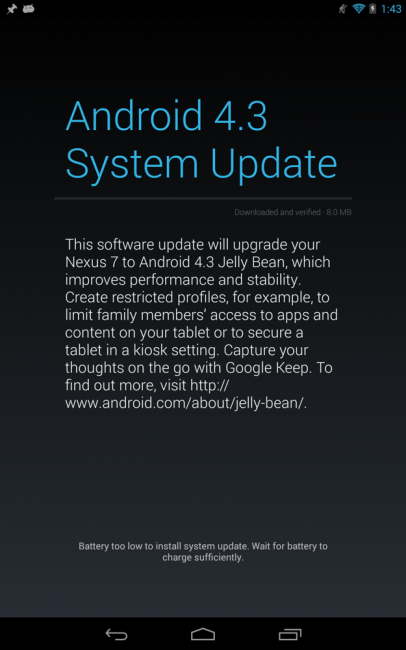