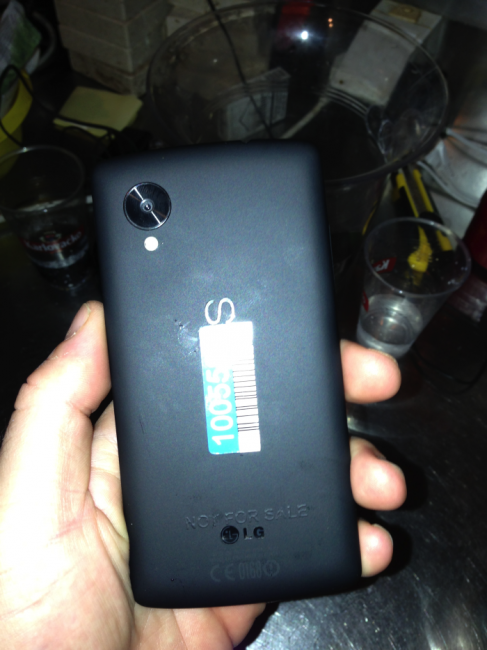 Two videos hit YouTube today, briefly (we stress briefly) showing off Google’s upcoming Nexus 5 smartphone in action. From the videos, we can watch the device be turned on, then the user playing with the N5’s lockscreen. The other video shows off the device’s screen-off animation, which looks to be the same as Jelly Bean’s (retro TV).

Along with the videos, three pictures were also taken of the Nexus 5. One gives us a very crisp look at the device’s backside, while the other shows off the front. The third image captures a look at the boot animation, which appears to be the same the Google Play Edition device’s boot animation. As we can see, the device is clearly made by LG, which goes along with everything else we have seen from leaked images to reports out of the FCC.

As you may see and hear in the videos, it’s quite clear that the device was being played with at some high school party or at a bar. There is loud music, loud voices and is that a bong I spot?

From the amount of info we are seeing leaked, it’s safe to say we may be getting pretty close to an official unveiling. 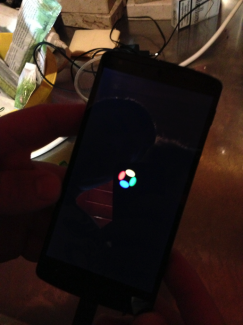 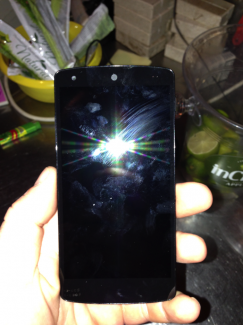