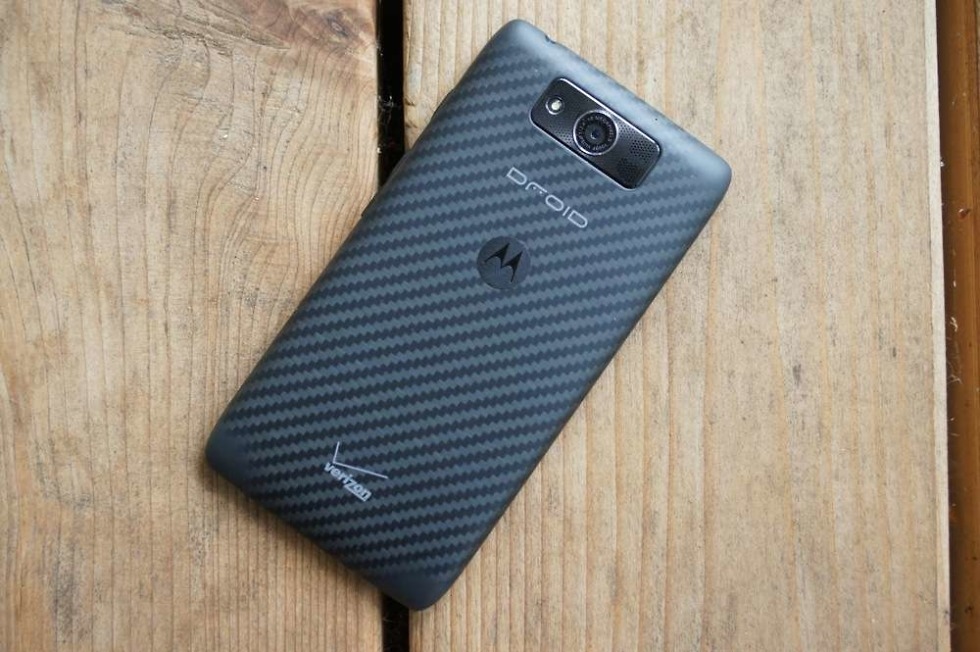 Sorry for the wait, but here is our look at the DROID MAXX. After having already reviewed the DROID ULTRA, you should be able to get a general sense of what to expect if you plan on purchasing this device. The only differences between the MAXX and the ULTRA are the battery, bit of thickness that comes with it, and a matte finish over the ULTRA’s glossy exterior. The ULTRA features a 2,130mAh battery and is 7.2mm thin, while the MAXX sports a beefy 3,500mAh battery and measures in at 8.5mm. Other than that, the phones’ processors, display, camera, software and everything else are identical.

Again, for a deeper look at this phone’s software features and everything else besides overall feel and battery, check out our ULTRA review and Moto X review.

Let’s break it down and see if the MAXX will get you through a day’s hard work.

Much like it’s brother, the MAXX features a healthy list of specifications for a 2013 carrier flagship device. I say carrier flagship, because you won’t be seeing Motorola touting this device as their main baby. Sure, it’s a good device, but you have so much hype surrounding the Moto X that you are more likely to push more of your marketing dollars into an already-winning phone. Just like the RAZR MAXX HD, the DROID MAXX will be marketed heavily by Verizon, given that the MAXX HD was a general success for Big Red.

Beyond just the battery, the phone sports good specs, including a 5″ 720 OLED display, a dual-core Snapdragon S4 Pro processor clocked at 1.7GHz, 2GB of RAM, the Motorola X8 Computing System built in relation with Qualcomm, a 10MP back-facing camera, Bluetooth 4.0, NFC, 32GB of internal storage and the ever-listening power of Touchless Control. In comparison to the Galaxy S4 or the LG G2, it may seem ill-equipped, but it holds its own and I never experienced any type of lag or slowed performance. Plus, to help keep that battery life long, it’s clear why Moto would go for the 720p display and less-powerful processor. While it would be nice to have the added performance and 1080p display, for us to say they are necessities yet would be an exaggeration. Although, that’s not to say we don’t like our 3GB of RAM and quad-core processors – we most certainly do.

The main reason, and pretty much the only reason we are here right now – the battery. The DROID MAXX is the exact same phone as the DROID ULTRA, but features a massive 3,500mAh battery that is capable of providing up to 48 hours of talk time , according to Motorola and Verizon. From my time with it, I was pretty much blown away at how I couldn’t kill this phone’s battery like other phones. After days of playing Candy Crush and watching YouTube videos in HD, the battery always lasted about a day and a half. Of course I didn’t stay on the phone with anyone for 48 hours, but this device lasted longer than any other phone I have used. 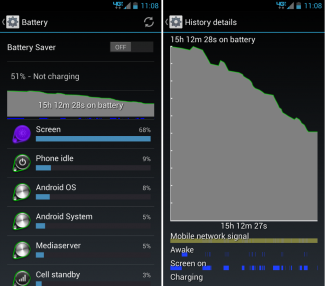 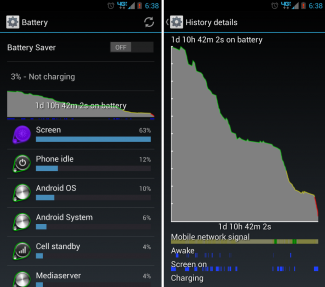 We have probably talked about this a few times, but the light additions of UI and software tweaks that Moto adds in on top of stock Android is quite nice. For example, neither Kellen or myself can live without Active Display. This feature needs to just find its way to every Android phone out there. To get a sense for what all Motorola added in, check out this video of Kellen demoing these features on the Moto X. All of the same exact features are found on the MAXX.

If you are torn between the ULTRA and MAXX, one other bonus for the MAXX is its design finish. Rather than using the fingerprint-magnet-of-an-epoxy-topcoat that was used on the ULTRA, Motorola went with a soft-touch, matte kevlar finish on the back of the MAXX. It feels much more premium than the ULTRA, similar to what you found on last year’s RAZR HD models.

Another subtle difference from ULTRA to MAXX that I had yet to mention is wireless charging. If you go with the MAXX, you can buy a variety of wireless chargers, set your phone onto one, and never worry about plugging into a microUSB cable again.

Much like the DROID ULTRA and Moto X, the camera leaves quite a bit to be desired. In certain situations, where the time calls for a good macro shot, the camera performs quite well. Anything over 5ft. for some reason, the camera takes you right back to old smartphones with no more than 5MP sensors. I don’t know what it will take for Motorola to step up their camera game, but they need to do something soon before I lose all hope completely. Do not buy this phone in hopes of taking crazy awesome smartphone photos to put on your Instagram. And I would know, since that’s all I ever do with my phone’s camera. 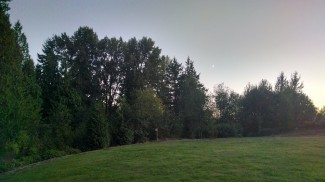 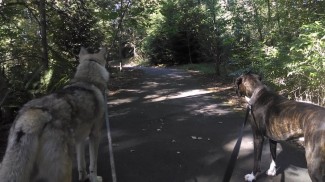 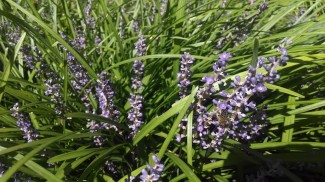 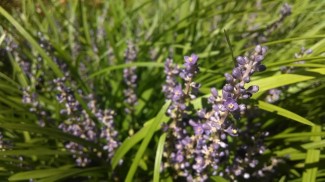 We here at DL are hoping that these could be the last Motorola phones (ULTRA and MAXX) to come from the old pipeline that the company had before Google bought them. Being that we are approaching 2014, we need to start seeing some type of unification between devices, especially when they are coming from the same OEM. The Moto X comes with on-screen keys, and both the MAXX and ULTRA would have been so much more beautiful without those nasty-looking capacitive navigation buttons along the bottom of the device. The bezels would be much smaller, allowing for a more enjoyable user experience. With the way Android has evolved over the years, the need for these keys has become very obsolete.

We have talked a lot about the pricing of Motorola’s new lineup of phones. With specs (on paper at least) that do not match up to other flagships in the industry, one could easily argue that phones like the DROID MAXX are overpriced, especially at its premium $299 price point. And when you compare that to the recently announced Galaxy Note 3, which is also priced at $299 yet has a 1080p display, included S Pen, 3GB RAM, Snapdragon 800, and camera that records in 4K, you should’t feel bad about questioning Verizon and Motorola’s pricing. 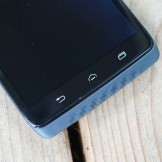 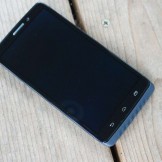 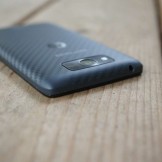 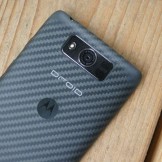 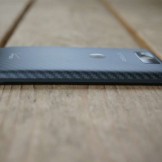 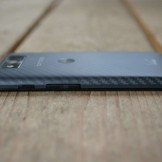 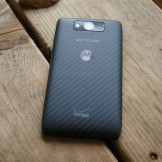 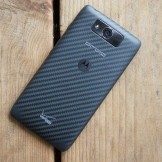 Once again, this review was short for the simple reason that the DROID MAXX is the exact same phone as the DROID ULTRA, but with a larger battery and different exterior finish. For a more in-depth look at the software features and everything else this device offers, please see our ULTRA review right here.

As for whether the MAXX should be your next phone, I could easily see myself recommending it to anyone that doesn’t mind a large device or the $299 price tag. Sure, it has capacitive buttons instead of on-screen and its in-hand feel is somewhat over the top, but the device performs quite well, will easily last you all day long with heavy usage and blends just the right amount of stock Android with custom UI tweaks done by Motorola.

If you are a current DROID RAZR MAXX owner, it’s a no brainer.