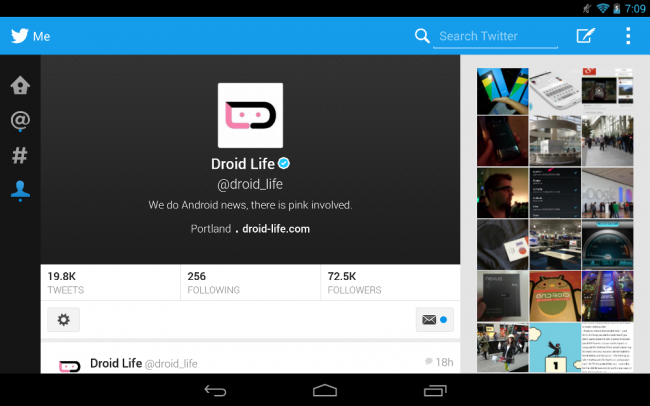 The folks over at Android Next were cruising the IFA show floor last week when they stumbled upon Samsung’s new Galaxy Note 10.1 tablet and noticed that it was running what appeared to be an official Twitter app for tablets. As Twitter fanatics are aware, the official Twitter app for Android tablets has been missing, well, since day 1. iOS has one for the iPad, but Android still doesn’t – at least until now…sort of. The app was pulled (we’re assuming) from the show floor Note 10.1 that AN was fondling, so it’s not like this app is officially available. In fact, we aren’t sure if this version was on the Note 10.1 because Samsung struck some deal with Twitter to exclusively house the app for some time, or if they were just lucky enough to get to test it on their tablets before anyone else. Either way, the .apk is now available for anyone willing to give it a run.

As you can see from the screenshots, your buttons for timeline, mentions, hashtags, and profile are now off to the left side. The far right panel is often used in screens to display additional info such as pictures, profile details, and other popular Twitter items. The app works in both landscape and portrait, and for whatever reason is an older build of 4.1.1 (the newest Twitter release is 4.1.7).

If you want to install, this is for tablets only. I’m sure it could work on a phone, but I’d imagine the experience would look all sorts of squishy. Also, you may have to uninstall your current version of Twitter in order to install this. Give it a go! 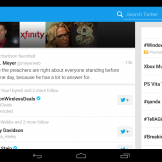 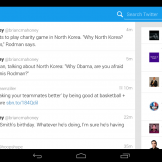 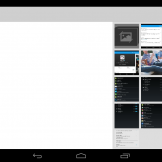